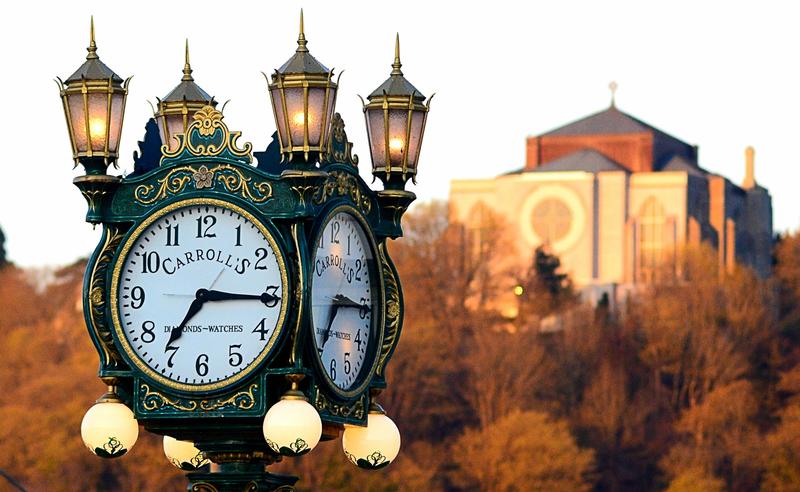 Daylight saving time goes away this Sunday, November 1. You’ll get an extra hour of sleep from the time-change ritual. But wait, wasn’t this hassle of resetting our clocks supposed to go away? Bide your time, folks, because multistate coordination and inaction by Congress is mucking with the gears.

“What I was hoping for is that we would do one more switch in the spring and then that would be it. We would be on daylight saving time permanently,” said state Rep. Bill Post, who carried the year-round daylight saving time bill in the Oregon House. “That was my hope. There’s still time.”

“The fall back I don’t really care so much about. Hey, it’s an extra hour of sleep,” said Post. “But the spring forward seems to be the one that affects people. There have even been studies about heart conditions and things. So, I’d like to see us stop that.”

People like Post argue the biannual time change is outdated. Oregon lawmakers made their move to lock the clock contingent on neighboring Washington state and California ditching the switch in unison. But California, which started out gung ho, is now taking its sweet time.

In Sacramento, the clock ran out in August on legislation that called for the Golden State to stay on daylight saving time forever, as directed by a 2018 ballot proposition that passed with support from 60% of voters statewide.

California state senators chose to let the measure die amid concerns about staying in sync with neighboring Mexico as well as scattered constituent pleas to standardize onto year-round standard time. Some argued the quickest way to stop the biannual time changes would be to choose permanent standard time instead of year-round daylight saving time.

Earlier this year, the Idaho Legislature voted to link the northern portion of Idaho, which follows Pacific time, to whatever time observance that Washington state follows.

“It makes a lot of sense to move together,” said Washington state Rep. Marcus Riccelli of Spokane. “I don’t see the benefit of going it alone.”

Here’s why Congress needs to get involved: States can adopt year-round standard time, but the federal Uniform Time Act does not currently allow for year-round daylight saving time.

In mid-September, Rubio introduced a new, pandemic version of the Sunshine Protection Act that would only cancel this fall’s time switch and next March’s “spring forward.” The temporary extension of daylight saving time would provide one year of stability for families who are already dealing with plenty of other disruptions brought by the COVID-19 pandemic, Rubio’s office said. They said keeping that extra hour of sunlight on winter afternoons, as opposed to mornings, would contribute to better health and wellness.

“Our government has asked a lot of the American people over the past seven months, and keeping the nation on Daylight Saving Time is just one small step we can take to help ease the burden,” Rubio said in a press statement. “More daylight in the after school hours is critical to helping families and children endure this challenging school year.”

Neither Rubio’s latest proposal nor any of the four other federal authorizing bills for permanent daylight saving time introduced since last year have gone anywhere in the House or Senate.

“If there ever was a time to take care of this, 2020 was it,” Riccelli said. He sponsored the year-round daylight saving time legislation in Olympia last year. “Unfortunately in COVID times, it’s not the most pressing issue.”

In the last three years, a total of 13 states have enacted legislation to provide for year-round daylight saving time, but they are all waiting for an act of Congress to make the change.