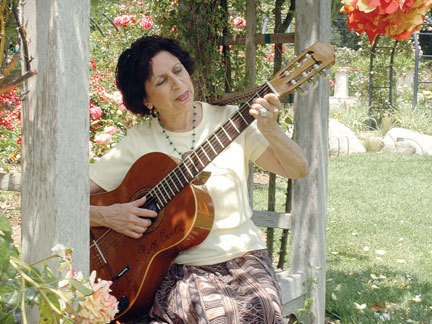 When she moved to the U.S. from Argentina in 1967, Elsa Calandrelli gave herself a stage name in Quechua, the indigenous language of the Andes: Suni Paz, which means “lasting peace.” That’s because, she says, lasting peace is what she wants for the world. The 85-year-old singer and songwriter has dedicated herself to singing for and about indigenous and working-class people, and children of all backgrounds.

For half a century, Paz has performed socially conscious music and traditional children’s songs in Spanish. She’s been an unsung hero of the folk music world — until now. The National Endowment for the Arts has named her one of this year’s Heritage Fellows, the most prestigious award for folk and traditional artists.

“She has been very influential in terms of bringing the experiences of the most marginalized people in much of the world,” says Cliff Murphy, the NEA’s Director of Folk and Traditional Arts.

Argentinean singer-songwriter Suni Paz has been selected for the 2020 class of NEA Heritage Fellows.

That’s not the world Paz was born into. In Buenos Aires, she spent her childhood in a highly educated, creative Argentine family with Italian and Catalan roots.

“My aunt was a poet in France,” she recalls. “There were musicians, artists, painters.” She says her parents would make her and her brother and sister listen to recordings of operas every Sunday. The family swapped poems and tales at the dinner table. “I had so many extraordinary stories that I wrote a book of my childhood.”

She sang in choirs and learned to play guitar at the local peñas, folk music centers. By 14, she was writing and singing boleros. Her life took a 180 when she got married and moved to a farm in rural Argentina to raise angora rabbits. “Ugh, it’s extreme,” she says of those years. “I was plowing the Earth with my husband because otherwise, we couldn’t eat!”

It was there, and in Chile, that Paz learned about the struggles of workers and impoverished children. She saw farmers and miners, peasants “that had to cross the entire Andes carrying an enormous amount of weight on their backs.” Children sometimes froze in the snow. “They were showing me a world that I didn’t know,” she says. “I began writing nonstop about them because I thought it was very, very, very important.”

In Chile, she gave free concerts, singing about poverty and inequality. On television, she lectured about Argentina’s folk poet Atahualpa Yupanqui. By then, she was a single mother with two sons, making a living at an ad agency writing copy and jingles.

Then, in 1967, Paz emigrated to work in the Latin American Studies program at the University of California, Riverside. She began performing in folk festivals, singing about empowered women, political prisoners, the have-nots. She called her style “música de consciencia” — music with a conscience.

“She never thought of her music as protest music. She thought of music as something much deeper, much broader, much more profound,” says Daniel Sheehy, the director of Smithsonian Folkways Recordings, which has released most of Paz’s albums. He says she became associated with a new style of music from Latin America, and puts her in the same category as the great South American singers Violeta Parra and Mercedes Sosa.

“She came along and did her thing before the term nuevo canción became a genre of music,” says Sheehy. “In a way, she’s a precursor of the Latin feminist movement as well. She’s a pioneer in Spanish-language children’s music. She does it all.”

During the Chicano movement, for example, she sang for Luis Valdez’s Teatro Campesino and César Chávez’s United Farm Workers union. Hugo Morales, another 2020 NEA heritage fellow, says Paz was also key to the bilingual radio network founded in 1980, Radio Bilingüe. “She is just an incredible contribution to our audience, which is primarily, you know, essential workers, Latinos in the United States.” 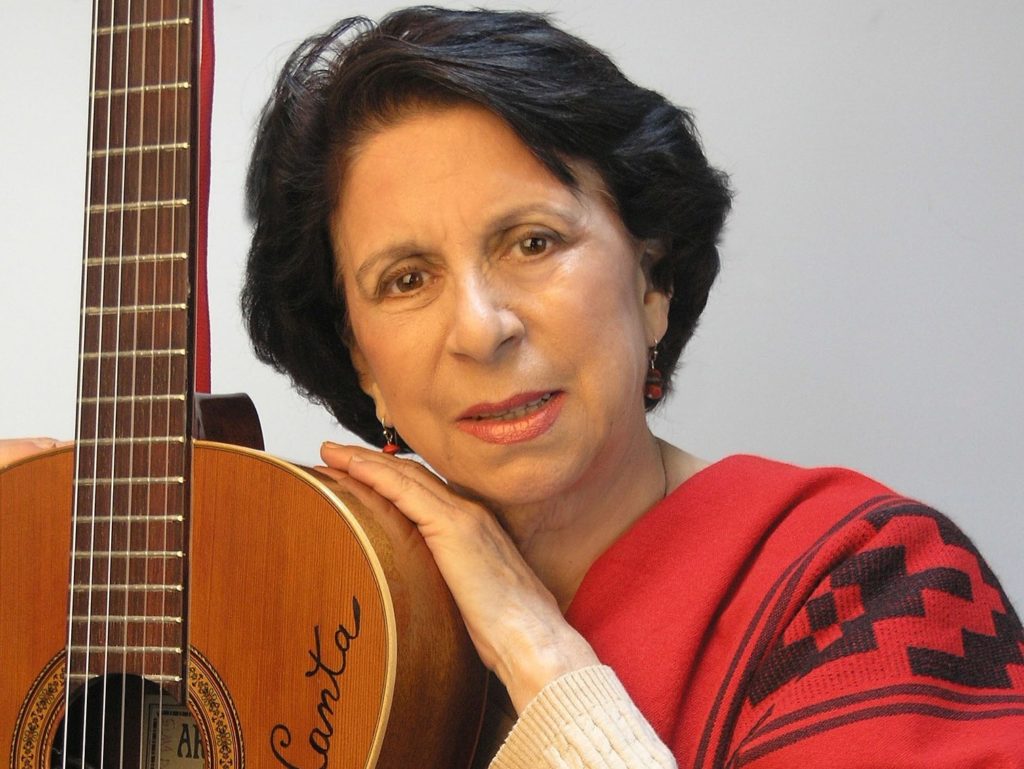 Most significantly, Paz spent decades working with students in public schools, mostly in New York and California. She remembers working with primarily indigenous Black and Latino children whose cultures had been neglected by the school system. Paz made sure to talk with the students about ancient cultures, and she urged them to be proud of their heritage. “The kids received me like I was water in a dry campo,” she says — “you know, in dry land.”

“When she’s with children, it is really like magic,” says Rubinstein. “Suni was able to reach children who had very limited ability to communicate, children who had attention deficit disorders, many difficulties at home. But when Suni was there, children were engaged, they were singing with her in their own language, integrating songs that incorporated a few words in other languages as well.”

After so many years of creating, recording and performing music, often with her sons Juan and Ramiro Fauve, Paz says the NEA award still caught her by surprise. “I didn’t do it expecting honors of any kind,” she says from her home outside Las Vegas. “So this came out like a shower of roses, you know?”

The ceremony honoring this year’s Heritage Fellows was postponed due to the coronavirus pandemic, but Paz says she’ll forever treasure the honor.