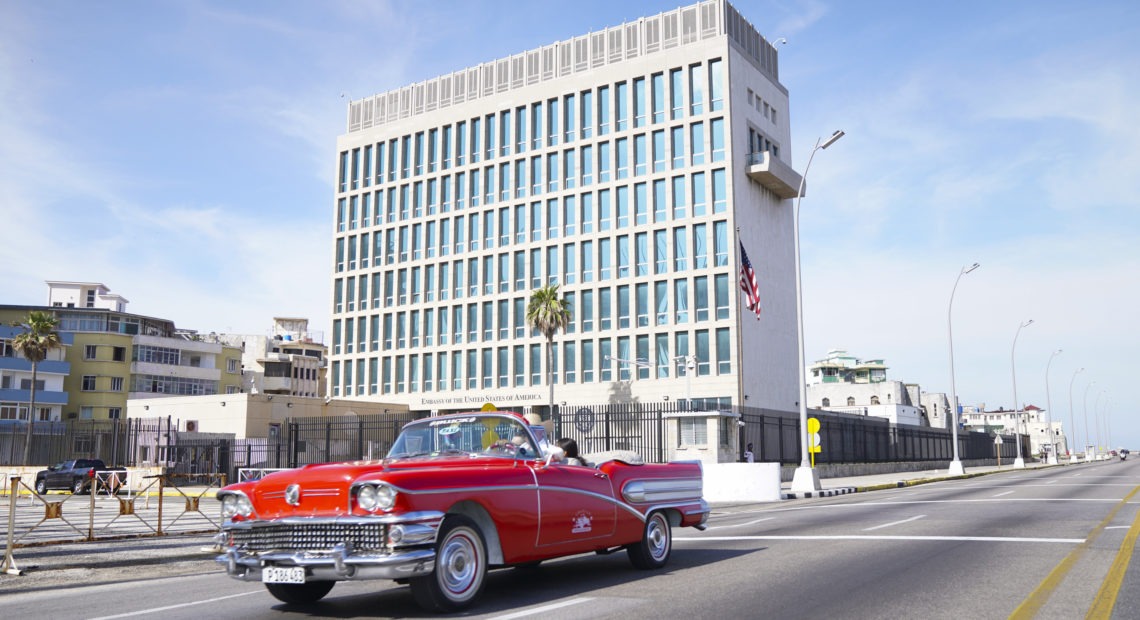 Microwave Radiation ‘Most Plausible’ Cause Of Diplomats’ Ailments, Report Says

Microwave radiation is the “most plausible” cause of migraines, dizziness, memory loss and other ailments that dozens of U.S. diplomats have complained of while serving in Cuba and China, a new report says.

Since 2016, the so-called Havana syndrome has afflicted more than 40 U.S. diplomats at the U.S. Embassy in the Cuban capital and at least a dozen more at the U.S. Consulate in Guangzhou, China. At the request of the State Department, the National Academies of Sciences, Engineering, and Medicine investigated and produced a 64-page report. 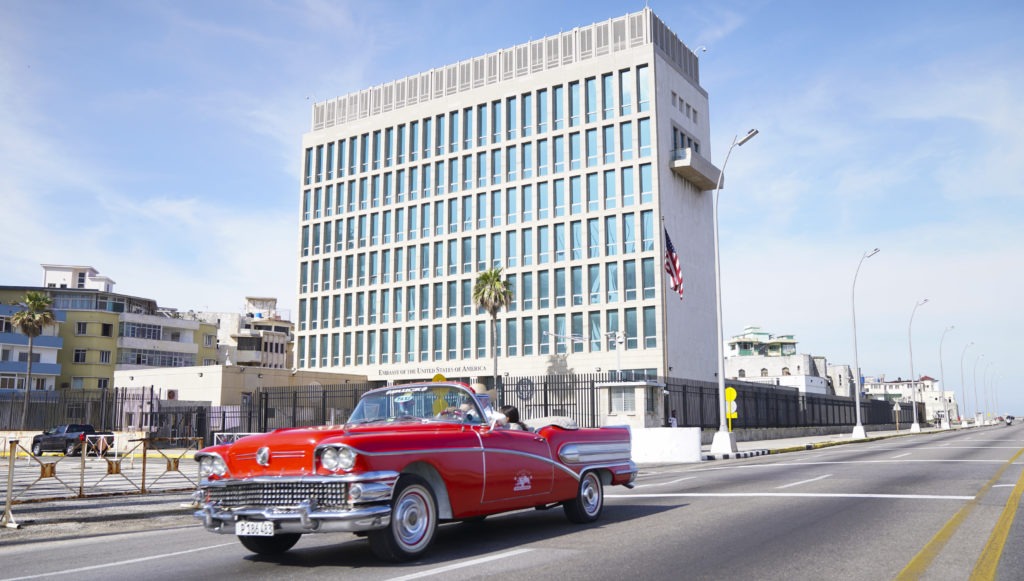 A car drives past the U.S. Embassy in Havana in 2019. Dozens of Americans working at U.S. diplomatic missions in Cuba and China in recent years have suffered from ailments that have included headaches, balance problems and memory loss. CREDIT: Pablo Martinez Monsivais/AP

“The committee [of experts] felt that many of the distinctive and acute signs, symptoms, and observations reported by the Department of State employees are consistent with the effects of directed, pulsed, radiofrequency energy,” the report said.

“What we can say is that something real and significant clinically happened to these people,” Dr. David Relman, a Stanford University professor who led the study, said in an interview with NPR.

“At least some, if not many, of the signs and symptoms that were reported in these patients can be explained by this particular form of microwave radiation,” he added.

The report noted that individual cases varied but that many diplomats described a common pattern:

“The sudden onset of a perceived loud sound, a sensation of intense pressure or vibration in the head, and pain in the ear or more diffusely in the head. Most individuals reported that the sound or these other sensations seemed to originate from a particular direction and were perceived only when the individual was in a specific physical location. Some also reported sudden onset of tinnitus, hearing loss, dizziness, unsteady gait, and visual disturbances.”

Some of the diplomats have complained that the State Department has been slow or reluctant to provide sufficient support. A number of them have retired, saying their ailments were so debilitating they could no longer work.

The State Department said it welcomed the report but described it as part of a continuing inquiry, not the final word on the matter.

“The investigation is ongoing, and each possible cause remains speculative,” the State Department said. “The report notes that the ‘constellation of signs and symptoms’ is consistent with the effects of pulsed radiofrequency energy. We would note that ‘consistent with’ is a term of art in medicine and science that allows plausibility but does not assign cause.”

The National Academies’ committee consisted of 19 experts in neurology, radiology, electrical engineering and other relevant fields.

Still, Relman acknowledged that the committee faced some limitations. It reviewed aggregated medical information of the diplomats who were examined at the University of Pennsylvania, the University of Miami and the National Institutes of Health.

The doctors at those institutions described the diplomats’ ailments as real, but they could not determine what was causing them and did not find evidence of traumatic brain injury.

The National Academies’ committee did not have access to individual records, though eight diplomats shared their stories with the panel, Relman said.

However, there has been no shortage of speculation. Perhaps the intent was to injure the diplomats. Or maybe the aim was to electronically steal secrets from their phones and computers, and the officials were just collateral damage.

China and Cuba have denied any such actions.

More than a dozen Canadian diplomats in Havana suffered symptoms similar to those of the Americans at roughly the same time.

In addition, a CIA official said he and a colleague were struck with crippling illnesses during a trip to Russia in 2017. Several other CIA officers working on Russia issues in other countries have also reported ailments. Those cases were not covered by the report.