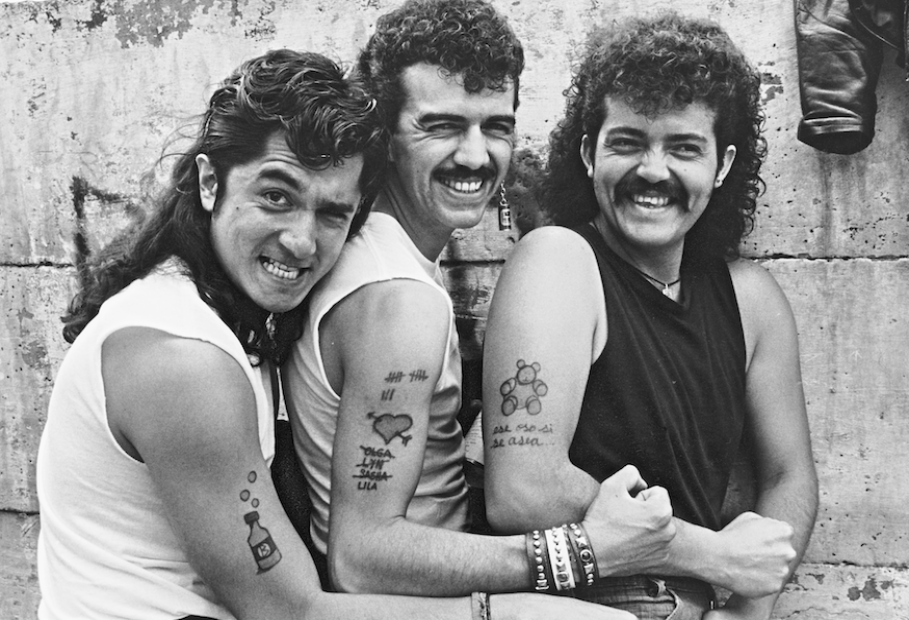 In the 1960s, as rock and roll became America’s most popular music, the genre also began to take hold in countries like Argentina, Mexico and Chile. Netflix’s new six-part documentary series, Break Everything: The History of Rock in Latin America, explores the music from the ’60s to the present.

Break Everything — Rompan Todo in Spanish — begins in the early ’60s in Mexico, where bands like Los Teen Tops started covering American hits. Others, including Mexico’s Los Locos del Ritmo and Uruguay’s Los Shakers also inspired many young musicians across Latin America to play their own version of rock. 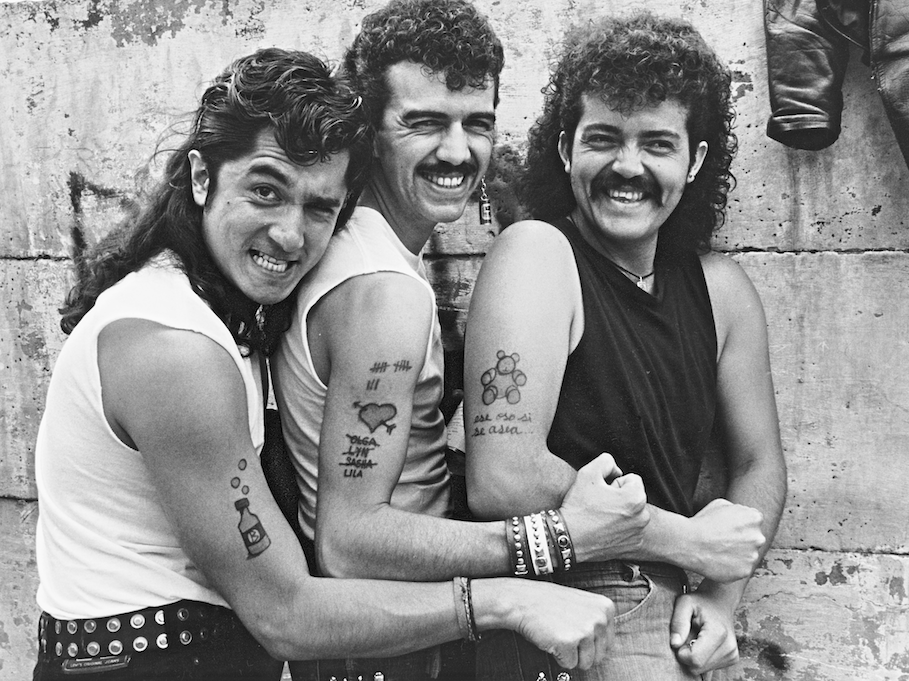 Sergio Arau (center) poses with fellow Botellita de Jerez bandmates. They were one of the most influential groups in the ’80s after rock re-emerged in Mexico following 15 years of censorship and repression. CREDIT: Lourdes Grobet

When Entel started writing the series, his vision was of two different timelines. The first was the history of rock. The second was the history of the most important events in politics, economics, crime and arts in Latin America, which included Mexico City’s student movement and the subsequent 1968 massacre of student protesters at the hands of the government.

“It was very tragic, very violent,” says guitarist and singer Sergio Arau, who founded the influential Mexican rock band Botellita de Jerez in the ’80s. “That’s the generation of drugs and hippies. This was a very intense period everywhere.” At the time, Arau was a 16-year-old high school student.

The counterculture went underground until 1971, when rock reappeared at the Avándaro Music Festival, held in the countryside outside Mexico City. Inspired by Woodstock, the Latin festival had similar problems to its predecessor. Organizers expected a few thousand to attend, but more than 200,000 people showed up. There was drug use, sex and nudity. The media jumped on it.

Arau played at the festival with his first band, La Ley de Herodes.

“There was a news media campaign, on newspapers, radio and television, calling us degenerate, drug-addicts and all kinds of names,” he says. “After that, there was a tough repression: all the rock clubs had to close or change their music programming to salsa or folk music, and rock disappeared.”

But in Argentina, the rock scene flourished cautiously until the mid-’70s, when the country’s military dictatorship cracked down. The government arrested, beat, jailed and disappeared anyone who organized, protested or simply appeared to pose a threat, including musicians.

Gustavo Santaolalla, now a two-time Academy Award and multiple Grammy and Latin Grammy winner — and a co-narrator and executive producer of Break Everything — was one of those arrested.

“I didn’t do anything. I didn’t belong to a political party, I didn’t do any drugs, so what was the reason? They called it ‘averiguación de antecedents,’ to check your record,” Santaolalla says.

Santaolalla explains that the same kind of repression carried out in Argentina was also happening in Chile during the Pinochet dictatorship.

“At the time, we were living very similar realities and we were much more similar than we perhaps could have thought. That’s a great thing that you can see in the documentary,” he says.

Argentine Picky Talarico directed the docuseries. “It’s the story of a continent,” Talarico says. “It’s not only music. It’s about social changes and political changes, and working through crises together and how rock took a very important role in all of that.”

Most of the musicians featured in Break Everything are men, a reflection of the imbalance within the scene. Colombia’s Andrea Echeverri, of the band Aterciopelados, recounted her experience during a 1999 U.S. tour with other bands for the docuseries.

“There were 88 men and two women, an American woman doing production and me. That’s how my life was for a long time. And it was horrible, seeing all the men, how they start to transform after a few days without their women, and they turn into horrible beasts, drooling. I would see that and I’d run to my room,” Echeverri said on camera.

As the series points out, today women are increasingly more visible in the rock scene across Latin America, adding new voices and new sounds to the music.

That’s one of the strengths of the series, according to Arau. The story shows how rock grew to offer Latin American musicians and audiences a voice to talk about their own problems.

“It wasn’t about translating and doing covers of American rock tunes,” he says. “Musicians were talking about what they were living every day in the streets: the social conflicts, the government abuses, the police brutality.”