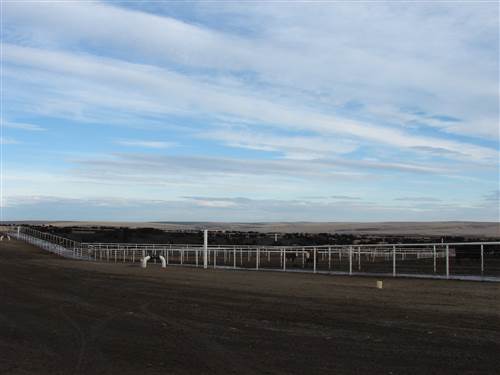 ‘Cattlegate’ Moves Forward: What About Those Cows As Easterdays, Tyson Battle Over Herd Of 54,000

In southeast Washington, the welfare of more than 50,000 head of cattle is worrying Tyson Fresh Meats.

Can the herd continue to be fed and cared for while the company set up to guard over them, Easterday Ranches, files for federal bankruptcy?

“The immediate problem is the remaining 54,000 cattle, which have to be fed, managed, and grown to maturity for delivery to Plaintiff’s processing plant [Tyson],” Tyson said in a superior court lawsuit filed last month, asking for a neutral third party to take over. “… financial distress (including insufficient operating cash and potential imminent dissipation of valuable assets), poses a significant and material risk to the health and value of the cattle. Moreover, there is real and significant risk to the public if proper care for the large herd is not maintained.”

In a hearing Thursday, Tyson lawyers said they want to move more than 3,000 young cattle off the Easterday lot as soon as this weekend, and about 12,000 young animals total in the near future. The remaining 41,000 older cattle would stay on the Easterday lot and be moved to slaughter as they grow ready through this summer.

With the Easterday bankruptcy, Tyson has asked a court to appoint a trustee, or neutral caretaker, for the property to protect the valuable assets: cattle.

“Debtor’s management [Easterdays], however constituted, cannot be trusted to keep the interests of creditors of this estate rather than other entities owned by the Easterday family, at heart,” Tyson said in its motion to appoint a bankruptcy trustee.

It’s not clear who is actually feeding and caring for the animals — Tyson, Easterday or the company AgriBeef, which now owns the land where the animals are kept.

But in a Feb. 3 hearing, lawyers for Easterday Ranches said that Easterday would never allow the cattle to wither away and die for lack of care and feed. In the same hearing, Tyson said it would wire $1.75 million for immediate feeding.

On Jan. 22, days before Tyson filed its lawsuit, Easterday Ranches sold its feedlot called the North Lot in Franklin County. It was a quick-turn deal for $16 million, selling to AgriBeef, a meat-cutting competitor of Tyson.

AgriBeef spokesman Jay Theiler says there’s no question the cattle belong to Tyson, even though his company now owns the frosty ground on which the cattle stand and sleep.

Theiler did not respond to additional questions from the Northwest News Network.

There are now 53,000 cattle left, as 1,000 have already been “delivered for harvest,” Tyson spokesman Gary Mickelson said in an email. “…Tyson is keenly focused on the health and wellbeing of the cattle that remain at Easterday Ranches.” 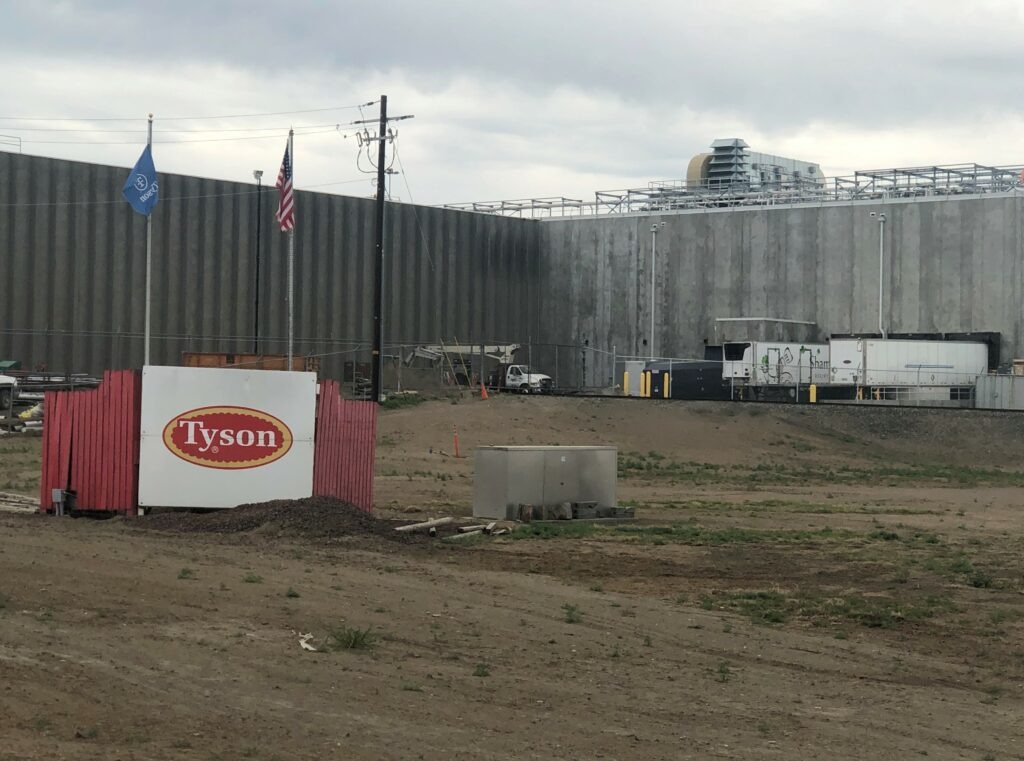 Tyson, AgriBeef and Easterday have not responded to requests for additional information about who is taking care of the cattle.

“A lot of moving parts”

The Washington state Department of Agriculture says it’s had no calls of concern for animal welfare at the North Lot, or other Easterday properties.

And there have been no reports of the cattle running out of food.

To keep a mega-feedlot rolling, a lot of feed would have to funnel into the yard from a complex web of sources throughout the Columbia Basin and across the country.

“There are a lot of moving parts in a feedlot,” according to Frank Mitloehner, a professor and expert in the environmental management of cattle at the University of California, Davis. “If it’s moving well, it’s like a well-oiled machine. Everything works. The feedmill knows what ingredients are needed, they know how to mix the ration. You have a well-trained veterinary team. You have pen riders that know the animals,” Mitloehner said. “If all of a sudden the entire management is gone, then you have to replace the team in a hurry.”

A young-adult steer of about 18 months could eat about 22 to 26 pounds of dry feed a day, and drink about 5 to 8 gallons a day, according to Galen Erickson, a University of Nebraska nutritionist who focuses on feedlot nutrition.

To keep up with 53,000 hungry munchers, the ranch would have to take deliveries almost daily: piles of wheat, corn or barley; stacks of hay and additional supplements like calcium and potassium — nearly 690 tons of dry feed a day.

And feedlots take many hands.

“An old rule of thumb is you need about one person for about every 1,000 head [of animals],” Erickson says. “So you might need about 50 to 75 people total to care for those animals —  and that includes weekends and holidays.”

According to the bankruptcy court hearing Thursday, Easterday Ranches and Easterday Farms employ about 400 people.

Tyson is concerned about the ability of Easterday Ranches to pay for feed and care, according to court documents.

Mitloehner, from UC Davis, says if the animals are stressed, Tyson would literally see the stress in the meat, because it would have less marbling than expected or be a darker color, known as “dark cutters.”

“If the animals were not being taken care of properly, there would be health issues in the animals,” he says. “Animals that would normally gain 3 to 4 pounds a day would gain nothing per day or lose weight. When you run a feedlot like this you can predict to a decimal of how these animals perform,” he said. 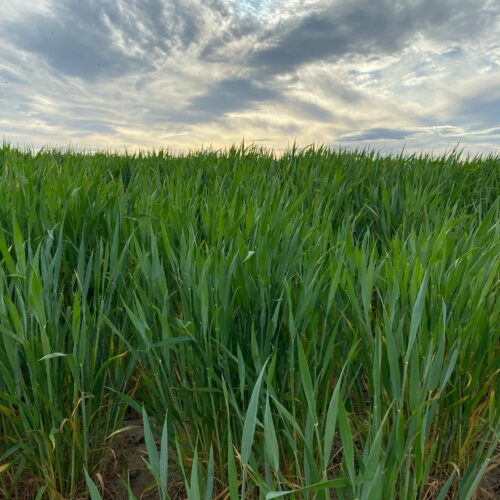 The agricultural arm of The Church Of Jesus Christ Of Latter-day Saints — Farmland Reserve, Inc. — has agreed to pay about $210 million for a major swath of southeastern Washington farm ground. Continue Reading Major Swath Of Easterday Land In Southeast Washington Goes For Nearly $210 Million At Auction

Nearly 12,000 acres of Easterday family farmland in Benton County will likely sell for more than its $210 million asking price, according to court documents and sources with knowledge of the deal. Continue Reading CATTLEGATE: 2 Land Titans Vie For Massive Swath Of Easterday Property In Southeast Washington