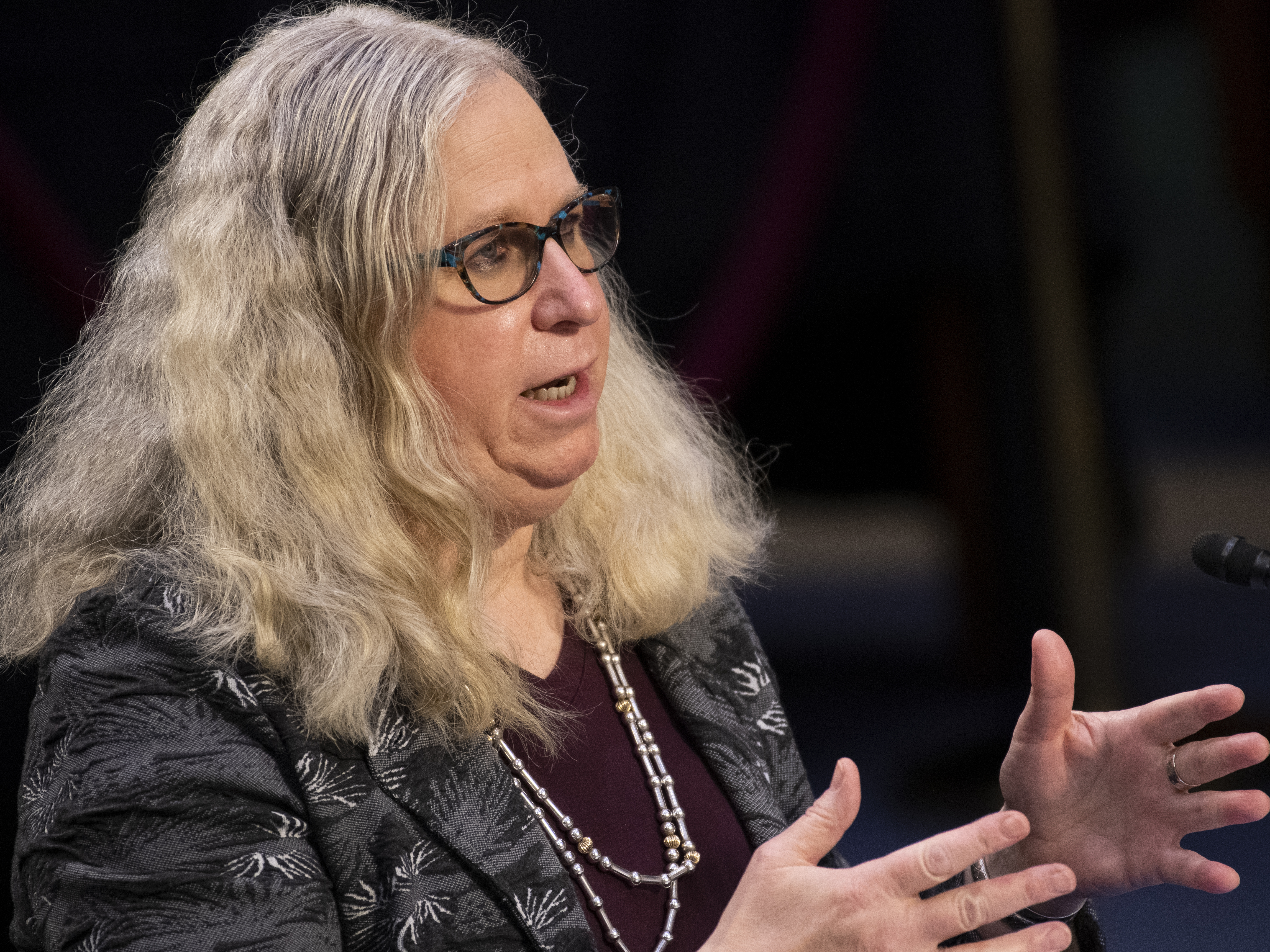 The Senate voted Wednesday to confirm Dr. Rachel Levine as assistant secretary for health in the Department of Health and Human Services. The vote is a history-making one: Levine is the first openly transgender federal official to be confirmed by the Senate.

The vote was 52-48 in favor of her confirmation.

Levine was previously Pennsylvania’s secretary of health, where she led the commonwealth’s COVID-19 response.

Before the vote, Sen. Patty Murray, D-Wash., urged her colleagues to support Levine’s nomination, calling her a “trusted voice” for Pennsylvanians on matters, including opioid prescribing guidelines, health equity and LGBTQ health care.

Murray also noted the significance of the vote.

The Senate voted Wednesday, March 24, 2021 to confirm Dr. Rachel Levine as assistant secretary for health in the Department of Health and Human Services. The vote is a history-making one: Levine is the first openly transgender federal official to be confirmed by the Senate. CREDIT: Caroline Brehman/Pool/Getty Images

“I’ve always said the people in our government should reflect the people it serves, and today we will take a new historic step towards making that a reality. I’m proud to vote for Dr. Levine and incredibly proud of the progress this confirmation will represent, for our country and for transgender people all across it who are watching today,” she said.

Levine began her medical career as a pediatrician at Mount Sinai Medical Center in New York, and she is a professor at the Penn State College of Medicine, where she teaches on topics such as adolescent medicine, eating disorders and transgender medicine. She is a graduate of Harvard College and the Tulane University School of Medicine.

In a statement in January about the nomination, President Biden said Levine “will bring the steady leadership and essential expertise we need to get people through this pandemic — no matter their ZIP code, race, religion, sexual orientation, gender identity or disability — and meet the public health needs of our country in this critical moment and beyond.”

Levine replied, “Transgender medicine is a very complex and nuanced field with robust research and standards of care that have been developed and, if I am fortunate enough to be confirmed as the assistant secretary of health, I will look forward to working with you and your office and coming to your office and discussing the particulars of the standards of care for transgender medicine.”

In her role as Pennsylvania’s health secretary, Levine faced “relentless comments and slurs” about her gender identity, Gov. Tom Wolf said in a statement last summer.

Levine was previously the state’s physician general, a post for which she was unanimously confirmed.

“With very few exceptions my being transgender is not an issue,” Levine told The Washington Post in 2016. She said then that it’s her work for which she wants to be known.