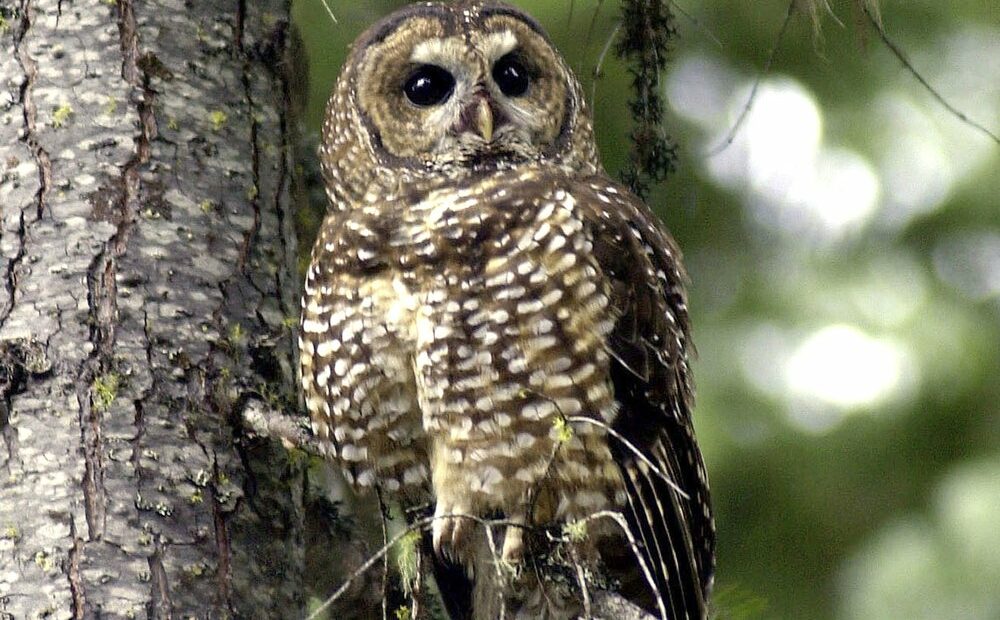 Environmental groups have filed a lawsuit seeking to preserve protections for 3.4 million acres of northern spotted owl habitat from the US-Canada border to northern California, the latest salvo in a legal battle over logging in federal old-growth forests that are key nesting grounds for the imperiled species.

The U.S. Fish and Wildlife Service cut the amount of protected federal old-growth forest by one-third in the final days of President Donald Trump’s administration, a move that was cheered by the timber industry. Democratic lawmakers called the reduction in logging protections “potential scientific meddling” and called for an investigation.

President Joe Biden’s administration has since temporarily delayed putting those new rules into effect in order to review the decision.

The tiny owl prefers to nest in old-growth forests and was listed as a federally threatened species in 1990, a decision that dramatically redrew the economic landscape for the Pacific Northwest timber industry and pitted environmentalists against loggers. The dark-eyed bird was rejected for an upgrade to “endangered” status last year by the Fish and Wildlife Service despite losing nearly 4% of its population annually.

“Even though there’s a decent indication that the (Biden) administration is taking a second look, we didn’t want to leave any room for error,” said Susan Jane Brown of the Western Environmental Law Center, a plaintiff in the lawsuit filed Tuesday in Portland, Oregon. 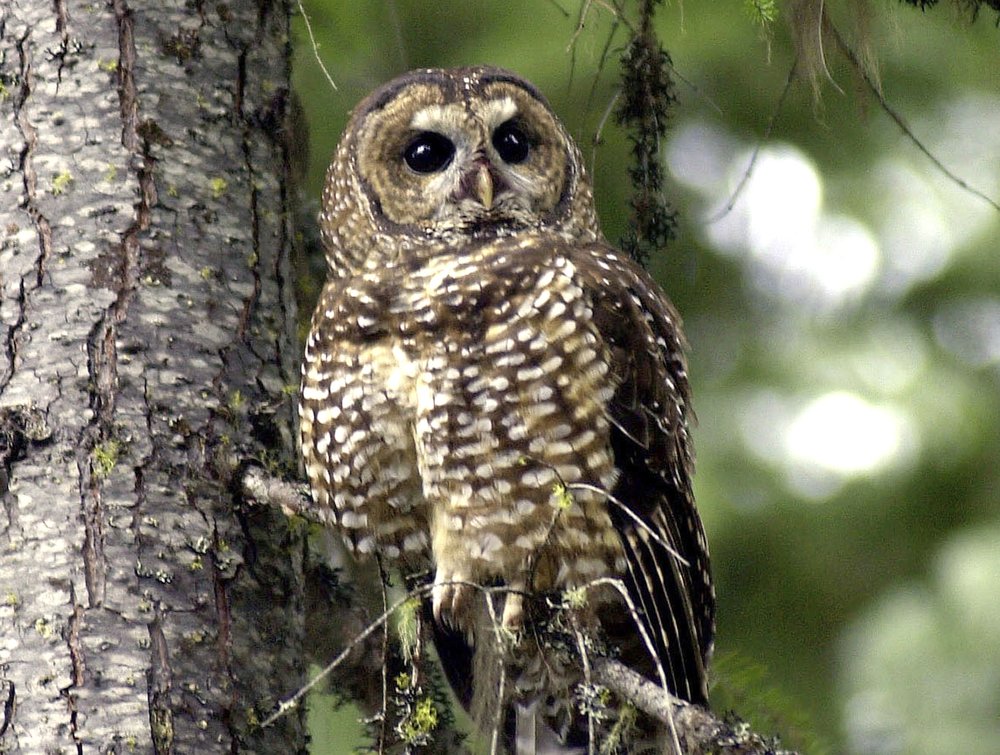 In this May 8, 2003, a northern spotted owl sits on a tree branch in the Deschutes National Forest near Camp Sherman, Ore. CREDIT: Don Ryan/AP

Brown estimated there are fewer than 2,000 breeding pairs of the owls left in the wild, but no one is sure.

The timber industry has “made it very clear that they like the final rule and the elimination of 3.4 million acres of critical habitat,” she said.

Timber interests, including the American Forest Resource Council, filed a lawsuit earlier this month challenging the delay in implementing the new, reduced habitat protections and say the forest in question isn’t used by the northern spotted owls.

The existing protections on logging in federal old-growth forests in the US West have cost Pacific Northwest communities that rely on the timber industry over $1 billion and devastated rural communities by eliminating hundreds of jobs, the group says.

The 3.4 million acres (1.4 million hectares) at the heart of both lawsuits include all of Oregon’s O&C lands, which are big timber territory. The more than 2 million acres (809,000 hectares) are spread in a checkerboard pattern over 18 counties in western Oregon.

The Fish and Wildlife Service agreed in a settlement with the timber industry to reevaluate the spotted owls’ protected territory following a 2018 U.S. Supreme Court decision involving a different federally protected species.

For decades, the federal government has been trying to save the northern spotted owl, a native bird that sparked an intense battle over logging across Washington, Oregon and California. Old-growth Douglas firs, many 100 to 200 years old, that are preferred by the owl are also of great value to loggers.

After the owl was listed under the Endangered Species Act, earning it a Time magazine cover, U.S. officials halted logging on millions of acres of old-growth forests on federal lands to protect the bird’s habitat. But the population kept declining, and it faces other threats from competition from the barred owl and climate change.

The Fish and Wildlife Service has since said the northern spotted owl warrants being moved up to the more robust “endangered” status because of continued population declines. But the agency didn’t do so last year, saying other species took higher priority.