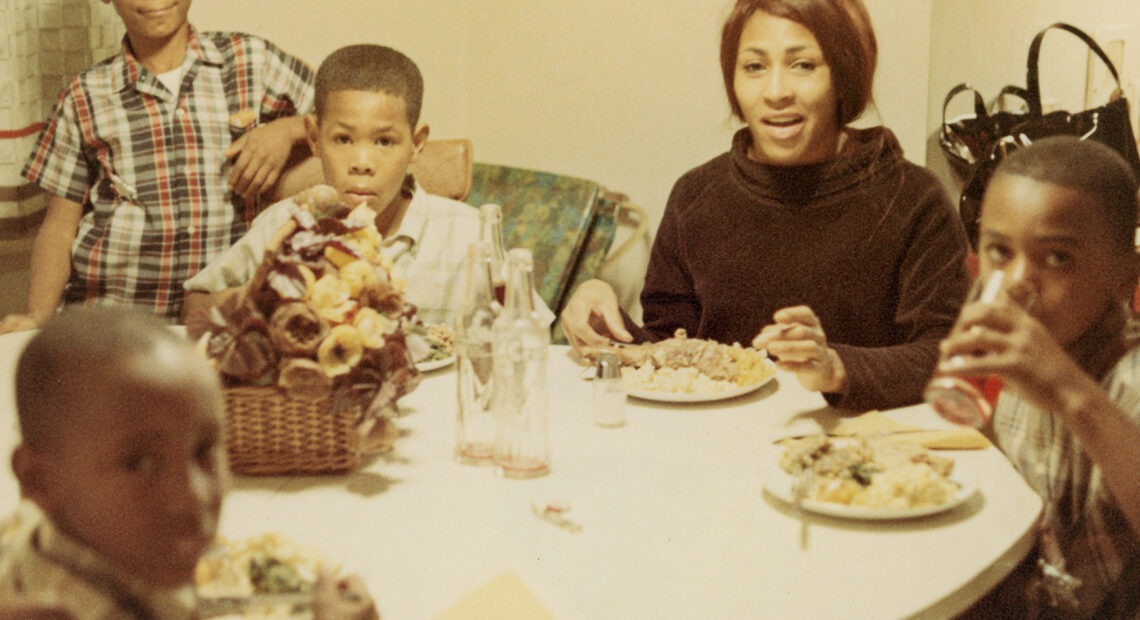 Near the end of HBO’s new documentary, Tina, the movie implies the legendary singer has made a decision: after this film rolls out, Tina Turner just might be done appearing in public and talking about her life. It’s an odd message, coming from a woman whose life story and experiences have inspired at least four books, an Oscar-nominated biopic, a Broadway musical and, now, this new film.

“Some people say the life that I’ve lived and the performances I gave…the appreciation is lasting with the people and I should be proud of that,” Turner says in an interview. “I am. But when do you stop being proud? How do you bow out slowly – just go away?”

Her husband, Erwin Bach, speaks more bluntly in the film just moments later. “She said, ‘I’m going to America and I’m going to say goodbye to my American fans, and I’ll wrap it up.’ I think this documentary and the [musical] – this is it. It’s a closure.”

If true, that’s a loss for the world – if Tina reveals anything, it’s that Turner’s life story is one for the ages. 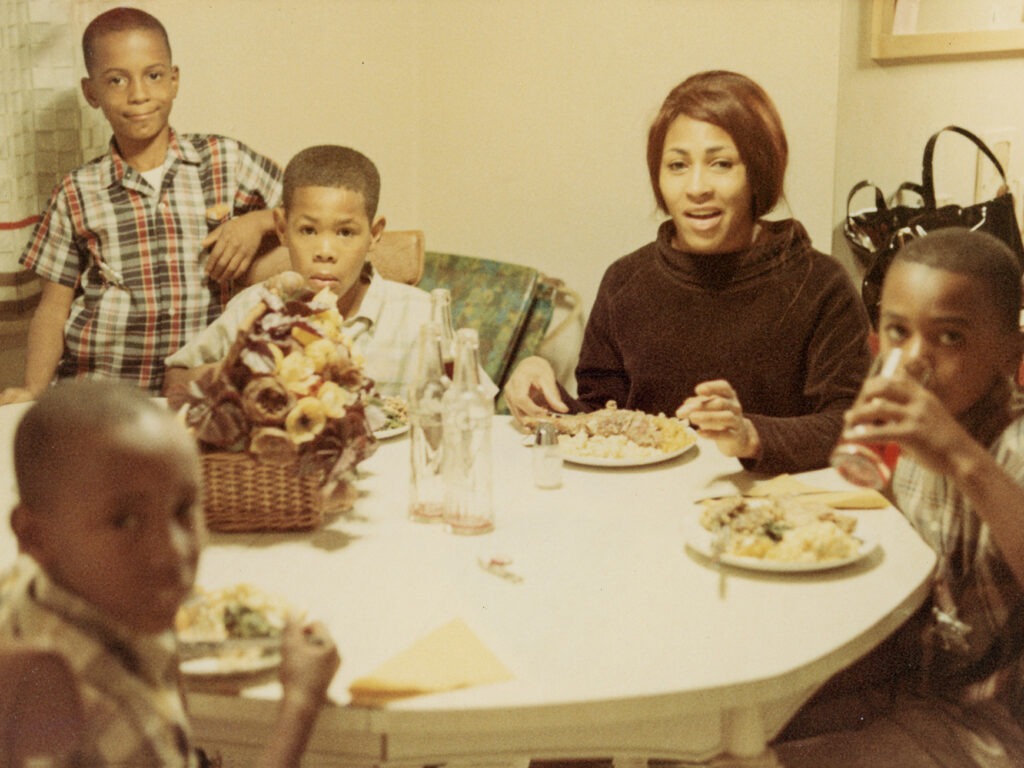 Tina Turner and her children, photographed in 1967. Courtesy of HBO

Born Anna Mae Bullock in poverty in Tennessee, she rose from a dysfunctional early life to international stardom alongside her abusive bandleader husband Ike Turner, eventually leaving him to forge a new identity as an even bigger solo star. It’s a story about survival and the endurance of talent which continues to inspire.

Consider the numbers: Turner has a dozen Grammy awards, many millions of records sold, a star on the Hollywood Walk of Fame and a Kennedy Center Honor. She was voted into the Rock and Roll Hall of Fame with ex-husband Ike Turner; this year, she’s on the ballot as a solo act. NPR placed her 1984 comeback album Private Dancer at Number 34 on the list of 150 Greatest Albums Made By Women.

And yet, Turner herself remains deeply ambivalent about telling her story. The film presents one of those clip montages becoming common in celebrity biopics, displaying the cluelessness and blithe cruelty of journalists, this time asking deeply invasive questions about her abuse at Ike Turner’s hands. (One standout moment: when a journalist asks about Ike Turner during a publicity tour for the film Mad Max Beyond Thunderdome, as Mel Gibson sits next to Tina Turner, looking on uncomfortably.)

Bach recalls how talking about the tough times in her life can lead the singer to relive those moments – even dream about them – like a soldier with PTSD. In another well-chosen clip, the documentary shows Turner at a press conference during the Venice Film Festival for her 1993 biopic What’s Love Got to Do With It, explaining why she hadn’t actually watched the movie.

“The story was actually written, so that I would no longer have to discuss the issue,” Turner says in the clip, as the film’s star, Angela Bassett, sits next to her, a tight smile plastered on her face. “I don’t love that it’s always talked about… this constant reminder, it’s not so good. I’m not so happy about it.”

Watching the story of her life unfold in Tina, you get the sense that avoidance is an important part of Turner’s survival mechanism. Which highlights a sad irony: The stories of triumph and perseverance that have led so many fans to adore her – and has fueled so many books, films and added weight to hit records like What’s Love Got to Do with It – are often painful for her to recount.

Still, Tina convenes an impressive array of sources to re-examine Turner’s life, including Bassett; friend Oprah Winfrey; Kurt Loder, the MTV News anchor who co-authored her bestselling biography I, Tina and playwright Katori Hall, among others. There’s a wide array of archival clips showing Turner in her performing prime; Ike Turner, who died in 2007, is represented through footage from old interviews.

The facts of her life are the stuff of rock legend. Ike Turner, an early pioneer in ’50s-era rock and roll, included her in his band after hearing her sing during an intermission at a show. He renamed her Tina Turner and they built an act together over about two decades, before his abusive ways led her to run away and then divorce him.

Left with little more than the stage name her ex-husband gave her, Tina Turner rebuilt her career and her life to become one of the most successful female artists in rock history. Tina the film fills in the details, describing how afraid she was of Ike Turner, how she tried to commit suicide while married to him and how she eventually fled during a trip to Dallas.

The film reveals things casual fans might not know. That Turner felt rejected by her parents, especially her mother, who left the family when she was young. That her record company, unenthused about a middle-aged Black woman who wanted to sing rock and roll, nearly dropped her (one former executive recalls his boss using the n-word in reference to her). That she initially hated the song that would become her most successful single, “What’s Love Got to Do with It.”

And that, until 1986 when she met Bach — a German record company executive, 16 years her junior, sent to greet her at an airport — Turner never felt loved.

“I have not received love, almost ever in my life,” she told Loder during interviews in 1985 for I, Tina, which play in the film. “I had not one love affair that was genuine and sustained itself. Not one. I’ve been through f*****g tons of heartbreak….Why can’t someone see the beauty in the woman it is that I am?”

Like all documentaries produced with the cooperation of its subject, there are blind spots in Tina. Now age 81, Turner has struggled with health problems. She had a stroke in 2013, was diagnosed with intestinal cancer in 2016 and had a kidney transplant – donated by Bach – in 2017. But none of that is mentioned in the film.

It’s arguably one of the most dramatic and compelling challenges Turner has faced in a life filled with them; a woman whose public persona is built around being a vibrant force of nature, who now must cope with aging. And yet, this is a subject Tina turns away from.

The film also doesn’t talk much about race. Even though Turner moved from being an artist forged in the Black-dominated R&B, soul, and blues scenes that birthed early rock and roll to becoming a classic pop and rock star popular with white audiences and living in Europe.

It’s an amazing cross-cultural journey for a Black woman who spent some of her early years picking cotton with her family while growing up in rural Tennessee. But it’s also an issue Tina doesn’t much delve into.

Still, Tina is, in many ways, a triumph: a compelling exploration of one of rock’s most important performers, crafted in a way that, finally, might allow her to stop talking about a history that remains damaging to revisit.