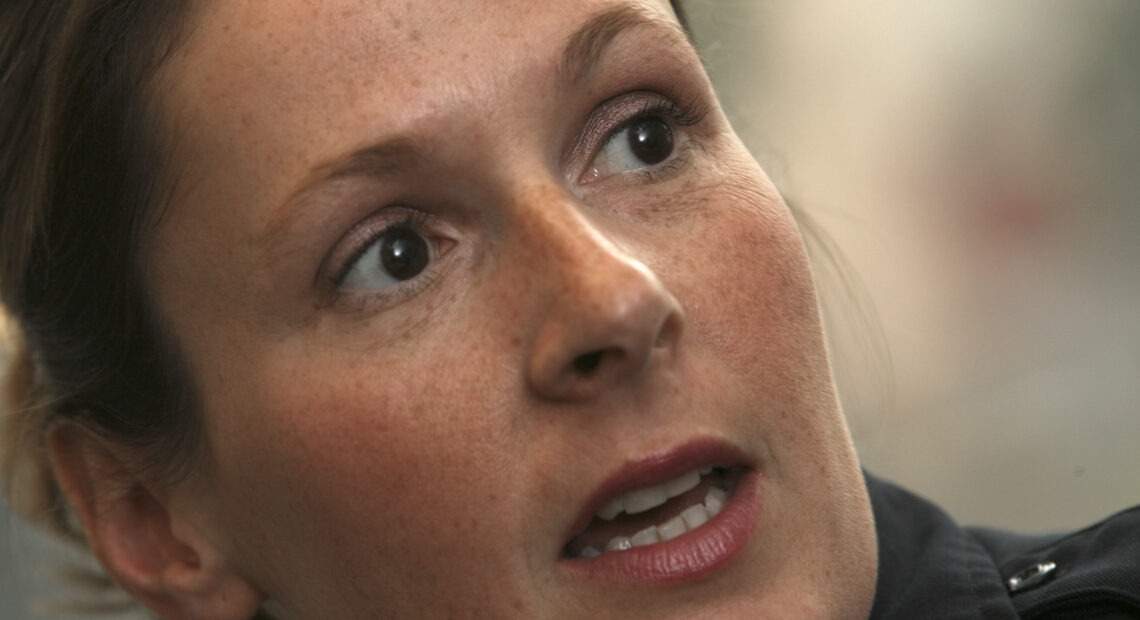 Kim Potter, the former Brooklyn Center, Minn., police officer who shot Daunte Wright, has been charged with second-degree manslaughter, according to Minnesota authorities.

“Certain occupations carry an immense responsibility and none more so than a sworn police officer,” said Imran Ali, an assistant county attorney and head of the county’s major crimes unit. “We will vigorously prosecute this case and intend to prove that Officer Potter abrogated her responsibility to protect the public when she used her firearm rather than her Taser.”

The Minnesota Bureau of Criminal Apprehension announced Potter’s arrest earlier Wednesday. She has been released after posting a $100,000 bond.

Potter shot Wright, a 20-year-old Black man, during a traffic stop Sunday while officers were attempting arrest after discovering an outstanding warrant. In body camera footage, Wright can be seen pulling his hands free and ducking back into the car; Potter yells, “I’ll tase you! Taser! Taser! Taser!” then fires her handgun. Wright died on the scene.

Police officials have characterized the shooting as an accident, saying Potter mistook her handgun for her Taser.

“While we appreciate that the district attorney is pursuing justice for Daunte, no conviction can give the Wright family their loved one back,” attorneys representing the Wright family said in a statement. “This was no accident. This was an intentional, deliberate, and unlawful use of force.”

Under Minnesota law, someone is guilty of second-degree manslaughter if that person causes the death of another through “culpable negligence” and “creates an unreasonable risk, and consciously takes chances of causing death or great bodily harm to another.” The charge carries a maximum penalty of 10 years in prison and a $20,000 fine. 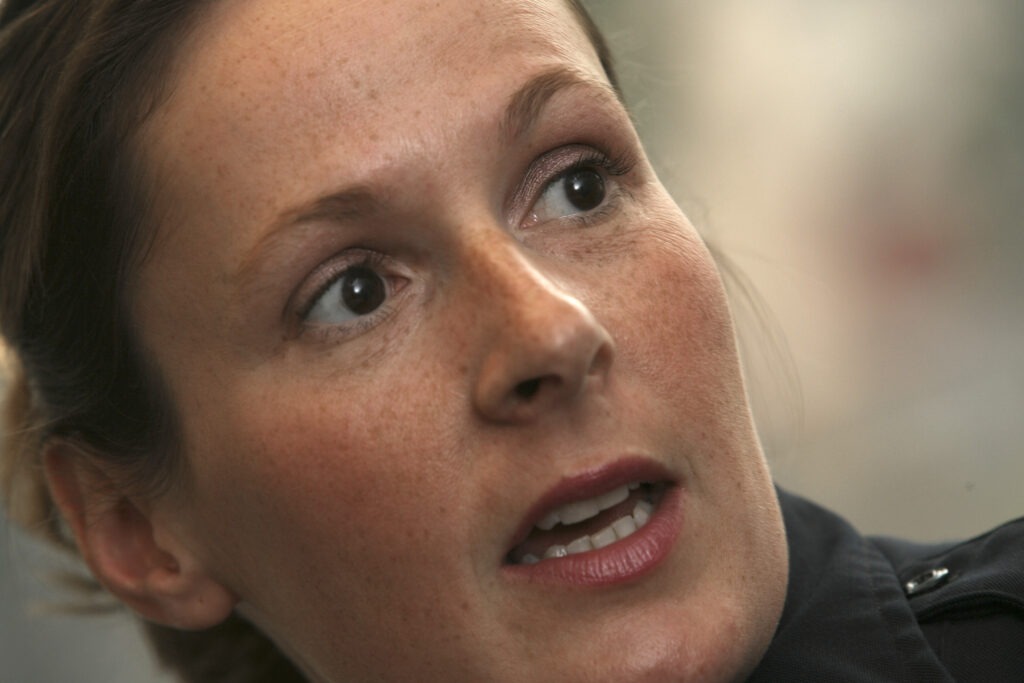 Kim Potter, pictured in 2007, shot Daunte Wright, a 20-year-old Black man, during a traffic stop Sunday. She resigned from the Brooklyn Center, Minn., police on Tuesday after 26 years on the force. CREDIT: Bruce Bisping/Minneapolis Star Tribune via Getty Images

Second-degree manslaughter is among the charges faced by fired Minneapolis police officer Derek Chauvin in his trial in George Floyd’s death, which is nearing its closing arguments.

Potter will be represented by Earl Gray, a high-profile Minnesota defense attorney who has defended multiple police officers. Among his current clients is Thomas Lane, the former Minneapolis police officer who helped restrain Floyd. Gray’s office did not immediately respond to a request for comment.

Potter, who resigned on Tuesday, had served with the Brooklyn Center police force for 26 years. She previously headed the local police union and helped train new officers.

“I have loved every minute of being a police officer and serving this community to the best of my ability, but I believe it is in the best interest of the community, the department, and my fellow officers if I resign immediately,” she wrote in her resignation letter. The letter makes no reference to Wright.

It is rare — but not unheard of — for a police officer to confuse a Taser with a gun. Multiple such shootings have occurred in the years since Tasers have become commonly carried by police. Handguns and Tasers differ in a number of ways; handguns are heavier and made of metal, while lighter-weight plastic Tasers are often brightly colored to help set them apart. Most police departments, including Brooklyn Center, require their officers to carry their Tasers on their nondominant side to help avoid confusion.

Authorities said Potter’s Taser was yellow and that she was wearing it in accordance with Brooklyn Center policy, with the Taser holstered on her left side in a “straight-draw position,” meaning she would have had to use her left hand to draw the Taser.

In most cases, officers who say they mistook their gun for their Taser have not faced criminal charges.

One high-profile exception was in the 2009 case of Oscar Grant, the 22-year-old Black man who died after being shot in the back at the Fruitvale BART station in Oakland, Calif., by a BART police officer, who later said he’d meant to use his Taser. That officer, Johannes Mehserle, was convicted of involuntary manslaughter — the California equivalent to Minnesota’s second-degree manslaughter charge — and ultimately served 11 months in prison.

Though Brooklyn Center is in Hennepin County, the case is being handled by Washington County. The five counties that make up the Twin Cities region agreed last year to refer cases involving police use of deadly force to other counties in the region to avoid conflicts of interest.

Washington County Attorney Pete Orput, who was first elected in 2010, has overseen a number of police shooting cases but has often declined to bring charges.

In a 2012 case where officers shot and killed 19-year-old Mark Henderson as he tried to escape from a motel hostage situation, Orput told the Woodbury Bulletin he was “satisfied” that the officers behaved appropriately. A grand jury convened by the county prosecutor’s office later cleared the officers of criminal wrongdoing. Criminal justice advocates have criticized the use of grand juries in police cases, accusing prosecutors of using them to avoid indicting officers. The city of Woodbury eventually settled with Henderson’s mother for nearly $1.5 million.

In 2018, the brother of a suicidal 22-year-old named Keaton Larson called 911 for help. Larson was wielding a knife, and an officer shot and killed him; Orput deemed that shooting justified.

“This is just another one of those cases that have sadly become almost typical,” Orput said in an interview with MPR News at the time. “A family member is having a mental health crisis … and ends up acting out, leaving cops no alternative but to take someone’s life.”

The mayor of Brooklyn Center, Mike Elliott, has called on Gov. Tim Walz to reassign the case to the state attorney general’s office, as he did in 2020 with the officers involved in Floyd’s death.

The release from the Washington County Attorney’s Office also identified the other officer involved in Sunday’s stop as Anthony Luckey, who was being trained by Potter at the time.