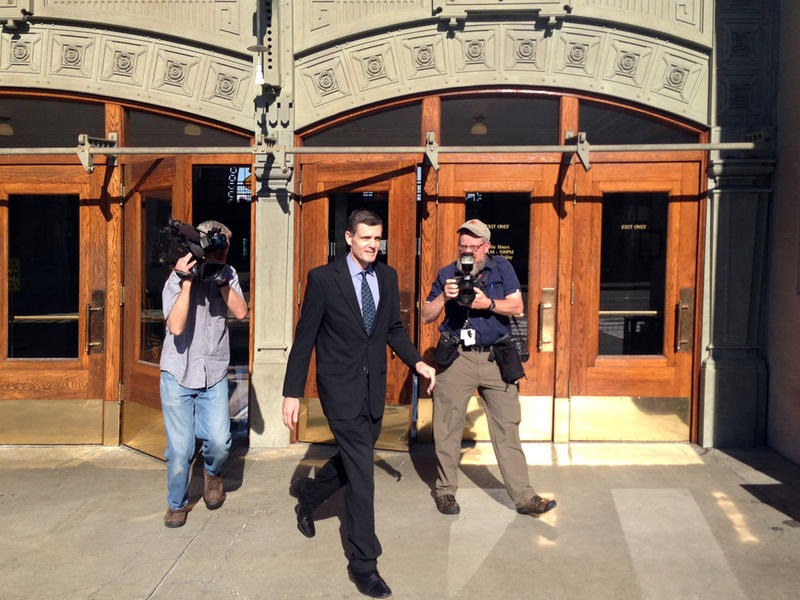 Kelley reported last week to a minimum security camp at a Federal Correctional Institution (FCI) in Herlong, California in the high desert about 50 miles northwest of Reno.

Kelley’s “self-surrender,” which was first reported by KING 5 News, caps a years-long saga that began with a federal indictment in 2015 and led to two trials, a conviction on several charges and a lengthy, but ultimately unsuccessful, appeals process.

Until the very end, Kelley – who remained free throughout the legal process — sought to postpone the start of his time in prison.

In a motion filed just days before his sentence began, Kelley requested an additional 90-day delay so that he could work with a new attorney on a habeas corpus petition to challenge the legality of his detention.

Sometimes described as a last “Hail Mary,” habeas corpus petitions allow prisoners to raise issues that are outside the scope of a normal legal appeal, such as arguing they had ineffective counsel or that there was a problem with their jury.

“The constitutional right to a meaningful habeas corpus motion will be abridged if [the] defendant while in prison has only irregular contact with new counsel who is not fully up to speed on the facts of this complicated case,” Kelley wrote in his pro se motion dated June 22.

That motion was denied.

In opposing Kelley’s request for a delay in reporting to prison, federal prosecutors said Kelly had “spent years protracting his case.”

“It is time for Kelley to start serving the sentence imposed by Judge Leighton,” they wrote, referring to retired U.S. District Judge Ronald Leighton.

In June 2018, Leighton sentenced Kelley to a year and a day in prison, plus one year of supervised release. The sentence followed Kelley’s December 2017 conviction for possession of stolen funds, making false declarations and filing false tax returns. He was acquitted of money laundering.

The convictions followed Kelley’s second federal trial in Tacoma. The first, in 2016, ended with the jury acquitting him of making false statements to the IRS while deadlocking on the remaining charges.

The federal indictment against Kelley stemmed from his work in the real estate services industry prior to becoming state auditor in 2013. Specifically, he was accused of pocketing millions of dollars in fees that prosecutors said should have been refunded to escrow clients. Kelley was also accused of failing to properly report the money on his tax returns and claiming fraudulent tax deductions.

After his conviction, Kelley appealed unsuccessfully to the 9th Circuit Court of Appeals. He then petitioned the U.S. Supreme Court to review his case based on two legal questions: whether someone can be convicted of possession of stolen property for breach of contract and whether Kelley’s conviction violated the prohibition on imprisonment for debt. The Supreme Court denied that petition earlier this year.

However, Kelley has not exhausted all of his legal options. He can still pursue his petition for habeas corpus while in prison. In fact, in denying Kelley’s motion for a delay in reporting to prison, U.S. District Court Judge Benjamin Settle wrote that a petitioner must be in custody to seek relief under a federal habeas petition.

In his motion, Kelley, an attorney by training, did not articulate the grounds on which he would argue that his imprisonment is unlawful. However, he wrote that he planned to retain new counsel because of a potential conflict of interest with his defense lawyers.

Kelley’s trial and appellate attorney, Angelo Calfo, was not immediately available on Tuesday for comment. However, Calfo has consistently assailed the federal prosecution of his client.

“Simply put, this was a situation where prosecutors identified a high-profile target and built a crime around him,” Calfo said in a statement after the Supreme Court declined to review Kelley’s case.

Kelley, a Democrat who served as a state legislator from Tacoma before becoming state auditor, has long-argued that the case against him was “politically-charged,” that there were no victims and that the funds he held onto did not constitute stolen money.

Prosecutors, in turn, argued that Kelley fleeced scores of borrowers to enrich himself and, later, engaged in an elaborate scheme to hide the money.

Having exhausted all of his appeals, a habeas corpus petition represents Kelley’s last hope of relief. But legal experts say it represents an extraordinary remedy and one that is rarely granted. To succeed, Kelley would have to convince a court that there was something fundamentally wrong with his trial that rendered his sentence unlawful or unconstitutional.

In the meantime, for the first time since he was indicted more than six years ago, Kelley will be forced to wage his ongoing legal battle from behind bars.

FCI Herlong, where Kelley is incarcerated, is located in Lassen County, California near the border with Nevada. A photograph on the Bureau of Prisons (BOP) website shows a low-slung facility with the eastern edge of the Sierra Nevada mountains in the background.

The medium security prison has a population of 1,132, while the minimum security camp where Kelley is housed has 79 inmates, according to the BOP.

While Kelley was sentenced to 366 days in prison, he is scheduled to be released in early May of next year, based upon his ability to earn time off his sentence. 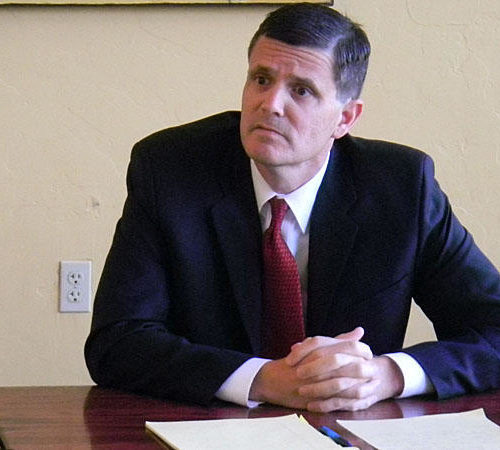