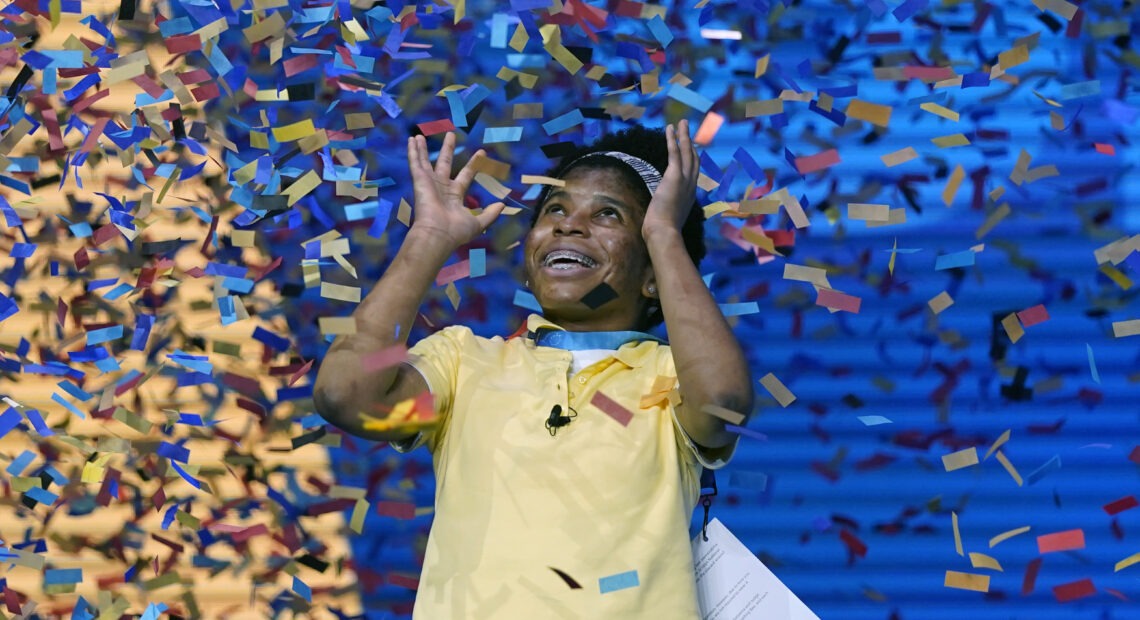 She won with the winning word, “murraya,” a genus of tropical Asiatic and Australian trees and celebrated with a twirl onstage under the confetti. But not before she got the judges to crack smiles by sneaking in a Bill Murray joke. (We won’t explain the joke for you — watch the champ execute it herself)

The 8th-grader from Harvey, La., is the first African American winner in the Bee’s 96-year history, and the competition’s second Black champion. 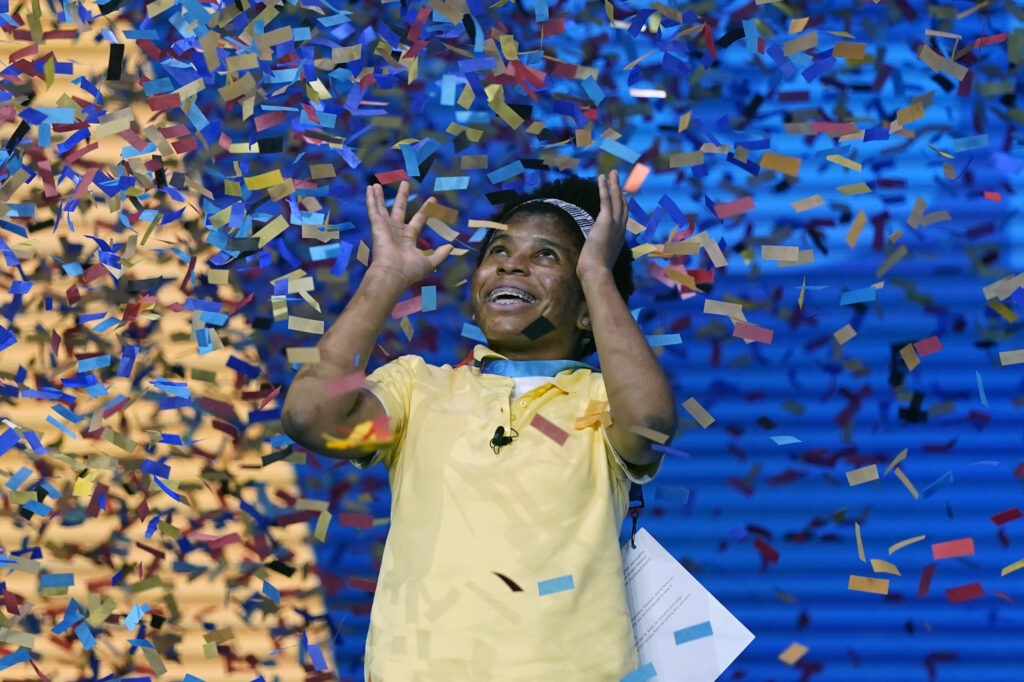 The triumph marks the return of the annual competition, which did not happen last year because of the pandemic. Avant-garde competed in the 2019 Bee, but didn’t make it to the finals.

Avant-garde was among 11 finalists who emerged from a group of 209 contestants, ranging in age from 9-15. The competition began virtually in June with preliminaries, followed by quarterfinals and semifinals. The final round Thursday night was held in-person at Disney World Resort in Orlando, Fla.

First lady Jill Biden, an educator herself, was there to witness the drama.

Competition this year was fierce, with new rules to raise the bar. Each level had an additional “word meaning” round to test vocabulary. The threat of a “spell-off” loomed over the finalists. Past years ended in ties — a record eight spellers won in 2019 — but this year, a new rule said that spellers who remain at the end of the allotted time have 90 seconds to spell as many words as they can from a predetermined spell-off list of words.

But there was no need for a tie-breaker, to the chagrin of some rapt spectators: Avant-garde handily outspelled the competition.

No matter their final standing, these kids do not disappoint with their smarts, grit and, of course, facial expressions. Here’s a look at the highlights: