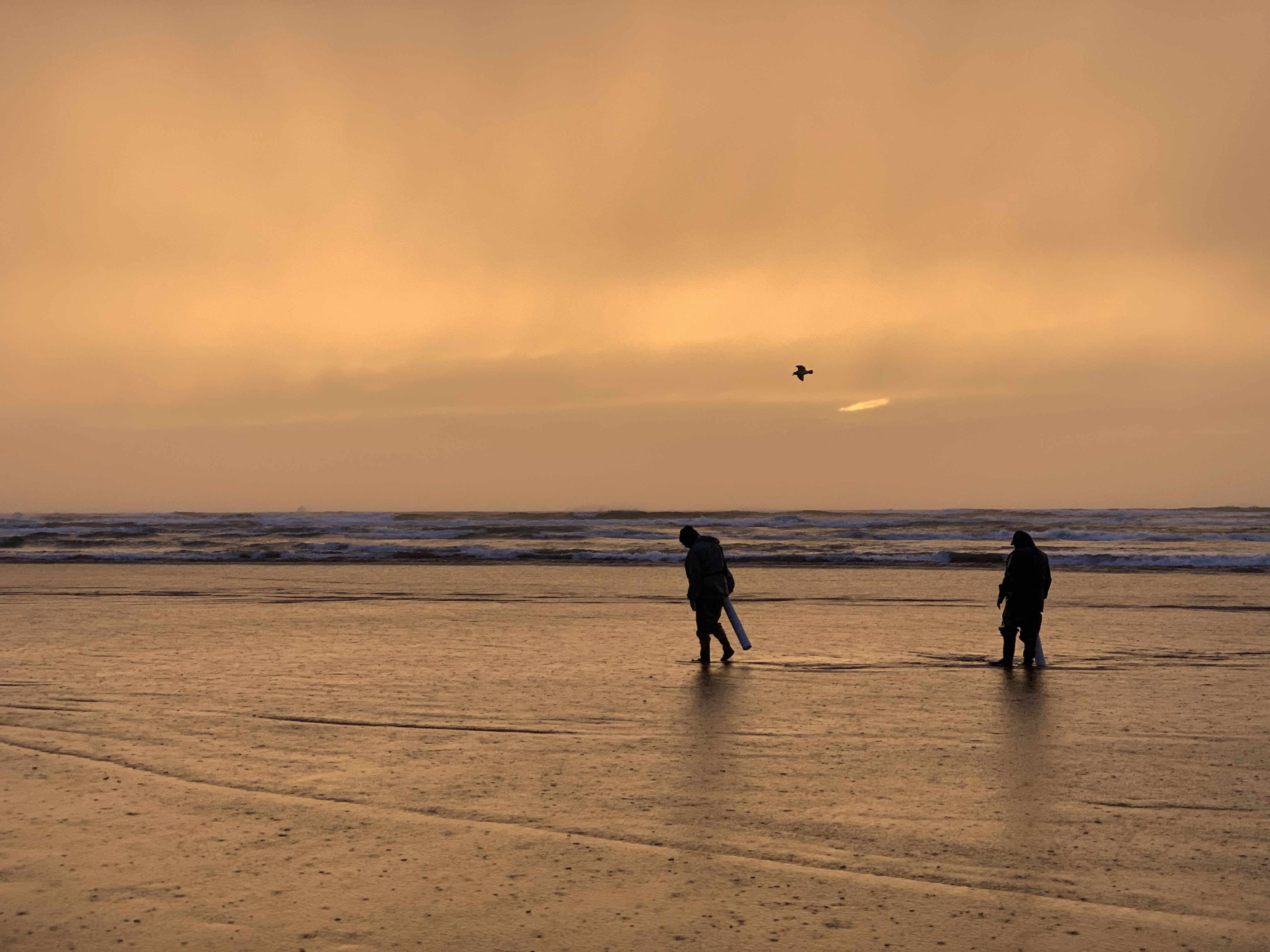 After Down Years, Clam Diggers Return to Washington Coast

**The following story is produced, written and published by students of the Edward R. Murrow College of Communication at Washington State University.**

In torrential rain and freezing ocean spray, locals and guests of the Pacific Northwest hunt for the razor clam by evening light.

Bundled in layers of raingear, they plunge their shovels and clam-guns into the soft sand hoping — and frequently failing — to pull up the revered mollusk. For many, the harsh weather is part of the charm of clamming.

“That’s a difficult environment to exist in let alone be looking on the beach in the dark for these clams,” Bryce Blumenthal, a scientific technician for WDFW. “But if you didn’t go [digging] when the weather was bad, did you even go?”

Despite the punishing conditions, thousands of people are drawn to the Washington coast each fall. The first digs of the year suggest a promising season. An estimated 55,700 diggers attended the mid-September opener, harvesting over 1 million clams, according to a Washington State Department of Fish and Wildlife press release.

Wildlife officials are anticipating continued success for diggers, raising the daily limit from 15 to 20 clams after a strong summer stock assessment, he said.

“When you have the clams, you want to give people the opportunity to dig them,” he said.

Clam digging licenses for Washington residents range from $9.70 for a three-day permit to $19.05 for an annual permit and are available online through the department’s website and through licensed dealers.

The tourism revenue from the clamming season often keeps the local businesses of the coast afloat, according to Buck Giles, owner of Buck’s Northwest, which provides guided digs in Pacific Beach.

“[Clam digging] allows my business to be somewhat open in the offseason,” he said, “rather than just closing down and holding tight, hoping I’m going to make it to spring.”

The last two seasons posed difficulties for the local business owners of the coastal communities, he said.

The 2019-20 season ended with beaches closing after the season opener due to COVID-19. The following season was cut short due to high acid levels in the clams, Blumenthal said.

Domoic acid is naturally produced by certain types of algae, and when consumed by humans and other mammals can result in amnesic shellfish poisoning.

In late August, WDFW announced 62 dates for razor clam digging at beaches along the Washington coast, a significant increase from the past two years of bad luck.

People are eager to get back to the beach, both for the harvest and the opportunity to connect with nature, Giles said.

“It’s that cultural heritage, the nostalgia of it,” he said, “and clams are extremely delicious.”

Giles is no stranger to the clamming season, growing up surrounded by the razor clam and fishing industries sustaining Copalis Beach.

He now offers a guide service, giving seasoned pros as well as first-timers the opportunity to try their hand at the dig.

After four years of guided digs, Giles said he sees the continued effect clam digging has on people and the community, from instilling passion in newcomers to helping reconnect individuals with family tradition.

“It’s not just because you know it’s a harvest from the Earth, but it was that connection, that family experience and being out there in the elements,” he said. “There’s really nothing like it.” 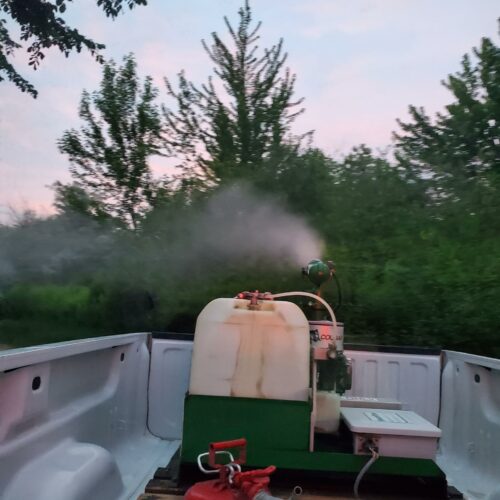