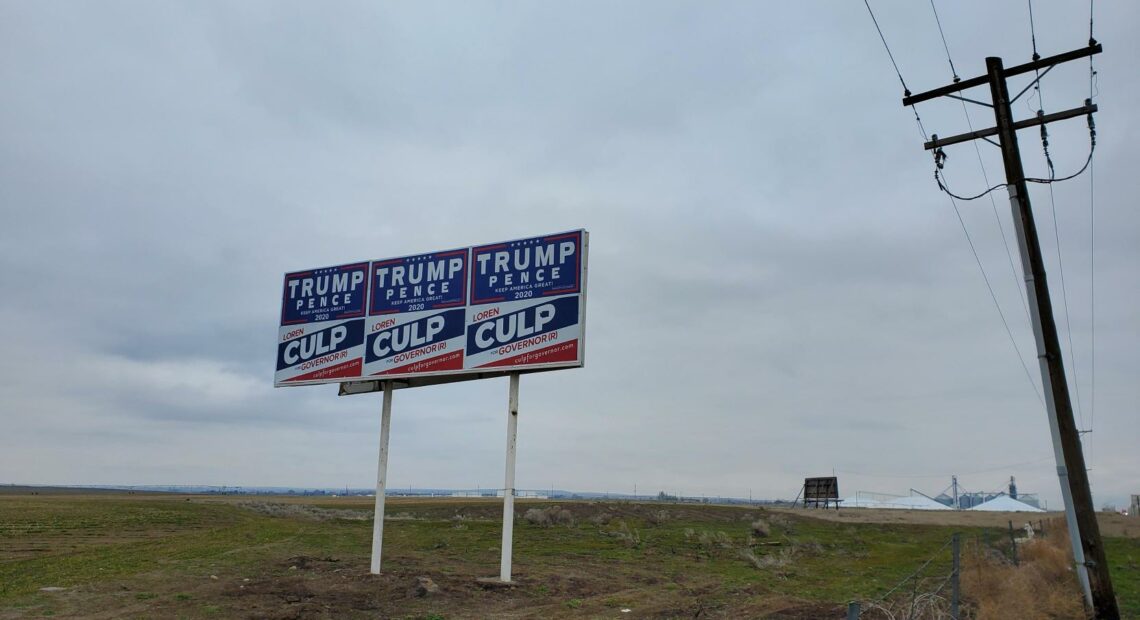 Political Billboards Seem To Be Here To Stay

Political signs are everywhere during campaign season, but in some cases they stick around long past their advertised races.

Traveling down Highway 12 in Eastern WA, just west of the Snake River bridge is billboard. It displays red, white, and blue political signs supporting Loren Culp for Governor  and Donald Trump 2020. The Washington State Department of Transportation is in charge of regulation and permitting of signs.

Trevor McCain with WSDOT explains that political signs have time limits to be up.

“They are allowed for 10 days after the election, but they can go up anytime before,” McCain says.

But billboards like the one along Highway 12 aren’t your average yard sign. They’re subject to a different set of rules. Under the Highway Beautification Act, WSDOT does regulate signs that are visible on highways and freeways in the state. McCain explains that with a permit, what is on the sign is not as important.

“We don’t regulate like what is, what is on these billboards. We just regulate the structure meets requirements, it is able to be in these locations, and after that it is up to the advertisers,” McCain says.

This is a permanent display put up in 2019 and owner has paid for advertising since 1978 and used to advertise a winery.