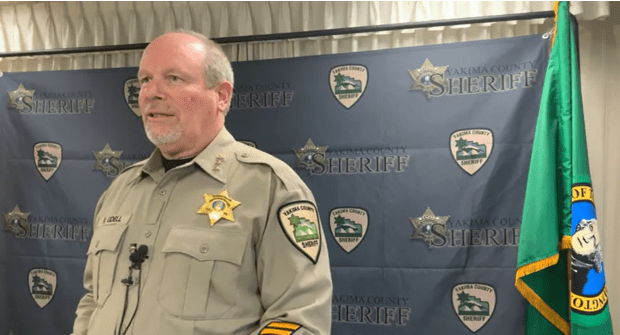 The Yakima Valley Conference of Governments,  law enforcement and local agencies are working to create a Regional Crime Intelligence Center-RCIC, in the Yakima Valley.

The RCIC would provide regional agencies with technical resources and high-level intelligence staff to support investigations.

This is in response to high violent crime rates in the area, says Yakima County Sheriff Robert Udell.

“We’re all fairly small, there’s not a police department, or a sheriff’s office, in this county that has the ability to handle all of these problems by ourselves (…) So, the only way is to join together. And that’s what this plan offers,” says Udell.

The project would require $2.8 million, which the Yakima Regional Crime Services wants to obtain through a Yakima County ARPA Funding.

Three Yakima county commissioners will decide on the ARPA Funding applications no later than September.

Yakima County Commissioner LaDon Linder says he is in favor of having the crime intelligence center.

“I’m a strong supporter of the program. And I think it’s something that I’ve heard great support from the sheriff’s office. I’ve heard it from our prosecuting attorney. I’ve heard from police chiefs throughout the county, and from leadership throughout our cities,” says Linder.

If the funds are approved, they would be allocated to buy rapid DNA equipment and ballistic firearms examination capability, purchasing software for crime mapping, and accessing cell phone and computer data.

The center would be locally controlled.