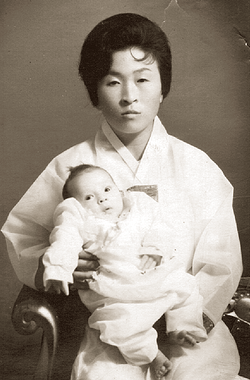 Picking out a Mother’s Day card has never been easy for me. The cards with feminine designs and gold font catch my eye but the words never convey the difficult relationship between my mother and me. Sure I could go with the clichés of ‘You’re the best mom ever!” or try to fill a blank card with my own feelings. But sometimes those feelings are too intense for a card. Sometimes it’s easier to send jewelry and pretend all is well. But so much is left unsaid. 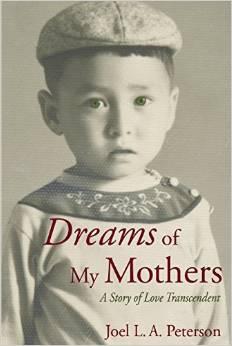 Joel Peterson was 7-years-old when he was adopted by a loving Midwestern American family.
CREDIT HUFF PUBLISHING ASSOCIATES/ JOEL PETERSON

That came home hard for me when I read Dreams of My Mothers: A Story of Love Transcendent by Joel L.A. Peterson. It’s a story of a young mixed-race Korean boy whose mother is a prostitute. They are poor, hungry and shunned by society because of her obvious dalliance with a foreigner. Based on his life, Peterson explores how children, like himself, came to be in Korea and how the country campaigned to have them sent away – to their real country – America.

Peterson describes heartbreaking moments that may shock some readers. One particular night of neglect leaves the child with a deformity. In another scene the Korean mother is angered at being abandoned by the father of her child and so beats the boy in a frenzy. You are left horrified and yet, come to understand how poverty, lost love and societal pressure bring her to this point – and soon to give him up.

I have read Korean adoptee stories before such as Ten Thousand Sorrows by Elizabeth Kim. I expected Peterson’s new life in America to also be filled with abuse and sadness, but this was not the case. His adoptive mother did everything she could to help Peterson succeed. It wasn’t always easy but she loved him as her own and he was embraced by his new family. 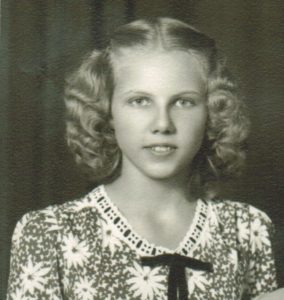 Here is a young Aileen Anderson. She already had four children when she decided to adopt Joel.
CREDIT JOEL PETERSON

Full disclosure – I am half Korean but unlike Peterson I was fortunate to be born in the United States decades after the Korean War. I was not unusual. I could fit in. But it goes beyond that for me. A shocking moment occurred during an interview with Peterson. He helped me realize that my mother is a human being. If you find yourself struggling to make sense of Mom, some of Peterson’s insights may be helpful to you, just in time for Mother’s Day.

Can you define a mother’s love?

“I believe that all women who are mothers love their children – fringe element of psychosis aside. It’s a natural kind of thing. All parents love their children. But what I was fortunate to experience and what I refer to in the title is a transcendent love. It went beyond the ordinary kind of feeling but instead took a commitment and sacrifice that was all in. And it wasn’t just a matter of giving their heart but these women gave everything they possibly had including their ambitions, literally from their perspective, their souls. And to me that is the essence and purity of a mother’s love. She gives more than just her heart. She gives her skills, her memories, her hopes, her dreams – at the end of the day she shares her soul with her child.” 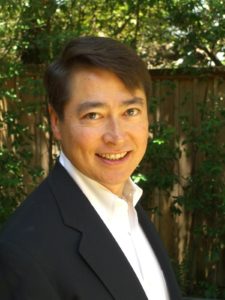 Joel L.A. Peterson is the CEO of Student Planning Services, LLC, and the managing partner and CEO of Pintoresco Advisors, LLC. He lives in California with his wife, Darleen.
CREDIT JOEL PETERSON

What would you say to those struggling to understand their parents and their motivations?

“The whole point in the book, in a sense, is that all of us have mothers. And very few of us get to know our mothers as human beings – in the broader sense and in the sub sense as being women. Most of us relate to our mothers through the institution of “mom.” Many of us struggle with our feelings of how we judge or think our mothers compared to an ideal of this institution and that often gets in the way in how we feel in the relationships. What we forget is just as we want forgiveness, that we see ourselves everyday as simple people that are struggling, that are striving and occasionally failing, that our mothers are just people too. They are human beings doing the best they can without a rulebook, without a playbook. They are just people with dreams and they had to give up some of those dreams and make compromises that we all do in our lives, yet at the end of the day every one of us benefited to some degree or another. So rather than trying to think  about your mom as this institution of “mom” and how she was relative to this institutional pillar go ahead and say she’s a human being. How do I take her and how do I go ahead and appreciate what she gave as a person: limited, flawed, strong, not so strong – that all of us are.”

Both your mothers are dead. If you could celebrate Mother’s Day with each of your moms what would you do?

“I would want to share the bounty and generosity that I have in my life today – and that all of it started with them. To me the greatest gift that a child can give to a parent is to ultimately make the most of the life and opportunities they have been given.”

California-based Joel L.A. Peterson wrote Dreams of My Mothers to tell the story of redemption and triumph of both his mothers. It is also a story to help you take pause and consider the motivations and intentions of those who love you and to understand that they are doing the best they can.

It was supposed to be former Washington Lt. Gov. Cyrus Habib’s legacy — a pair of programs to serve youth with disabilities and youth from marginalized or disadvantaged backgrounds. But Habib’s successor cancelled a contract with the nonprofit that operates the programs after identifying what his office called “suspicious financial activity” during Habib’s last year in office. Continue Reading Programs For Disabled And Disadvantaged Washington Youth Imperiled After Lieutenant Governor Cancels Funding Amid Ethics Probe