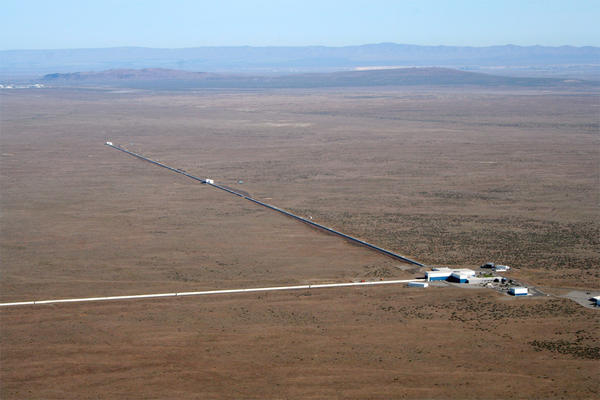 Scientists in southeast Washington state announced Wednesday that they had detected two black holes revolving around each other and then morphing into one.

The two colliding black holes made a distortion in space that traveled for billions of years to get here—and shuddered through Earth.

The discovery was made by an observatory at Hanford run by Caltech and MIT called LIGO. The Hanford station detected this event along with stations in Louisiana and Italy. Having all three sites see the same thing, is important because it also allows the scientists to triangulate where the waves are happening in space.

LIGO in Richland is a laboratory that uses carefully-calibrated instruments to study deep space. It features two vacuum tunnels that stretch more than two miles. A powerful laser is run down the tubes. When the length of the L-shaped arms changes, scientists can detect the gravitational waves.

The observatory broke ground in 1995, but only recently has detected these gravitational waves. This is the fourth time scientists have announced a finding in just over 18 months.