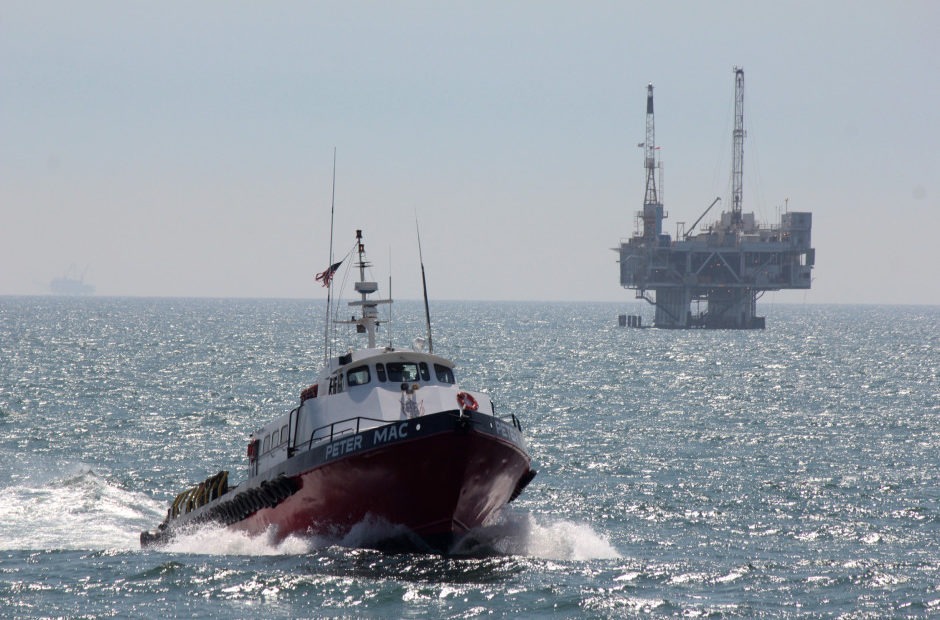 Washington Could Use Taxes, Lawsuits To Oppose Offshore Drilling

Washington doesn’t want your offshore drilling. That was Gov. Jay Inslee’s resounding message at a press conference Monday, where he spoke out against a federal plan for offshore oil and gas drilling.

Last month, the Trump administration announced it wanted to open up more coastlines to offshore oil and gas drilling — including the West Coast.

Inslee, along with representatives from several coastal tribes, local governments and the fishing industry, adamantly opposed the draft plan.

They cited economic harm to the shellfish industry, the cultural importance of the shoreline and marine life, and the environmental harm spills and leaks could pose.

“This is untenable, it is unjustified, it is unaccepted, and I do believe it will fail because of the massive outpouring against this idea,” Inslee said.

Inslee said he would use all his power to make it impossible to drill off the state’s coast — with things like tax increases or closing Washington ports to oil and gas equipment.

Attorney General Bob Ferguson sent a letter to Interior Secretary Ryan Zinke, announcing the state will file a lawsuit against the Trump Administration if it moves forward with current plans to expand offshore drilling.

Ferguson said he thinks the draft offshore drilling plan is illegal. For starters, he said, the Trump administration has excluded Florida from the drilling plan while not providing the same consideration to other states.

“There is a reason why we have yet to lose a court battle with this administration,” Ferguson said. “One of the key reasons is that they are sloppy in how they roll out their proposals.”

Tribal representatives said the drilling plan would threaten their treaty rights and ability to harvest fish.

“We have traditionally gathered there for thousands of years. We have a huge razor clam harvest, and we have one of the largest Dungeness crab fisheries out of any tribe in the whole West Coast,” James said.

A spill would threaten all that, she added.

It would also threaten coastal birds, said Crystal Dingler, the mayor of Ocean Shores, Washington. The city was the first in the state to pass a resolution against the Trump proposal.

In 1988, a barge spilled 225 gallons of oil near Grays Harbor, Washington. Dingler said people brought thousands of birds to her city’s convention center, most of which died.

She doesn’t want that to happen again.

“If the oil rigs come, most of us won’t be able to see them,” Dingler said. “But we will see the effects of their presence. We will see the tar balls on the beach. We’ll see it in the health of our marine life and in our failing tourist economy.”

The drilling proposal has seen widespread opposition. A bipartisan group of congressional delegates recently sent a letter to Zinke, opposing the plan.

Inslee said no companies have expressed an interest in the state’s limited offshore reserves.

It’s been 50 years since anyone has drilled off Washington’s coast, where oil and gas reserves are unproven. The Bureau of Ocean Energy Managementsays there may be around 810 million barrels of oil and gas off the Northwest’s coast.

One Anytime Fitness franchisee location in Yakima County has been fined nearly $10,000 for staying open despite not being allowed to operate given the county’s current operating phase. It’s the first business fined for ignoring Gov. Jay Inslee’s “Safe Start” measures. <a class=co