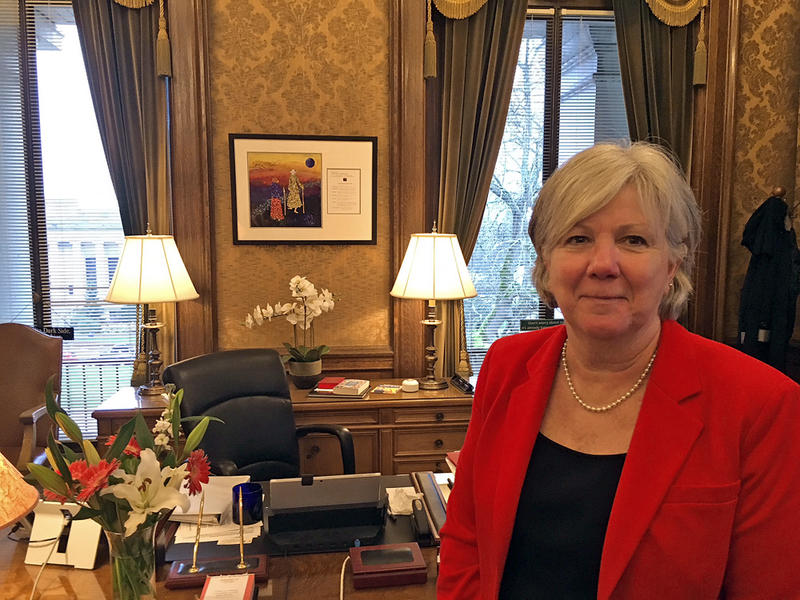 Efforts to address sexual harassment in the Washington state Capitol have suffered a setback.

Legislative leaders had pledged to improve the workplace climate following reports late last year that revealed a history of misconduct at the Capitol. But finding a solution has proven more difficult than expected.

Last month, on the floor of the Washington House of Representatives, Democrat Laurie Jinkins rose to speak in favor of a resolution that called on the House and Senate to form a 14-member task force to address sexual harassment at the Capitol.

“This resolution is about us examining ourselves and recognizing that when power is exercised to harass other people, to harass women sexually it’s always, always, always wrong,” she said.

The resolution passed the House that day, but it soon ran into trouble in the Washington Senate.

Sitting in her office last week, Jinkins was blunt.

“First of all, I’ll just say I’m very disappointed where we’re at,” she said.

As Jinkins spoke, the 60-day legislative session was nearly halfway over. And the resolution was still languishing in the Senate.

“We don’t have a table set to really discuss these issues,” Jinkins said. “It looks like the resolution is probably not going to pass although things change every day.”

Over in the Senate, Majority Leader Sharon Nelson acknowledges the resolution is all but dead.   That’s because after it passed the House they heard from front line staff who were upset about how the task force would be put together. They felt their voices wouldn’t be heard.

Nelson said that was enough to put things on pause.

“This isn’t a let’s hurry up, it’s a let’s try to get it right and it’s a sensitive issue and I learn more about that every day,” she said.

Jinkins agrees it wasn’t a perfect resolution and said she’s committed to making sure staff and lobbyists have a voice.

While the path forward is unclear, Nelson insisted there’s still momentum to do something.

“What’s positive about all this is the conversation is happening,” she said. “Everybody is taking it very seriously and we are looking for solutions. It’s no longer just under the rug.”

Even without a joint task force, both the House and Senate have offered more sexual harassment trainings. The House has also completed a review of its workplace policies. It’s currently asking staff for feedback before making formal recommendations this spring. Meanwhile in the Senate, a bipartisan group of senators has been meeting to discuss workplace issues.

Republican Ann Rivers is a part of that group.

“Everyone has a little bit different idea of things that can be done to be helpful and so I’m sure that we’ll be having a robust discussion on that,” she said.

Currently the House and Senate have their own “respectful workplace” policies. Rivers said that’s confusing and insists any final solution should result in a universal set of rules between both chambers.

She also wants mandatory training for everyone—lawmakers, staff and even lobbyists.

“For me one thing that I’m pushing for is that lobbyists must take the training and if they choose not to then they wouldn’t gain access to the legislative offices,” Rivers said.

Previous reporting by public radio, The News Tribune and The Olympian revealed lobbyists as both victims and perpetrators of sexual harassment. One lobbyist who’s leading the push for change is Rebecca Johnson. Late last year she helped spearhead a “Stand With Us” letter signed by more than 200 women who work in and around the Capitol. Since then she too has had a reality check.

“It’s been frustrating and it’s also been a process of realizing how complicated this is and how important I guess it is that we keep standing together and pushing forward to change because I think without our voices this movement could kind of die out here,” Johnson said.

Something Johnson and many other women want is a new, independent place to go to report sexual harassment so victims don’t have to go to the House or Senate.

At this point no one expects any long-term solutions to be in place before the legislature adjourns next month. Instead the goal is to get a process in place that will lead to those bigger changes.

This story was produced in collaboration with The News Tribune and The Olympian. 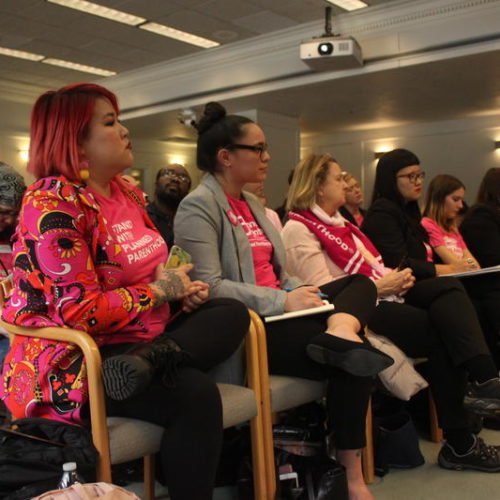 Issues of sexual harassment raised in the #MeToo era have trickled their way through just about every part of Washington state — from business, to government, and now possibly schools as state lawmakers flag consent as the cornerstone of a mandatory sex-education proposal. Continue Reading #MeToo Lessons Spur Mandatory Sex-Education Proposal In Washington