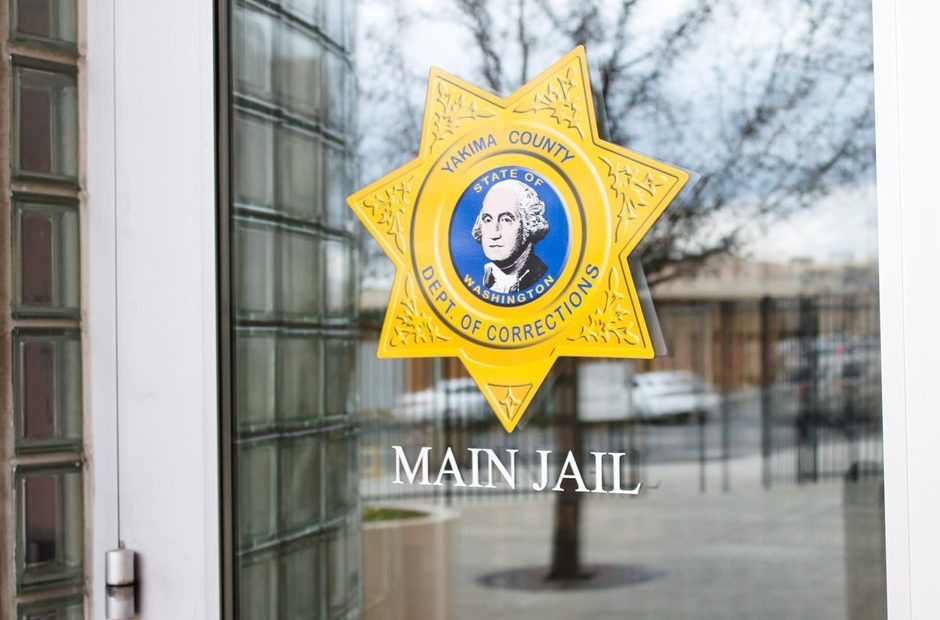 Javier Maldonado arrived at the jail around 8 a.m., July 20.

Police had charged him with trespassing, a misdemeanor, after they said Maldonado entered his neighbor’s apartment in Hood River, Oregon.

Maldonado was ordered to get fingerprinted at North Oregon Regional Corrections Facilities, the jail in The Dalles. And then he was supposed to be released.

Except the jail didn’t let him go.

Instead, officials at the jail locked him up because U.S. Immigration and Custom Enforcement sent documents asking jail staff to hold Maldonado in custody.

NORCOR held Maldonado for 20 hours — until the early morning hours of July 21 — before he was turned over to ICE.

The case will likely prove to be significant. It could end up giving ICE more power over local jails, or it could undercut their efforts to arrest people in the country illegally, especially in sanctuary jurisdictions that are reluctant to cooperate with the agency.

What Happened To Maldonado

The correctional facility, NORCOR, is about 80 miles east of Portland and serves as the regional jail for four neighboring counties: Gilliam, Hood River, Wasco and Sherman.

It’s also one of two jails in Oregon that has a contract with ICE to house detainees. That’s despite a 30-year-old state law that prohibits local law enforcement agenciesfrom working with federal immigration agents.

By 9 a.m., July 20, Maldonado completed and signed his release paperwork. But, according to court records, the release didn’t go through.

“Instead, NORCOR arrested [Maldonado] and held him in a jail cell at the request of ICE for the sole purpose of enforcing federal civil immigration laws,” his lawsuit states. The jail received $80 for arresting and incarcerating Maldonado, according to the lawsuit filed in U.S. District Court in Oregon.

The document alleges jail officials violated Maldonado’s Fourth and 14th Amendment rights; parts of the U.S. Constitution that protect against unreasonable searches and seizures, as well as grant equal protections to everyone under the law.

The lawsuit is one of two in the Northwest that could determine whether the warrants issued by ICE — part of the U.S. Department of Homeland Security — are legally sufficient for local law enforcement agencies to make an arrest.

In recent years, ICE’s warrants have taken on a new level of importance as the agency seeks to maintain a close relationship with local sheriffs and the jails they run. ICE sees the relationship as critical to carrying out one of President Trump’s priorities: deporting people who are in the country illegally. 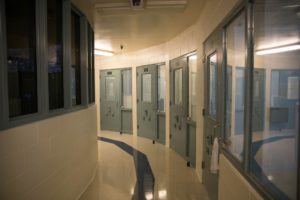 A hallway winds through the NORCOR facility in The Dalles. CREDIT: CONRAD WILSON

In NORCOR’s response to the lawsuit, Lewis wrote between 10:20 a.m. and 10:40 a.m., July 20, the jail received two detainer documents as well as an “I-200 Warrant for Arrest” from the Department of Homeland Security.

A detainer is a request from DHS to a jail to keep someone in custody for up to 48 hours, until ICE can come get the person.

Maldonado’s attorney said the warrant doesn’t establish probable cause because it’s not issued by a judge or magistrate. In NORCOR’s response to the lawsuit, Lewis wrote the detainers and the warrant stated the Department of Homeland Security had probable cause to believe Maldonado was eligible for deportation.

And that probable cause is at the heart of this case.

ICE agents are using warrants issued by ICE officials to give other law enforcement agencies the ability to carry out arrests, according to legal experts. In other words, ICE is effectively establishing its own probable cause on which it says local jails can rely to keep a person in custody.

“There’s no judge who’s taking that second look,” said Juliet Stumpf, a professor and expert on immigration law at Lewis and Clark Law School in Portland.

“That’s one of the most important protections that we have under the Fourth Amendment, is to have the judicial look.”

For years, it was common for ICE officers to work out of local jails. Across the country, sheriffs would regularly hold people in custody for ICE if a detainer form printed out on their fax machine.

In April 2014, that changed after a federal magistrate judge in Oregon ruled that law enforcement agencies that honored ICE detainers were violating the Fourth Amendment.

The judge ruled that keeping someone locked up past their release on a detainer was the legal equivalent of a new arrest. The judge ruled ICE detainers weren’t the same as going before a judge to get a warrant, meaning they weren’t a legally sufficient way for sheriffs to keep a person in jail.

The 2014 ruling dramatically changed the relationship between ICE and jails. Shortly after the ruling, jails up and down the West coast and elsewhere across the country stopped accepting ICE detainers. In Oregon and Washington, ICE officers were essentially kicked out of local jails.

ICE maintains detainers are a legal request on which law enforcement agencies can rely to maintain custody of someone ICE suspects of being in the country illegally.

Since the ruling, ICE made changes to address the issues surrounding probable cause.

“In early 2017, ICE addressed these concerns with a number of enhancements designed to assure the public and our law enforcement partners that detainers are legal,” an ICE spokeswoman said in an email. “The changes include a requirement of an explicit probable cause statement on all detainers and the inclusion of an administrative immigration warrant with a detainer.”

But ICE’s warrant is not the same as the warrant police officers obtain to arrest or hold someone, said Stumpf, the law professor.

“What the Fourth Amendment requires, and what is missing, is that if somebody’s going to make an arrest, that warrant needs to be for a crime and it also needs to be issued by a judge or approved by a judge,” Stumpf said. “So when ICE issues this warrant it’s very different than the kind of warrant that a police officer might need to get.”

Trump administrative officials — including Attorney General Jeff Sessions — have refused to acknowledge the 2014 ruling in Oregon and its impact on the relationship between jails and ICE.

Still, many jails around the country continue to honor detainers.

“Most jurisdictions do cooperate with us,” a Trump administration official said during a background call this week with reporters.

As one legal expert put it, there are jurisdictions where the politics haven’t yet caught up with the law.

In a similar case in Washington last summer, a federal judge ruled in favor of Antonio Sanchez Ochoa, who was in the Yakima County Jail on an assault charge.

Ochoa was held in the county jail, but his attorneys argued local authorities used an ICE administrative warrant to hold him and keep him ineligible from posting bail.

“In short, pretrial detention is ‘unlawful unless a judge (or grand jury) first makes a reliable finding of probable cause,’” Mendoza wrote.

In his ruling, Mendoza noted the person who signed the warrant was an ICE supervisor.

“Accordingly, the probable cause determination here was made by an ICE officer, not a neutral magistrate,” Mendoza wrote.

The ruling was appealed. On March 9, three judges in Seattle with the 9th Circuit Court of Appeals heard oral arguments in the case.

Scott Stewart, the deputy assistant attorney general for the U.S. Department of Justice, traveled from Washington, D.C., to Seattle to argue the case for the federal government.

“For a Fourth Amendment problem anyway, the key thing is, is the government using or abusing its power?” Stewart argued to the 9th Circuit judges. “That’s not what we have here.”

Matt Adams, legal director for the Northwest Immigrant Rights Project and one of Ochoa’s attorneys, said the Yakima County Jail listed the ICE hold as the reason for Ochoa’s confinement without the opportunity for bail.

“It was Yakima County who had him in custody, who listed the causes of confinement, and were in charge of whether he would be released or not,” Adams told the judges.

“The arrest warrant in and of itself provides no basis for a local law enforcement agency … to arrest an individual,” Adams said.

The judges could make a ruling or return the case to the district court to further develop the record.

Despite the lawsuit proceeding, Ochoa was eventually deported to Mexico. As for Maldonado, his attorneys won’t say where he is or what happened in his case.