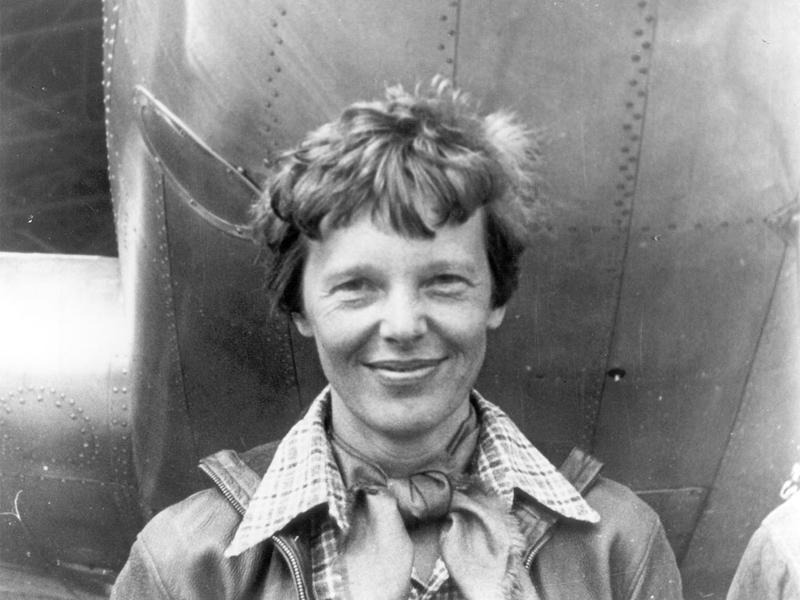 Photo analysis by a forensic imaging expert from suburban Seattle is backing up a new search for the pioneer aviator Amelia Earhart. Right now, a National Geographic expedition is at an uninhabited island in the South Pacific looking for Earhart’s missing airplane.

Amelia Earhart was attempting to become the first woman to fly around the world when her plane went off course over the tropical Pacific and disappeared in 1937. National Geographic sponsored a research ship that is on location now at Nikumaroro Island, a remote coral atoll where Earhart and her navigator might have crash-landed and later died as castaways.

One part of the expedition team is searching outward from a spot on the atoll’s reef that looks to the untutored eye like nothing more than a smudge on a British officer’s landscape photo taken three months after Earhart vanished. But to Jeff Glickman’s expert eye, that smudge sticking up out of the waves is likely a piece of a Lockheed airplane’s landing gear.

“There’s a high level of confidence that the geometry of multiple parts of the structure (in the photo) match multiple components in the landing gear,” Glickman told public radio from Woodinville, Washington. “The probability that it’s anything else is pretty low.”

Glickman has long volunteered his forensic image analyst skills to an aviation archaeology nonprofit, The International Group for Historic Aircraft Recovery (TIGHAR), whose work laid the foundation for this month’s hunt in the remote Pacific. His curiosity about the case and its grainy, black-and-white photos dates to when his company, Photek, Inc., was based in Oregon.

National Geographic plans a TV special, premiering Oct. 20, to reveal what the current search led by Robert Ballard found. Ballard is an ocean explorer who discovered the wreck of the Titanic in 1985, among many other shipwrecks. An update from his ship, E/V Nautilus, posted online Monday indicated the initial underwater surveys encountered quite a bit of unrelated shipwreck remnants. The on-scene hunt on land and underwater to solve the mystery of Earhart’s disappearance is scheduled to wrap up by Aug. 25.

Earhart’s life and death have been the subject of undying fascination and a variety of conspiracy theories. U.S. Navy ships and planes searched for the trailblazing aviatrix for weeks after she and navigator Fred Noonan went missing. The Navy eventually concluded she crashed into the sea and sank.

TIGHAR executive director Richard Gillespie said he is 100 percent sure Earhart perished on Nikumaroro Island. The leading hypothesis is that Earhart and Noonan landed on the reef at low tide. Gillespie figured they were able to make radio distress calls for a week, until high surf washed their crashed aircraft into deeper waters. 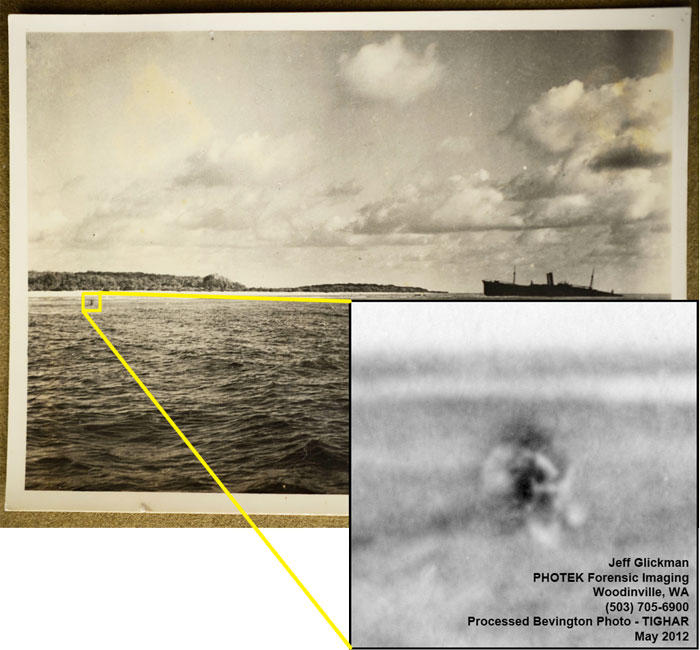 Forensic analysis has focused on the object at the left of this 1937 photo taken by British colonial officer Eric Bevington.
COURTESY OF TIGHAR

“There is just overwhelming evidence this is where she landed, but everyone wants a piece of the airplane” to be certain, Gillespie said Friday, in an interview by phone from Pennsylvania.

Other lines of evidence pointing to Nikumaroro include the radio distress call transmissions that were triangulated as coming from around there. Gillespie led 11 previous expeditions to the islet in the Pacific nation of Kiribati. Nikumaroro was known in British colonial times as Gardner Island. Like Glickman, Gillespie is following the current search from the comfort of home.

Gillespie said he wishes Ballard luck, but gives the veteran explorer only a 20 percent chance of finding Earhart’s plane because so much time has passed and the harsh conditions at the reef.

“It was there. There’s no doubt it was there,” Gillespie told public radio. “But there might not be anything left to find.”

Gillespie credited the analytical work done by his friend Glickman for the fact that Ballard is out there now looking for confirmation of Earhart’s demise.

“A lot of what convinced Ballard that this was the right place was the photo that showed the landing gear on the reef,” Gillespie said.

Other imagery Glickman worked on included Earhart’s departure from Papua New Guinea. This work showed Earhart lost a receiving antenna on her airplane during takeoff. That revelation helped explain why Earhart lost radio contact with a Coast Guard cutter assigned to help her navigate the expanse of the South Pacific.

A separate project extrapolated Earhart’s exact physical height from a profile picture taken of her beside an earlier airplane. That data was needed for comparison to skeletal measurements of a castaway’s bones recovered from Nikumaroro in 1940. The bones were unfortunately subsequently lost. 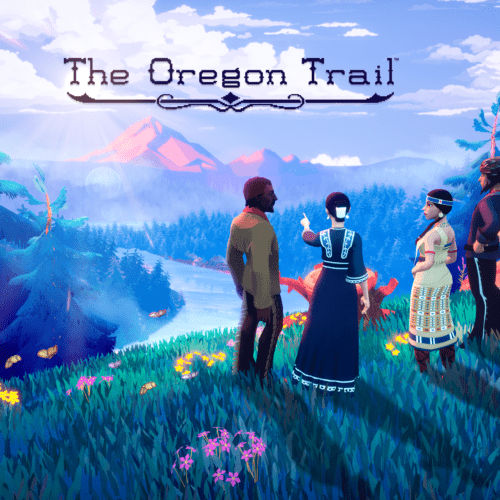 The company Gameloft tackled the redesign of Oregon Trail for Apple Arcade just in time for the increase in worldwide play because of the pandemic. Its target audience: the now-40-year-olds and their kids. And more Native American players. Continue Reading Remaking Oregon Trail Video Game With An Eye Toward More Accurate Native American Depictions