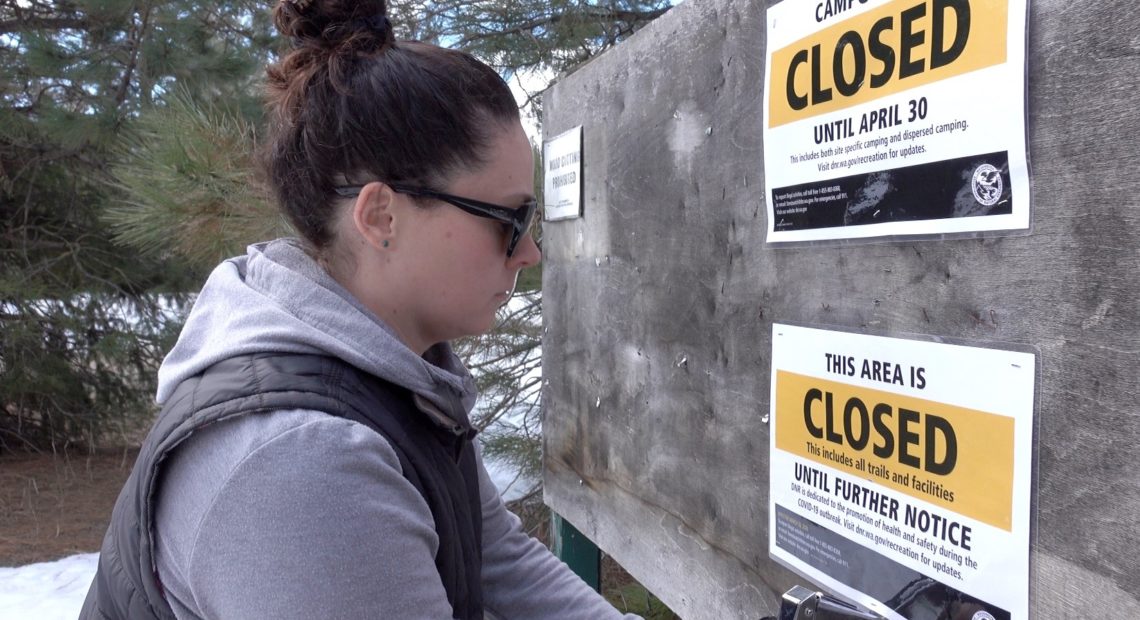 Some rules aren’t meant to be broken. Rules like Washington’s public lands closures. Enforcement officers are seeing people hike in closed areas, which could eventually land you a citation.

“Our closure there is very clearly indicated. We had custom signs made up. There’s a barricade on the North Fork road. It was abundantly clear that the area was closed to recreation,” Rodruck said.

Right now, enforcement officers are still educating people about the closures – which are meant to protect people from hiking shoulder-to-shoulder on packed trails. The department (along with Fish and Wildlife and State Parks) closed public areas when people showed up in record numbers, hoping to break free from their homes for a few hours.

Rodruck said enforcement officers haven’t issued any tickets yet. Those would happen if people refused to leave.

“I understand how frustrating it is to not have access at this point, but it has been done out of an abundance of caution for public safety to prevent the spread of this virus, and an abundance of safety for DNR employees as well, Rodruck said. “We just want people to be safe.”

The closure, which includes trailheads, roads and campgrounds, will last until May 5, following the recent extension of Gov. Inslee’s “stay home, stay healthly order. DNR-managed lands are still open for timber harvests and agricultural uses. Workers have been directed to comply with social distancing guidelines.