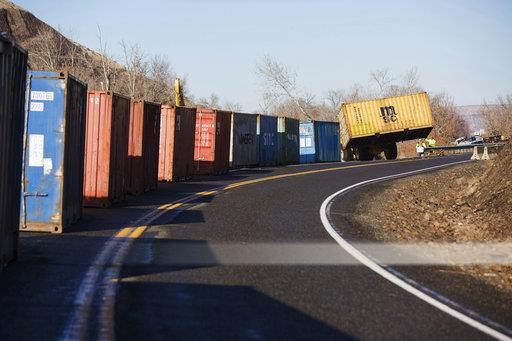 People in the Yakima Valley near Union Gap are considering their next move if a slow-moving hillside collapses during the next several weeks.

University of Washington geology professor David Montgomery is among those following developments at Rattlesnake Ridge. He’s been looking at the best and worse-case scenarios for the area.

“The best case scenario would be if the area that’s moving at present simply continues in the direction its going. it’s moving down towards the quarry,” Montgomery said. “The worst case scenario is if a larger piece of the terrain gets engaged and it shifts and moves more toward the west. That would have a higher likelihood of impacting the highway. And if it’s large enough and traveled far enough, conceivably damming the river.”

Huge cracks have been developing at the top of the ridge, but it’s not clear how far they might extend if a slide happens. So far, about 80-percent of people living below the ridge have evacuated as precaution.

Montgomery urges those who remain to do the same.