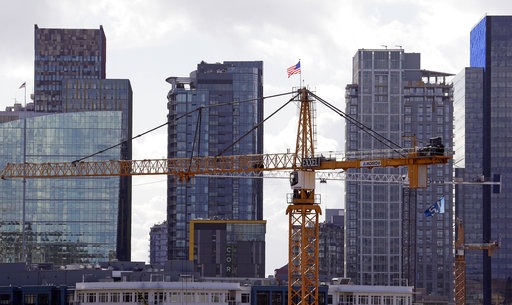 For more than a decade, leaders of the Emerald City have promised that Seattle will lead the nation in fighting climate change. But the lofty words have been matched by continuing clouds of carbon emissions.
Seattle dumps as much carbon dioxide into the sky as it did 25 years ago.

There’s little doubt that climate change is a profound crisis for humanity.

It could lead to human suffering and forced migration on a massive scale, not to mention the extinction of all sorts of things from polar bears to coral reefs.

But you could be forgiven for doubting that politicians, even here in deep-green Seattle, take this crisis very seriously.

After a while, all the pronouncements about slashing our carbon emissions start to sound like a broken record.

This long-playing album starts in 2001 with Mayor Paul Schell. It continues with every mayor elected since then.

“We set a new standard of trying to be the national leader. I think our citizens expect that from our city” said Schell.

It would be one thing if mayors kept pushing the same message and their walk matched their talk. But that’s not what’s happened.

Paul Schell and Greg Nickels said the city would cut its emissions at least 7 percent in a decade- didn’t happen.

Mike McGinn, Ed Murray, Jenny Durkan. They all promised to slash more than half off the city’s carbon pollution by the year 2030. And they promised to eliminate it 20 years after that.

Jessica Finn Coven has been the city’s point person on climate change under mayors Murray and Durkan.

“We are not reducing pollution fast enough to meet our very ambitious 2050 goals,” said Coven. “As a lifelong climate activist, I always think we need to be doing more. I am aware constantly of this problem. I have a four and a seven year old. This is their future that we’re all working for.”

Seattle’s biggest sources of carbon pollution are the vehicles that move us and the buildings that shelter us. The city has tried to rein in pollution from cars and trucks under various mayors. But our rising population and traffic have swamped those efforts.
Despite the city’s continued polluting ways, Coven said Seattle is a climate leader.
“If you look at per-person emissions in Seattle versus other large cities, we are amongst the best” said Coven.

That’s not saying much, according to climate activist Emily Johnston.
“Do we want to be like the smartest student in the class that’s failing because that is what we are doing” said Johnston.

Johnston is with the group ‘350 Seattle’.

“Our statements and even our goals are only defensible as being, you know, leadership compared to other places, and those other places are failing, too” said Johnston.

No one city can make or break the global climate. But mayors and governors across the country sid they can fill the void left by the Trump administration.

Johnston said failure in Seattle would especially harm this broader effort to hang on to a livable climate.
“If we can’t do this, if we won’t do this, who will?” said Johnston.

Rico Quirindongo is an architect in Seattle.

“Seattle’s not going to be able meet carbon neutrality by 2050 if we don’t continue to drive toward substantive change,” said Quirindongo. “There has to be a heavy push and a heavy lift.”

He moderated a panel on what a carbon-neutral Seattle would look like. About 20 people showed up.

Quirindongo said Seattle’s plan to eliminate its carbon emissions is a good one, but it’s not having much impact.

“It’s a very thorough plan, but the general public, frankly, I don’t believe is aware that a plan exists, or what it means or what the implications of it are to them and their daily activities” said Quirindongo.

Quirindongo said he thinks it might even be deliberate that the city’s climate action plan is so little known outside a handful of policy wonks. That way, when the city breaks its promise to do right by the climate, few people find out, and nobody’s held accountable. 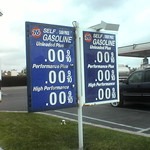