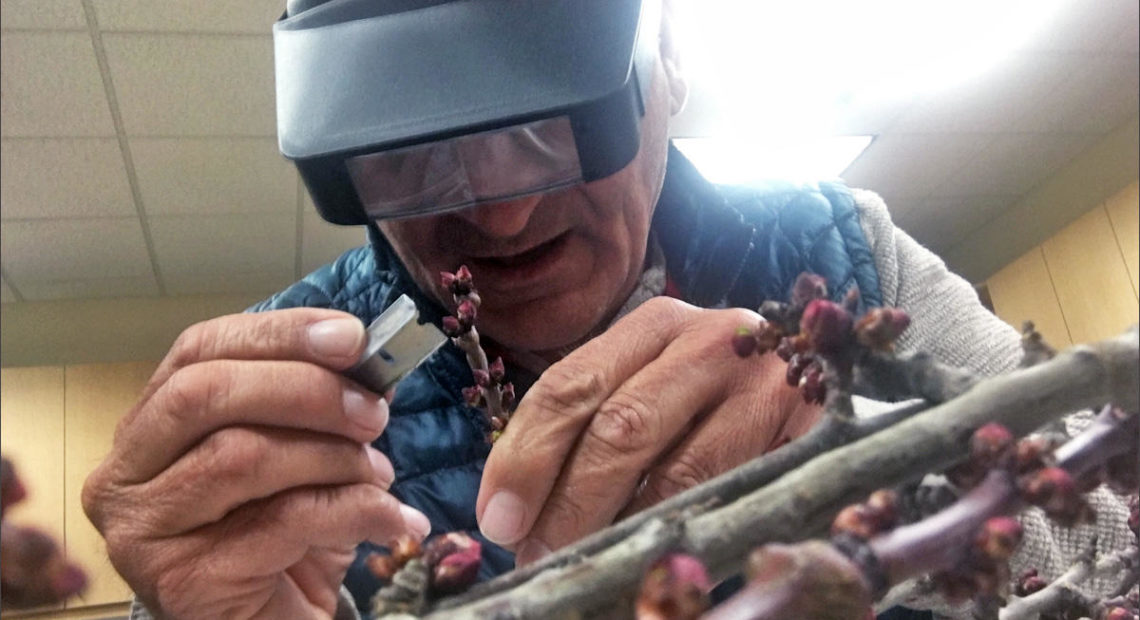 The recent bite of arctic air is causing real worry for Northwest fruit farmers. They’re fretting over their trees’ tender buds. And it all might get worse as things warm up.

Farmer Ric Valicoff grows about 1,700 acres of fruit throughout the Yakima Valley. He said thanks to the balmy weather this winter, the fruit buds on all those farms have been nearly 20 days early in their development.

But a cold snap took temperatures down into the teens in many of his tree blocks, threatening his apricots, nectarines and peaches.

In order to predict how much the cold weather will affect this year’s summer crop, farmers painstakingly cut open buds from the trees to see if they are alive or dead. If they see black spots—like tiny little specks of pepper—inside the buds, they know that bud won’t produce fruit this summer.

Valicoff found dead buds throughout his orchard. He was worried he might have lost half of his apricot buds, but so far it looks closer to 15 to 20 percent.

“I’m very surprised that they took the temperatures that they took,” Valicoff said. “But I did put heat in these blocks the night before last.”

For Valicoff, this cold snap isn’t a disaster yet. He can bring in more bees to pollinate, and do less hand thinning later. But he can’t lose too many more buds, so he’ll have crews warming the orchards each cold night with wind machines, diesel heaters and irrigation water until early June.

And this time of year, farmers often pull all-nighters working these machines to save your summer fruit.