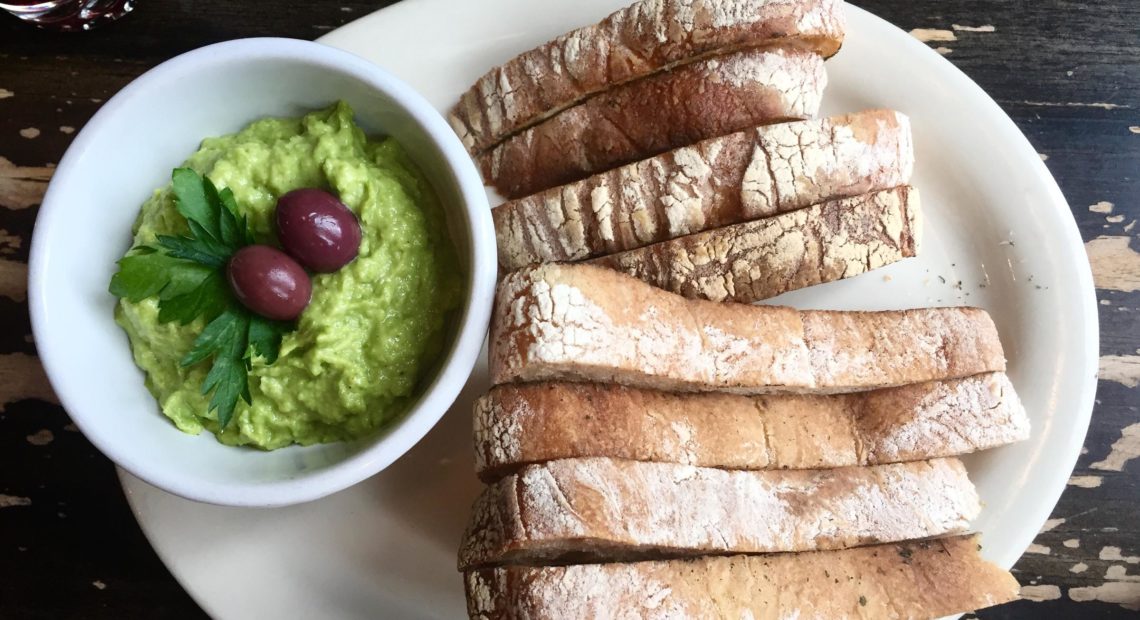 If you’ve ever had chickpeas, lentils, or dry peas and beans, you’ve eaten pulses. Some think these dried legumes will become even more hip than quinoa and kale. There’s an international push to put more pulses on your table – and that’s good news for Northwest farmers and foodies.

“They’re all like my children. I love them equally. For different dishes, they have so much,” said McGreevy, CEO of the American Pulse Association. “But you can’t go wrong with hummus. You have to love chickpeas for hummus alone.”

And he’s come to the right place for the dish: Black Cypress restaurant in Pullman — in the heart of Washington’s pulse-growing country. McGreevy has become a pulse evangelist.

A server brings out a bowl filled with a spring take on hummus, which is traditionally made of chickpeas, tahini, and olive oil.

“We have some asparagus hummus,” the server said as he sat a bowl down on the table.

“And you thought hummus was just served with garlic. Okay, should we taste this?” McGreevy said, taking a bite out of a thick piece of bread layered with hummus.

“That’s what’s great about pulses: no matter what variety or flavor, they’re a great complement to all foods and alone,” he said.

McGreevy isn’t the only person on the Palouse praising hummus. This Middle Eastern dip has become very popular in recent years. Fueled in part by the gluten-free movement, profitability and demand for chickpeas have increased dramatically over the past decade.

That’s good news for growers like Frank Wolf. All over the region farmers have started switching more of their land to chickpeas — this year alone there’s a 10 percent increase in acres planted in chickpeas. Officials say that crop has seen a steady increase over the past decade.

Wolf sits in the driver’s seat of an automated tractor, making single passes across, up and over hills. He’s farming the same land his grandfather did in 1911 — but he’s growing different crops.

He’s seeding a new field of chickpeas, also known as garbanzo beans — he started growing them in earnest in 2000. Once this field of tiny red seeds are harvested around October, they’ll be destined for packages of Sabra hummus.

Growers hope other pulse products — dry peas, beans, and lentils — take off next. And that could very well happen with a massive global marketing campaign this year: The United Nations has named 2016 the Year of the Pulse.

Quinoa saw a similar push in 2013, with it’s own International Year. Marketers are fond of saying pulses are soon-to-be the next quinoa, the next big crop. 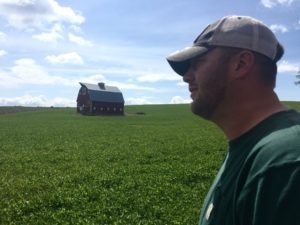 Down the road from Frank Meyer, Allen Druffel shows off a field of Austrian winter peas. Thanks to good timing and help from Mother Nature, the crop is strong. Long green rows frame his barn that displays a “Palouse Country” sign.

“We only go to the pretty fields. I lucked out with this one,” Druffel said.

Pulses add nitrogen to the soil and even leave some behind for the next crop planted in the field. For farmers that means they don’t need to apply as much fertilizer and their soil stays healthier.

“A low water use, nitrogen-fixing crop is going to be key. If we keep getting hotter and keep getting earlier, we have to do everything we can to conserve the moisture,” Druffel said.

Back at the restaurant, Tim McGreevy touts the health benefits of pulse crops.

“Pulses have twice the amount of protein as quinoa,” McGreevy said. “They have four times the dietary fiber as whole grains. They actually have more iron than a three-ounce serving of flank steak.”

He thinks pulse crops are going to be essential to feeding the world by 2050, as populations boom and more people need more food.

For now he’ll look for new, innovative ways to use pulses in meals.

“Now we have pastas. We’re making chickpea pancakes. We have terrific recipes for cookies that include bean flours to chickpea flours to lentil flours,” McGreevy said.

And there’s another new use for chickpeas: a new cooking trend called aquafaba. It uses the foamy water left over from cooking and transforms it into something else edible. McGreevy saw a chef demonstrate the technique first hand at a cooking seminar.

“He made a tremendous whipped cream out of chickpea water, the cooked chickpea water. You don’t have to waste any of it,” McGreevy said.

With the Year of The Pulse in full swing, McGreevy is hoping the pulse of the industry will keep going strong. 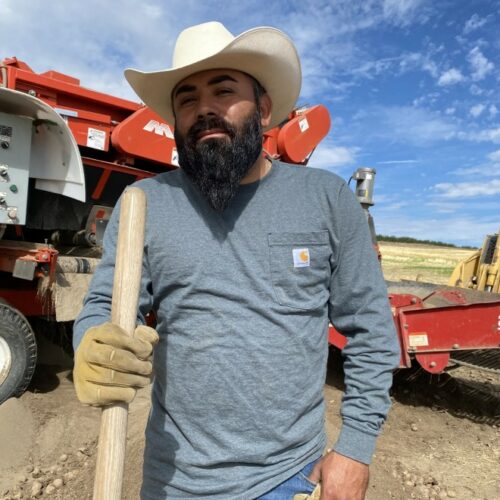 Now that fall’s here, Northwest farmers are taking account of their summer work and crops. And they’re planning for their next harvest. But this summer’s drought and heat twisted things up. A day-trip up Taylor Flats Road in Franklin County quickly shows some of the heat’s major damage. Continue Reading Strange Harvest: Weird-Shaped Potatoes, Melons That Won’t Keep And No Moisture To Plant Wheat