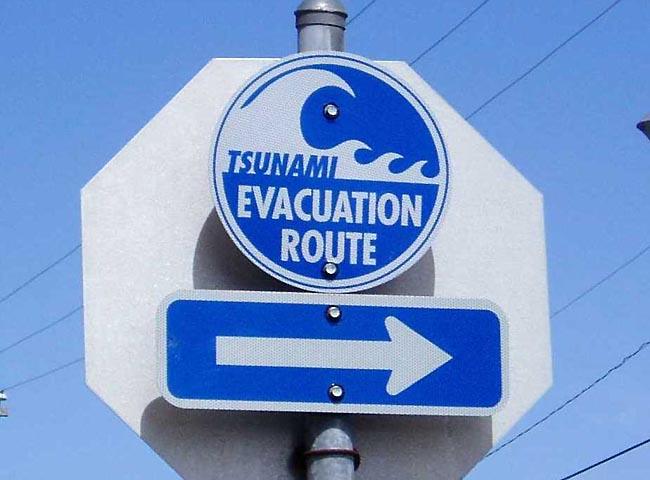 Emergency managers from Washington coastal counties and tribes practiced tsunami alert communication and coordination with state and federal partners Thursday. They’re trying to smooth out glitches revealed after an undersea earthquake in Alaska in January.

When that magnitude 7.9 quake hit off the coast of Alaska, it triggered a tsunami watch along the Oregon, Washington and California coasts. Most people slept right through the alert because it came in the middle of the night.

Coastal residents who did get the alert were often confused about what to do in a tsunami watch, said Pacific County Emergency Management Director Scott McDougall.

“We had people who were self-evacuating as a result of the watch, which just basically said, ‘Pay attention, we’re going to tell you what to do later.’ But they thought that meant they needed to go,” he said.

McDougall said the difference in messaging a tsunami watch and a tsunami warningneeds to be clearer. The warning alert means waves are incoming and you should move inland or to higher ground immediately. A tsunami watch is less urgent than a warning, and it does not set off sirens. 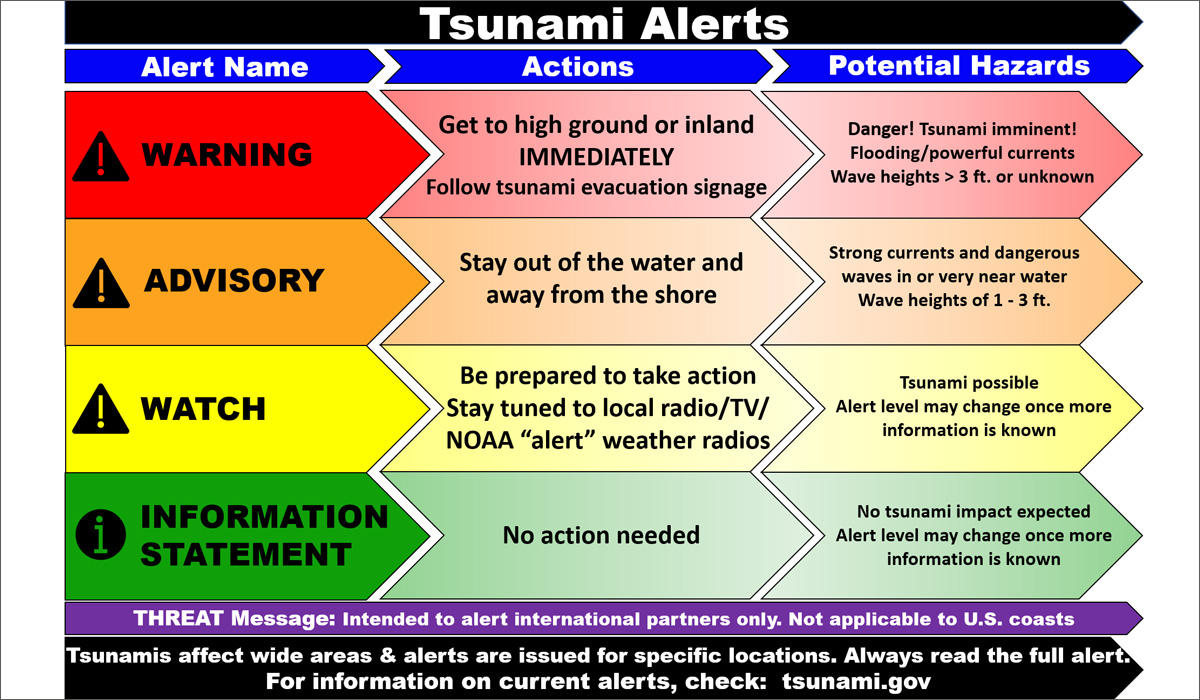 City of Ocean Shores Mayor Crystal Dingler said during the January incident information didn’t filter down as quickly and as well as she would have liked. She said she and many other Northwest coast residents have updated their NOAA weather radios since then or checked to make sure they were opted in to county telephone notification services.

There are many ways to get tsunami alerts, most of which require a person to sign up for something such as texts, email or an automated telephone call. Even if people don’t opt in, the highest alert level will set off warning sirens along the coast and trigger emergency messages on radio and TV.

The tsunami generated by the January 23 Alaska earthquake ended up being barely noticeable on the Pacific Northwest coast and did not cause any damage.

On Thursday, more than 50 local, state and federal emergency managers and responders gathered at the state Emergency Operations Center at Camp Murray near Tacoma for a tabletop exercise using a dire scenario of a distant tsunami generated by a magnitude 9.2 Alaska subduction zone earthquake.

Coastal areas of the Pacific Northwest would have three to five hours of advance warning in this instance.

During the exercise, participants reviewed who would be notified at each stage of the evolving situation and the correct response to imperfect knowledge of whether a damaging wave was coming.

Closer to home, the offshore Cascadia subduction zone poses a bigger tsunami threat, but in that case the strong shaking would serve as your primary alert to move to higher ground. Other means of warning may not be functional in the aftermath.

Next week, emergency managers and geologists are going on an outreach tour through four Washington coastal counties. The so-called Tsunami Roadshow will present updated information about tsunami hazards, the alert levels and preparedness actions people can take. The six public presentations in Raymond, Ilwaco, Westport, Ocean Shores, Port Angeles and Chimacum between April 10-13 are free.

Unlike the Cascadia Subduction Zone, the faults in eastern Washington are in the upper crust, (the outermost layer of the earth). That means they’re closer to the surface and to communities. They may not produce as large of an earthquake as the subduction zone off the coast, but the earthquakes these inland faults can produce could significantly damage infrastructure in nearby communities. Continue Reading In Southeastern Washington, Geologists Dig Into The Past To Find Fault Signs Of Future Shaking

Prepping For ‘The Big One’: Coastal Hospitals Get Creative With Disaster Planning

The state of Oregon is pushing the community hospitals along the Oregon Coast to improve their earthquake resilience. This comes after a state report predicted none of them would be able to sustain operations after the feared Big One — a magnitude 9 offshore Cascadia earthquake and tsunami. Continue Reading Prepping For ‘The Big One’: Coastal Hospitals Get Creative With Disaster Planning