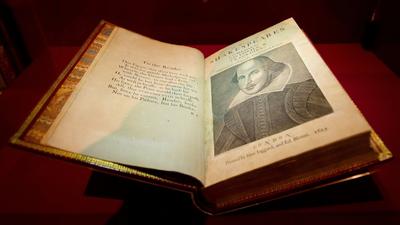 What’s the right music for a Shakespeare play? Depends on what century you’re in. In the 400 years since the plays were new, generations of composers have set their musical styles onto Shakespeare’s scripts.

Now Britain’s Royal Shakespeare Company has opened up its music vault and released recordings of some of the scores they’ve stashed there over the past century. The RSC’s head of music invites NPR’s Ari Shapiro to compare an indie-rock version of “Who is Sylvia?” from their current production of Two Gentlemen of Verona, with a 1938 setting of the same Shakespeare lyrics.