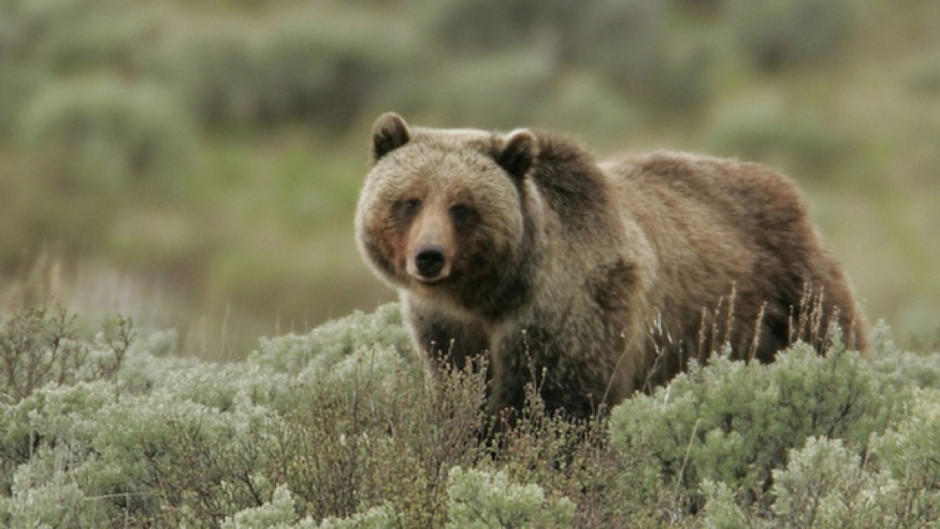 Would you like to see more grizzly bears in Washington’s North Cascades? That’s what the federal government is asking during informational meetings across the state. A plan is in the works to consider adding more grizzlies to Washington’s dwindling population.

Okanogan is a small town nestled in the foothills of Washington’s North Cascade mountains. It’s surrounded by rangeland, apple orchards, and hiking trails. Ranches and homesteads butt up to the Okanogan National Forest and other public lands.

One of those properties is owned by Bill Bruton. He and his wife have spent the past 15 years living in a cabin in the woods of Okanogan County.

Bruton worried about his grandkids out hiking. And his rancher friends’ cattle — should more bears return to this area.

“I don’t know what good these meetings do because we keep on going to meetings and meetings, and nothing ever goes our way,” Bruton said.

Emotions ran high at the recent Grizzly bear open house Bruton attended. But it was nothing like the meeting held there 22 years ago.

Back in 1993, ranchers and townspeople raised their voices when the federal government asked what they thought about bringing grizzly bears into their backyards. Spit flew in the faces of officials during the infamous meeting.

No one left happy.

Flash forward to the current round of meetings in the North Cascades. People still aren’t happy. At the Okanogan open house, residents chimed in: Keep the bears in Alaska. Canada. Don’t bring “another predator” here.

Biologists were on hand to answer Bruton’s questions. Some were there 20 years ago. Like meeting an old adversary in battle — people still stuck to their guns.

One man who attended both meetings was Chris Servheen . He studied grizzlies his entire career with the U.S. Fish and Wildlife Service. He was on the ground team to start grizzly recovery efforts back in the early ‘80s.

“It’s good to get started on some efforts here in the North Cascades because these bears need a lot of help,” Servheen said.

It’s been during Servheen’s career that the endangered bears have built sustainable populations in Yellowstone and Glacier national parks.

He’s also helped reintroduce grizzly bears in northwest Montana — where people were just as upset about the idea as they were in Okanogan.

In the early 1990s, Biologists brought in 14 bears to a grizzly recovery zone in that part of Montana.

Servheen said since then none of the bears have attacked people or livestock. The population has increased to 45 grizzlies.

In Washington’s North Cascades grizzly bear numbers are so few that no one has reported spotting one since 1996 in Washington.

Biologists said it will take up to a century before grizzlies reach a sustainable population in the North Cascades. That’s because they live a long time and don’t have cubs until they’re pretty old.

Servheen said that means his great-grandchildren could see a recovered grizzly bear population in these mountains. That would mean about 200 bears.

“That’s why we do this, so that future generations have something to see,” Servheen said. “Grizzly bears occupy about four percent of their former range in the lower 48. We don’t want to relegate them to Canada and Alaska.”

Joe Scott is with Conservation Northwest. He said having grizzlies in an area means the ecosystem is healthy.

“They’re one of the missing pieces of the ecological puzzle of the Cascades,” Scott said. “And we’re responsible for its disappearance from the landscape, and we should be responsible for helping it return.”

The federal government hasn’t officially proposed any options. That will come next summer. Right now, options could range from bringing in grizzly from more healthy populations to doing nothing.

Although Chris Servheen said that’s not really going to work.

“Such a small population is going to eventually go extinct without some assistance,” he said.

It’s not only ranchers who are concerned. Hiking and climbing groups said they want to make sure the forests and mountains stay safe for recreation.