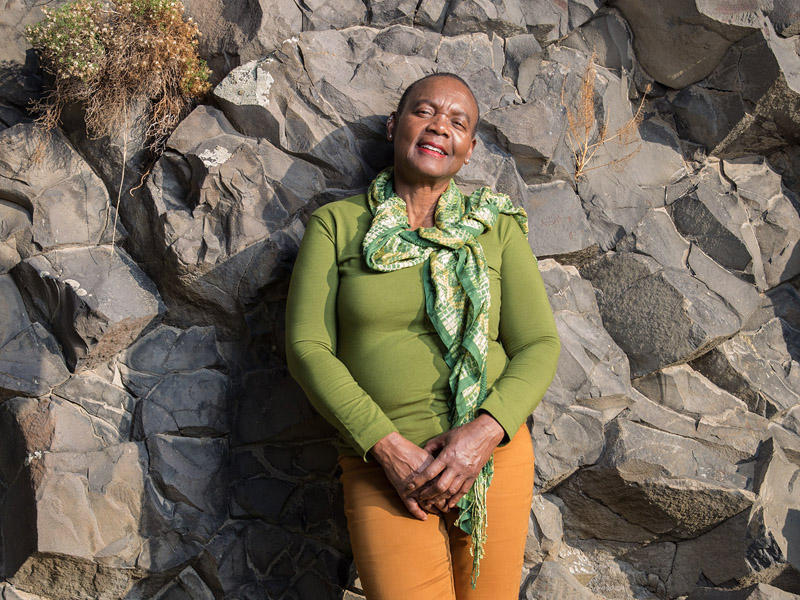 This story was originally published AUG 4, 2015.

In the West, there aren’t a lot of black woman geologists who specialize in uranium deposits and groundwater. Zelma Maine Jackson landed far from her home state of South Carolina, but drilled into life in the West.

Maine Jackson’s independent spirit carried her into science and the great wide West. And Hanford. 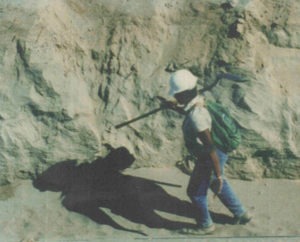 In her early career, she specialized in finding uranium for mining. She had to map the subsurface through core samples. That meant she spent a lot of time on drill rigs — with drilling guys. In the early 1980s that work brought her to Hanford.

Sometimes as the lone black woman on these teams she was targeted for hazing or dangerous pranks. When guys would get in trouble for it, they isolated her and called her the n-word.

This was her life. Living and working in remote areas on dangerous jobs with guys who, at best, would not talk to her. 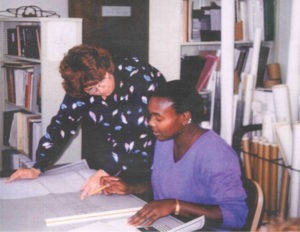 Zelma Maine Jackson and Dr. Ann Tallman in 1982 while designing a drilling project for the Basalt Waste Isolation Project (BWIP).

‘We were bonded forever’

And some of them knew about her before she even got to their site. Jackson told a story about one of those guys named Buck.

“Buck was from Montana,” she said. “Big stocky, almost seven-foot huge, 300 pound guy, big guy. And his helper was Neil.”

Neil was a smaller, older man from Wallace, Idaho.

“I mean Buck had a very strong heavy voice, but Neil had this very squeaky, female-type voice,” Maine Jackson said. “He was an old guy, and he chawed tobacco.” 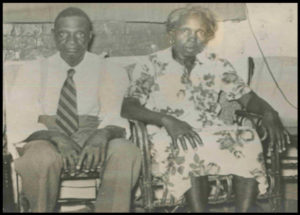 Walter and Hannah Maine, Zelma Maine Jackson’s grandparents, are seen here circa 1932. Hannah, a midwife, had six daughters, while Walter was an agriculture manager at Twickenham Plantation in Yemassee, South Carolina.

And in the early ‘80s the three of them worked together at Hanford. On the nuclear site she was studying the flow of groundwater toward the site for a possible deep storage repository for high-level radioactive waste. Guys like Buck and Neil would drill out core samples and she would analyze them.

One summer something on the drill rig went really wrong.

“We were drilling and we hit a pocket, a vacuum. It was like 60 feet of pipe, and the rig was shaking. It was going to blow, it was all going to blow out.”

Maine Jackson said about 30 feet of pipe came springing out of the hole.

Buck held the rest of the drill pipes together underground by keeping his hands on the shifter and pressing down with all his weight.

“Holding it meant that the pipes didn’t hit me and Neil, which would have killed us instantly,” Maine Jackson said.

Buck leaned on the shifter until water gushed out and the pressure equalized. They were safe. And Maine Jackson said it changed them.

Zelma Maine Jackson, as a toddler, sits on her Aunt Mary Lee’s lap in front of Twickenham Plantation in Yemassee, South Carolina, circa 1952.

“After that incident, Neil and Buck made sure to tell all the drillers and all tool pushers, everyone at work, ’if she’s going to be an N-girl, she’s our N-girl and no one else will ever call her a N-girl again,’” she said. “We were bonded forever.” 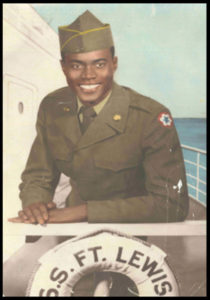 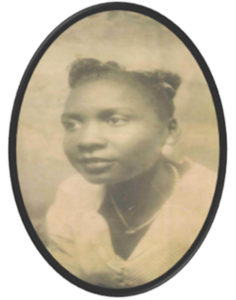 And that bond gave her cred on the worksite that helped her on every drill rig at Hanford and beyond. She was a seasoned pro.

“I’m touching the earth when it first comes back into this world again,” she said. “It’s hundreds and thousands and million years, it’s in my hand.”

Maine Jackson said she’s nearing her retirement now. But she’s hoping there might be some up-and-coming young geoscientist — black, with a spirit of adventure — to replace her here in the West.