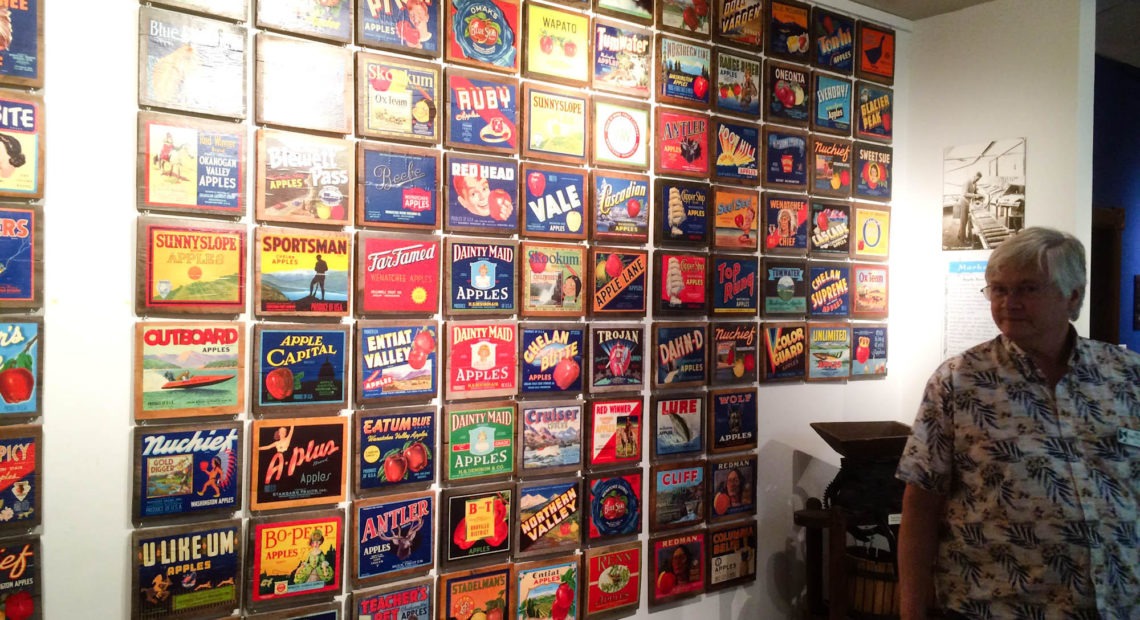 Former Apple Orchards Leave Behind A Legacy Of Tainted Dirt

For decades, apple growers in Central Washington sprayed their trees with a misty brew of lead and arsenic to keep pests away. The practice stopped in the mid-20th century. Since then, many of those orchards have been redeveloped — some as housing subdivisions, schools, and daycare centers. Even though the orchards are long gone, those toxic chemicals remain in the soil.

Growing apples has been a way of life for more than a century in Central Washington. There’s no better place to revisit that history than at the Wenatchee Valley Cultural Center.

Bill Rietveldt is the curator. Antique photos hang on the wall, including one showing men in suits and bowties. They’re using what look like gardening hoses to spray apple trees with a pesticide made of the chemical elements lead and arsenic.

“Not much in the way of protection there, men,” Rietveldt says.

The pesticide lead arsenate was introduced in the 1890s. Not long after that, Washington growers were using it to protect their apples from a crop-ruining pest.

You’ve seen cartoon images of a worm popping its head out of an apple? Well, it’s actually the coddling moth caterpillar that infests apples, turning them into inedible mush.

It’s almost unheard of these days to bite into an apple and find a caterpillar.

But Jack Pheasant has vivid memories of those pests. He grew up on an orchard in Central Washington in the 1940s.

Sitting by the Columbia River in Wenatchee, Pheasant remembers his father spraying the family’s orchard with lead arsenate. He says without the pesticide, the country’s most productive apple growing region wouldn’t have produced apples.

“It is a legacy left over from the times that was the best technology available we had at that time,” Pheasant says. 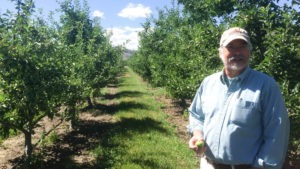 “By the end of ‘30s there’s so much lead arsenate being used that there was an argument that it wasn’t really poisoning the insects,” Peryea says. “It was forming such a coating that the insects couldn’t chew through it.”

By the late 1940s farmers started switching from lead arsenate to other pesticides. But lead doesn’t break down or move in soil. And for the most part, the same is true for arsenic. So much of the lead arsenate sprayed even 100 years ago is still in the soil today.

Peryea says it’s estimated that legacy lead and arsenic continues to contaminate more than 180,000 acres of old orchards in Central Washington. That’s an area roughly the size of Seattle and Portland put together.

And here’s the problem: that lead and arsenic continues to pose a risk to the health of people who come in contact with it. Especially children.

Lauren Jenks is the director of the Office of Environmental Public Health Sciences. She says arsenic exposure can increase risks of cancer later in life. And even low level doses of lead can cause lower IQs and increase the likelihood of behavioral problems.

“Lead is bad for young brains at any level,” Jenks says. “There’s no level that we consider safe for kids.”

Studies by the Washington Department of Health have found that children in the state’s apple-growing region of Central Washington are at a greater risk of lead exposure than children growing up in other parts of the state. The historic use of lead arsenate pesticides may be a reason, according to those same studies.

Our investigation found that many of the places where children play outside — places like backyards and playgrounds at daycare centers — haven’t been tested for pesticide contamination or cleaned up — even though they were built over former orchards where lead arsenate pesticides were probably used.

That doesn’t sit well with Jose Luis Mendoza, a daycare operator in Yakima.

“It’s very important to know how safe is our area, especially for this age of kids,” Mendoza says. “They’re playing, and they put everything in their mouths.”

In our next report we’ll hear more from Mendoza, who has to decide whether to have the soil tested at his daycare center. And we’ll meet a mother who discovers her children have been playing in a backyard that’s still contaminated with pesticides used on apple trees that once grew here.