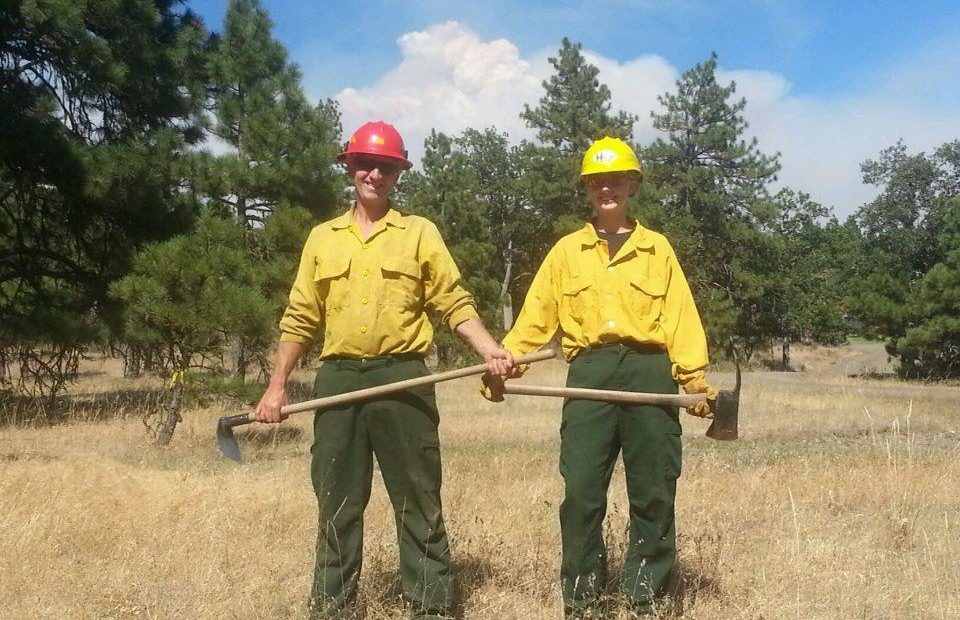 Private companies are essential in fighting the mega-wildfires that yearly burn through the backcountry and encroach on towns. One fire company in the Methow Valley is a family affair.

Methow River Wildfire started out as a very small business – a hobby, really. Bill Duguay bought one engine in 2004. He’s since expanded to seven, sneaking in an engine here and there like a new toy.

“So this is an engine. It looks like a regular pickup in the front. It’s heavy-duty so it can carry more weight,” Bill said.

Companies like his are what federal and state agencies often rely on, once fire season really picks up.

Like construction companies fixing the road down your street, private fire companies put in a bid for their services each year — adding up the cost of their engines, employees, and equipment. Low bids get called first, but high bids might make more in a busy year.

Johnnie Duguay has watched her dad run the business.

“It’s kind of a gamble if you’re going to get work,” Johnnie said.

The hardest part, Bill Duguay said, is keeping crews around. Duguay is lucky with two built-in crew members — his daughter, Johnnie, and son, Willy — and their friends from college. But it’s hard to keep other employees around, especially in a slow fire season.

Most people work odd jobs in the off season: as servers, house cleaners, or construction workers. Sometimes they just can’t keeping waiting in the wings for the fire season to start up to make money. (A good year can bring in thousands for a young firefighter. Good college money, said Duguay’s kids Johnnie and Willy.)

“We have to keep working at trying to find people and treating them well,” Bill said. “It starts to be a culture of people who enjoy the work and their identity as being firefighters.”

Another challenge, like any small business: surviving the years your wallet feels a little bit lighter.

“Being able to ride out the slow years, like farmers or fishers with seasonal work,” Bill said.

The family says last year wasn’t as tough to ride out as this fire season, which got off to a slow start. By comparison, 2015 was the busiest fire season the Methow River Wildfire company has seen.

It was Johnnie’s first year as an engine boss — that means she was in charge of two people — her brother and a cousin — and her dad’s equipment. It’s a tall order, but one she was ready for.

But The fire season? No one was ready for that.

Fires broke out in Wenatchee, Chelan, Twisp, Okanogan, Omak. It seemed like all of north central Washington was burning.

Johnnie’s engine was dispatched to Chelan last August for what’s called an initial attack, as the fire is just kicking up.

Spot fires leapt from home to home. The Methow River Wildfire crew drove down a road, behind some homes.

“There was kind of a wall of flames were coming toward us,” Willy said.

“Yeah, fire was backing behind a hill and started to move faster,” Johnnie said.

The crew did what they could to protect the homes around them and quickly left.

“It’s risky to be at the head of the fire,” Bill said. “If the fire is coming toward you, that’s a hard place to be.”

Then the Twisp River Fire broke out. Three firefighters were killed, including one of Johnnie’s best friends, Tommy Zbyszewki. His picture still hands on their refrigerator.

Johnnie’s mother, Jennifer, takes it down and gently sets it on the dinner table.

“I was numb last year. I cried a lot,” Jennifer said.

This year, they’re hoping the fires stay in the wildlands — away from homes, barns, crops, and people.

The kids like what’s known in the fire-world as “mopping up,” checking for hot spots in the black, burned-out areas of a fire.

“If you have a hole where stump used to be, like it burned out, and it’s still burning in the roots, you put a little bit of water in there,” Willy said. “Then you chop out burning material, and mix it and stir it up.”

“I’m pretty sure I’m still scrubbing dirt and ask out of my pores a month after fire season,” Johnnie said.

“You get dust and ash all over yourself,” Bill said.

“It starts at your boot and then you’re dirty all the way up,” Johnnie said. “Dirt gets everywhere.”

So far this year the company has already been dispatched to the Range 12 Fire south of Yakima and the Black Rock Road fire in Odessa, and there may still be more fires to fight  this season. 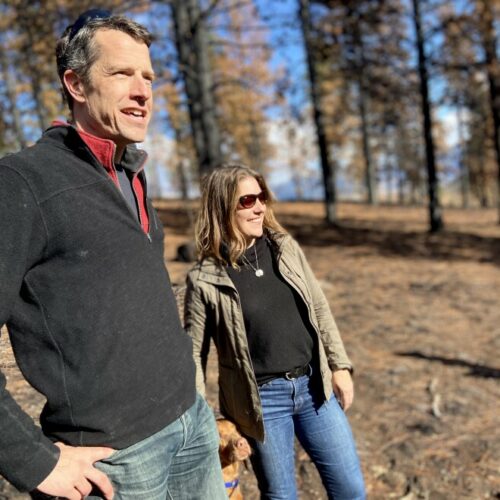 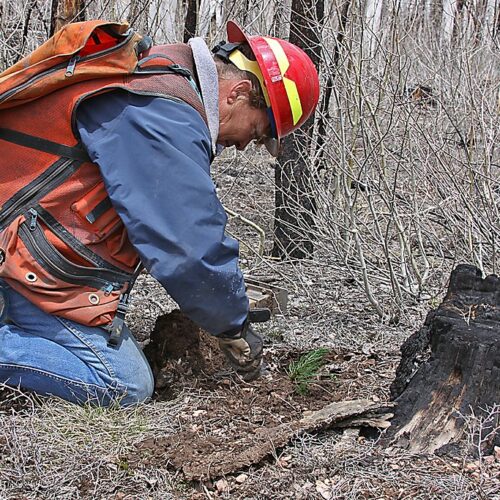