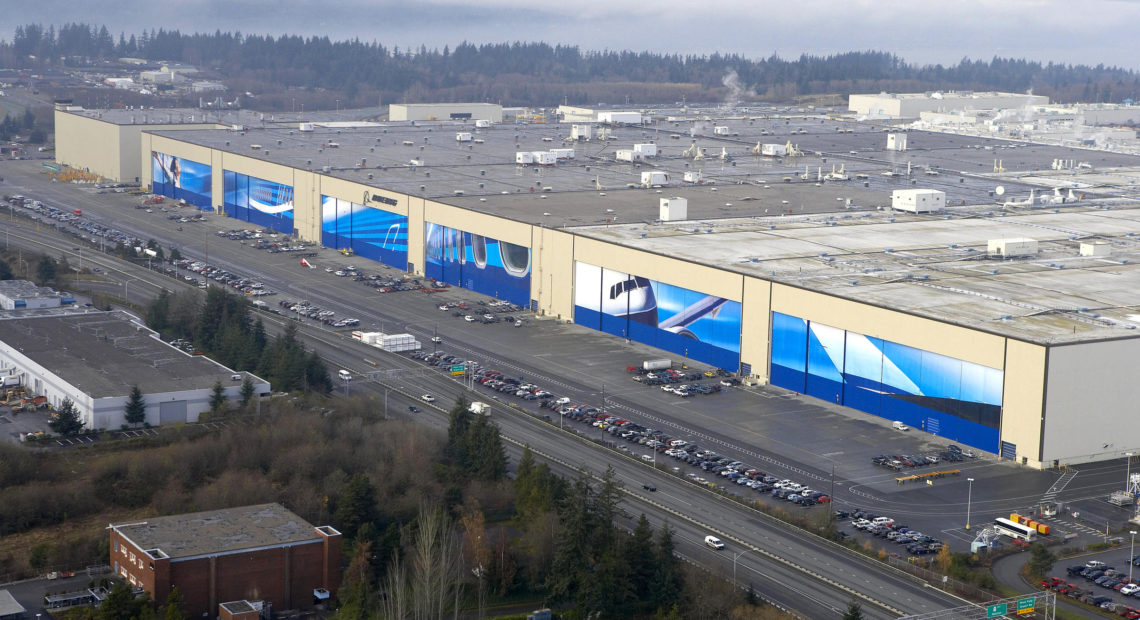 Boeing To Start Trump Era With New Wave Of Downsizing

A 32-year career at Boeing comes to a close in April for engineer Dave Baine of suburban Seattle. Baine was already prepared to retire when Boeing sealed the deal by making him a buyout offer last week.

“It’s better than a gold watch,” Baine said. “The deal is six months’ pay in a lump sum and extended health insurance.”

“It’ll help the younger folks that want to stick around and help some of the older folks exit quickly and quietly,” he said.

Boeing, the country’s single largest exporter and one of the corporate sponsors of Friday’s inauguration, enters the Donald Trump era with plans for buyouts and layoffs.

This comes on top of nearly 11,000 job cuts across the company last year, according to a union tally.

The company’s PR department declined to say whether there’s a specific target number for job cuts this year. Most of the trims will come from the commercial jetliner workforce in western Washington state. Boeing has a lot of planes on order, but new jet sales are slowing. Plus, Canada, Brazil and China are getting in the game, making for increased competition and pricing pressure.

“We’re not seeing any evidence of a serious downturn, but there’s just a lot more risk of a downturn materializing,” said Richard Aboulafia, an aviation analyst at the Teal Group.

Aboulafia said Boeing is a prime example of the kind of major manufacturing company that will be in the spotlight under President Trump. He said the incoming administration creates additional risks as well as opportunities.

“Obviously anything that caused any kind of trade ruckus, particularly with China, that would be very bad news,” Aboulafia said.

On the other side of the ledger, the prospect of higher military spending could help major defense contractors like Boeing. New fighter jets and a multibillion dollar contract to replace the aging Air Force One jumbo jets spurred a second face-to-face meeting between Trump and Boeing CEO Dennis Muilenburg, who said he left Trump Tower Tuesday feeling “very encouraged.”

“We’re all on the same page here. Our objective is to provide the best capability for our country most affordably. We want to generate jobs in the U.S.,” Muilenburg said.

Trump did not speak with reporters after Tuesday’s meeting. But the president-elect was pretty candid about his strategy of pressing for cost concessions. “It’s a dance,” is how Trump put it after a Twitter jab and an initial meeting with the Boeing chief right before Christmas.