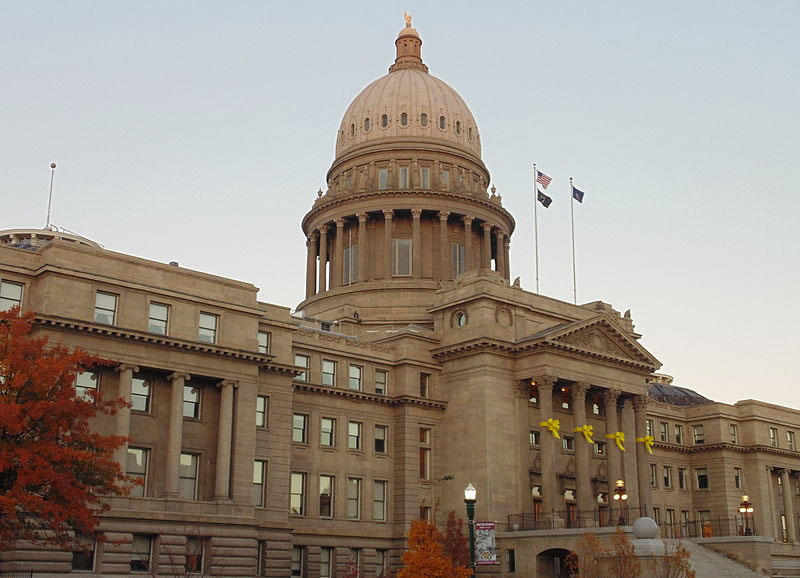 Idaho Legislature Moves To Nip ‘Sanctuary Cities’ In The Bud

The red-blue divide on immigration is on prominent display in the Northwest Monday. The state attorneys general of Washington state and Oregon are denouncing the Trump administration for its order limiting travel from seven majority-Muslim countries.

The Idaho legislation echoed an executive order from President Trump last week to crack down on so-called “sanctuary cities.” A bill introduced in Boise Monday would take away state tax money from any Idaho cities or counties that refuse to assist the feds on immigration enforcement.

“There is a way to oppose the administration’s initiatives,” he said. “Sacrificing security by refusing to cooperate with the immigration authorities is not the way to do that.”

Idaho currently has no sanctuary cities — in contrast with neighboring Washington state and Oregon — and Chaney wants to keep it that way.

Chaney told a packed meeting of the Idaho House State Affairs Committee Monday that his bill “does not seek to authorize or encourage (local) law enforcement to seek out those who have violated immigration law alone.” What the measure would require is for local police and jails to hold misdemeanor and felony suspects who cannot show legal immigration status for federal review and possible deportation.

Those policies appear to conform with current practice by police departments in Idaho. The House State Affairs Committee introduced the bill Monday with just one Democratic lawmaker casting a nay vote. The proposal must now clear a full legislative hearing in Idaho’s overwhelmingly Republican legislature.

“Idaho is recognized as one of the safest states in the nation and our local law enforcement does a superb job,” Democratic Minority Leader Mat Erpelding said in a statement Monday. “This bill is a solution in search of a problem and will further marginalize those members who work hard to support their families. Agriculture is the backbone of many rural Idaho communities and this bill will cause local governments to target Latinos unfairly. We must focus on uniting all of our communities, not dividing them.”

In Seattle, King County Sheriff John Urquhart reiterated his belief that limiting police officers’ role in immigration enforcement is just good policy because if witnesses or crime victims are afraid of going the police because they might be deported, local law enforcement can’t do its job properly.

Since 1987, Oregon has had a state “sanctuary” law which prohibits state and local law enforcement agencies from investigating or apprehending people whose only violation of law is that they are in the U.S. illegally.

Oregon state Rep. Sal Esquivel of Medford, a Republican, is trying to overturn the state sanctuary law through an initiative proposed for the 2018 ballot.