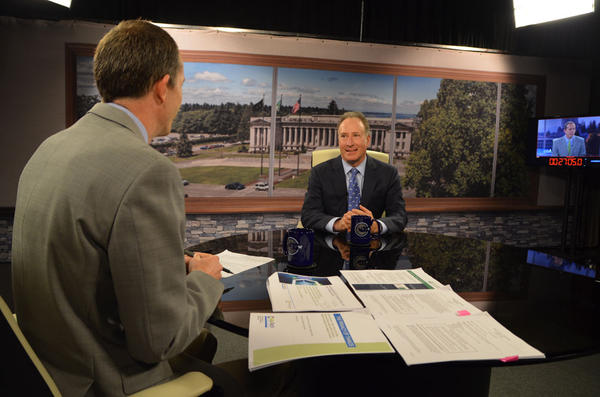 Should Washington State Establish An Online Consumer Bill Of Rights?

Alben is a Stanford-educated lawyer who worked for Starwave and RealNetworks before becoming Washington’s first chief privacy officer in 2015. He said the time has come to give online consumers new protections that go beyond the state’s 56-year-old Consumer Protection Act.

“Way beyond the Consumer Protection Act,” Alben said. “That act is a great act. It’s a pre-internet act.”

Alben envisions a new consumer bill of rights specifically to protect digital or online privacy. He said one element of this new law should be something called “consent in context”—an idea that’s catching fire in Europe.

“If you’re going to use my data for a purpose that I didn’t know about or I didn’t think about, you have to come back to me and then say ‘I want to use this data in another way, do I have your consent?’” Alben said.

He believes Washington state should press forward with new consumer protections in the absence of action at the federal level.

Alben noted that in 2012 then-President Barack Obama proposed a privacy bill of rights, but it was criticized by both industry and privacy advocates and didn’t pass Congress.

In response, a large, bipartisan group of lawmakers in both the Washington House and Senate introduced legislation to re-impose those rules at the state level. The measure passed the Democratically-controlled House, but didn’t get a hearing in the Republican-controlled Senate. The bills would have required broadband internet providers to get permission before selling an individual’s internet browsing history for commercial purposes.

Washington lawmakers could still adopt an internet privacy law as part of a final budget deal.

Two new privacy protections did pass the Washington Legislature this year and were signed into law by Gov. Jay Inslee. Both deal with biometric identifiers like fingerprints, iris scans, facial recognition and voiceprint.

Alben spoke with Austin Jenkins on TVW’s “Inside Olympia” program.