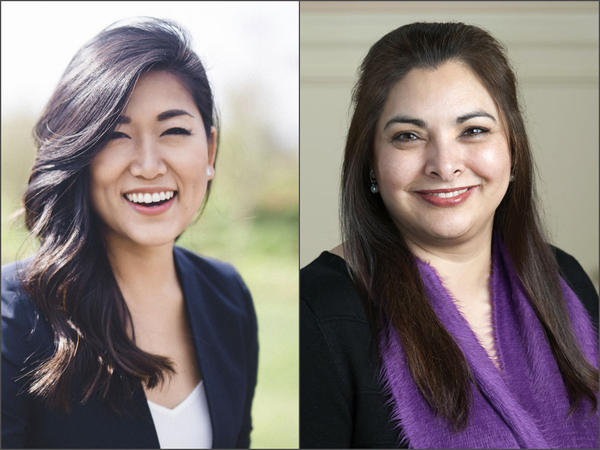 It’s only June in an off-election year, but yard signs are up and candidates are knocking on doors in Washington’s 45th legislative district. It’s just one race, but the outcome could decide who controls the Washington state Senate.

The 45th stretches from Sammamish to Woodinville on Seattle’s east side. Republican Andy Hill held the state senate seat in this district until his death last October. Now a special election this fall will fill the position.

But this is no ordinary legislative race. Republicans currently have a one-seat majority in the state Senate. If they want to hold onto that majority, they must hold onto this seat. Their candidate in Jinyoung Englund, a former director of communications for The Bitcoin Foundation, whose mission is to create awareness about the digital currency.

Key issues in the race include education, transportation and taxes. And the race has already drawn more than $840,000 in direct contributions and independent spending.

Democrats expect an electoral tailwind this year because of the impact President Donald Trump is having on the Republican brand—especially in suburban areas. They’re emphasizing Dhingra’s experience not only as a prosecutor, but as an advocate for women, immigrants, veterans and the mentally ill.

Republicans hope to keep the race local by tapping into anger over Sound Transit car tab fees and promising to be a bulwark against Democratic tax plans. They’re positioning Englund as someone with business experience, but also a daughter of immigrants, a military spouse and next generation candidate who can appeal to younger voters.

Both sides expect the contest to be a record breaker in terms of money raised and spent in a Washington state legislative race.

The brisk pace of the campaign contrasts with glacial budget negotiations in the state capitol where lawmakers are meeting in their second special session.