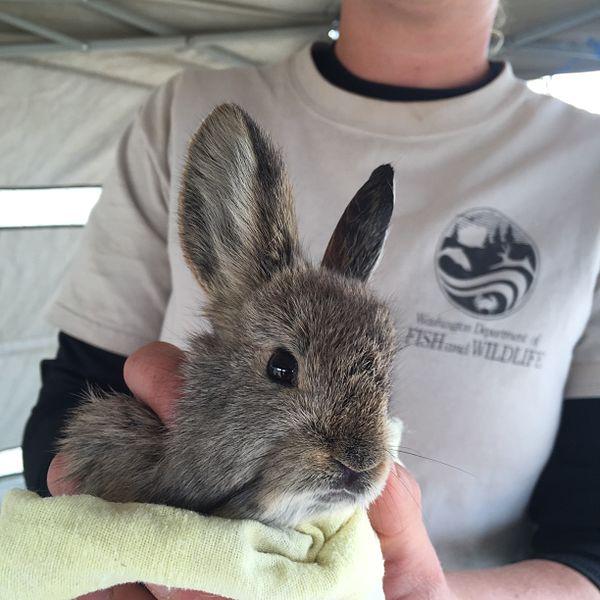 Wildfires Are Big Trouble For The Northwest’s Lynx, Pygmy Rabbits And Other Creatures

As wildfires rage across the Pacific Northwest, more than just people are displaced from their homes. Finned and furry creatures are also feeling the effects of the flames.

Until the fires stop burning, biologists won’t be able to survey places where imperiled birds, mammals and fish have been barely hanging on.

Canada lynx habitat in the Pacific Northwest may be gone once a fire in Northcentral Washington stops burning.

Jeff Krupka is with the U.S. Fish and Wildlife Service.

“That’s particularly disheartening,” Krupka said, “because in the state of Washington, we have essentially one reproductive population of lynx, and that’s where they live.”

Wildfire has already killed 70 endangered pygmy rabbits in central Washington. Elsewhere, biologists are worried northern spotted owls’ old growth forests are in bad shape, and that streams where bull trout, salmon and steelhead spawn will get mucked up with sediment.

But biologists say it’s not all bad news. Wildfires end up creating better places for some animals to live.