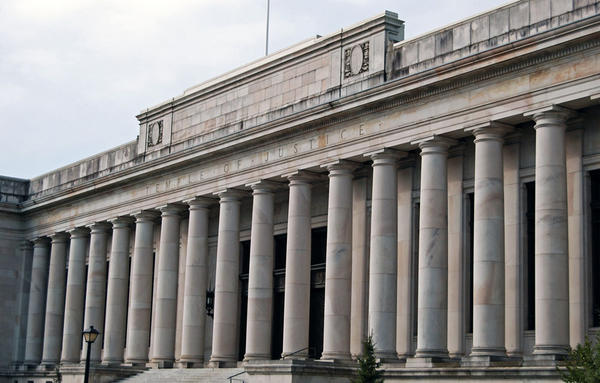 Washington state lawmakers will likely have to come up with an extra $1 billion for schools when they convene in January for the 2018 session.

The Washington Supreme Court issued a unanimous orderWednesday that said the state is not on track to fully fund public schools by a court-imposed deadline of September 1, 2018.

The Washington Constitution requires the state to amply fund K-12 education and the court reaffirmed that in its 2012 ruling in the McCleary school funding case.

“We cannot erode that constitutional right by saying that the State is now ‘close enough’ to constitutional compliance,” the justices wrote in their order.

Specifically, the justices said the Legislature fails to fully fund a new teacher and staff salary model until the 2019-20 school year—a year after the court’s deadline. To make up the shortfall by next September would require an additional $1.1 billion.

In issuing its order, the justices kept in place a previous contempt of court finding and a $100,000-a-day fine. They also warned that if the Legislature doesn’t act in the 2018 session to resolve the funding gap, “the court will immediately address the need to impose additional remedial measures.”

Earlier this year, Washington House Democrats and Senate Republicans negotiated a hard-fought compromise school funding plan intended to replace local levy dollars with state dollars to pay teacher and staff salaries. The plan included a new state property tax favored by Republicans along with the elimination of some tax exemptions, such as for bottled water, backed by Democrats.

In their order, the justices gave their blessing to the overall plan and said it appears to put the state on a path to amply fund schools. Specifically, the justices noted that the plan ends the reliance on local school levies to pay for basic education.

They did not, however, weigh in on whether the replacement revenue sources will be adequate in the long term.

“At this point, the court is willing to allow the State’s program to operate and let experience be the judge of whether it proves adequate,” the justices wrote

On that point, one of the Republican architects of the school funding plan declared victory, noting that the state is on track to nearly double per pupil funding by the 2019-20 school year.

“Providing students with the support they need and deserve required us to solve a generational problem with a generational solution,” said state Sen. John Braun, the current chair of the Senate Ways and Means Committee.

The justices, in their order, rejected an argument by plaintiffs in the case, and echoed by school districts like Seattle and Tacoma, that the plan falls short and robs school districts of local levy dollars.

But with the justices holding firm to their 2018 deadline, lawmakers will face a potential jam when they convene on January 8 for a short, 60-day election year session.

“Whether we can find $1 billion for the 2018 school year is another question that the legislature is going to have to address, none of us have talked about that,” said Democratic state Sen. Christine Rolfes, who will chair the Senate budget committee next year.

“I share the court’s disappointment that the Legislature did not meet its self-imposed 2018 deadline for fully funding basic education,” Inslee said in a statement. “The plan I put forward nearly a year ago would have done so.”

Lawmakers could instead tap the state’s rainy day fund which currently holds $1.5 billion. But that would require a two-thirds vote of both chambers to access that money. Senate Republican leader Mark Schoesler indicated that was a non-starter with his members. The rainy day fund is “for a downturn in the economy,” Schoesler said.

The state of Washington is expected to have a total of $2.4 billion in restricted and unrestricted reserves at the end of the current two-year budget cycle. “So that gives us some wiggle room,” Rolfes said.

Democrats will have control of both chambers of the legislature in January after winning a state Senate seat in a special election on the east side of Lake Washington.