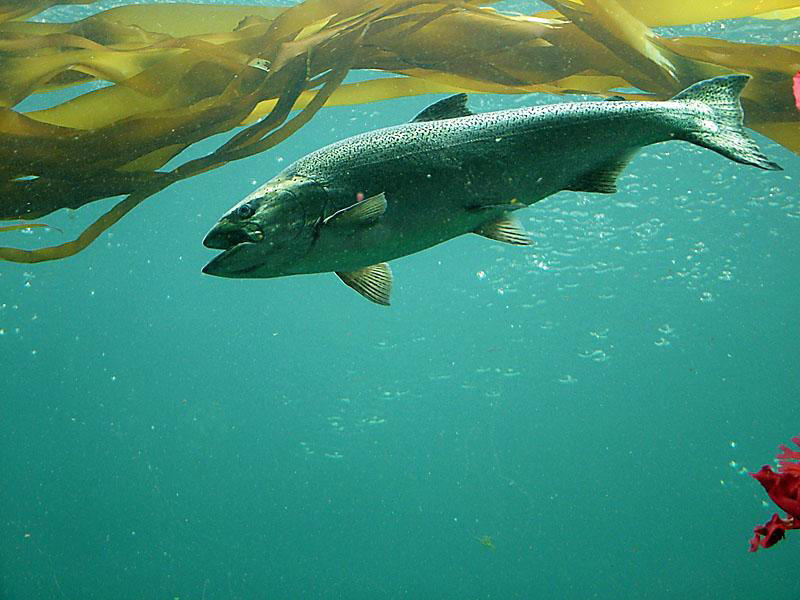 ‘A Lot More Work To Do’ To Recover Snake River Chinook, Steelhead

One of Idaho’s struggling salmon species could eventually become self-sustaining in the wild under the federal government’s new recovery strategies.

The two new recovery plans are meant to help three species of Snake River Basin fish that are considered to be threatened with extinction under the Endangered Species Act. While they point to a number of  ways to improve conditions for salmon and steelhead, the plans stop short of suggesting breaching any of the four dams on the lower Snake River in southeastern Washington.

“We’re really on track to recover that species,” he said.

The Snake’s two other threatened species, steelhead and spring and summer chinook, have a longer ways to go to get off the endangered species list. Without any help, the reports said, the risk of extinction for all three species would reach the point that their official status would change from threatened to endangered.

The updated recovery plans suggest more habitat improvements, such as shady plants along streams to keep water cooler. They also say managers should account for climate change’s warming of waters to sometimes intolerable levels for the anadromous fish. Federal officials also recommend continued passage improvements at the eight dams along the roughly 900-mile journey between the fish’s spawning grounds and the Pacific Ocean, where they spend most of their adult lives.

The plan doesn’t point to any one, single “swinging for a home run” solution to recovery salmon from the threat of extinction, said Tom Cooney, with NOAA’s Northwest Fisheries Science Center.

Federal officials offered three “pathways” to recovering Snake River fall chinook and eventually getting them removed from the official list of threatened species. The government’s preferred option would maintain one population of the fish below the Hells Canyon dams and keep hatchery production levels the same. Fish from those hatcheries would be released in different locations in the river, in an attempt to reduce their intermingling with wild stock.

That should make it easier for researchers to see if wild salmon are reproducing through natural selection, and not with hatchery salmon, said Rosemary Furfey, NOAA’s salmon recovery coordinator.

Fall chinook salmon once ranged up the Snake River past Boise, Idaho, until the Hells Canyon dams were constructed, between 1958 and 1967. The three dams blocked about 80 percent of their habitat.  By the 1990s, fall chinook numbers dipped to 78 fish; recently, the wild populations number around 10,000 fish — a testament to tribal, state and federal conservation work, NOAA officials said. Conservation groups have suggested providing better salmon passage above those dams will help the fish recover even more.

The recovery plans do not recommend the controversial option of breaching the four Lower Snake River dams  — something conservation groups have been calling for. They do state that breaching the dams could potentially improve fish survival rates.

“We are very clear about the hydropower system being the key limiting factor for these species, particularly spring, summer chinook and steelhead” Furfey said.

But Richie Graves, NOAA’s West Coast Hydropower division head, said there are other complications that make dam-removal a less-preferable choice.

“If the dams were magically removed, you wouldn’t have 100 percent survival through that reach. There are a lot of creatures out there that make their living by eating migrating smolts,” he said. “So the question becomes: What would the improvement be if you were to take different operations, like increasing spill levels or if you were to remove dams?”

The recovery plans detail some of the predicted benefits to the fish if one or more dam would be breached. Fish would be able to travel faster through the Snake River. And they’d no longer deal with dissolved gas issues, which can be fatal. Less certain would be the water’s turbidity and the effects on predator fish and birds. Young fish would also not need to be barged around dams.