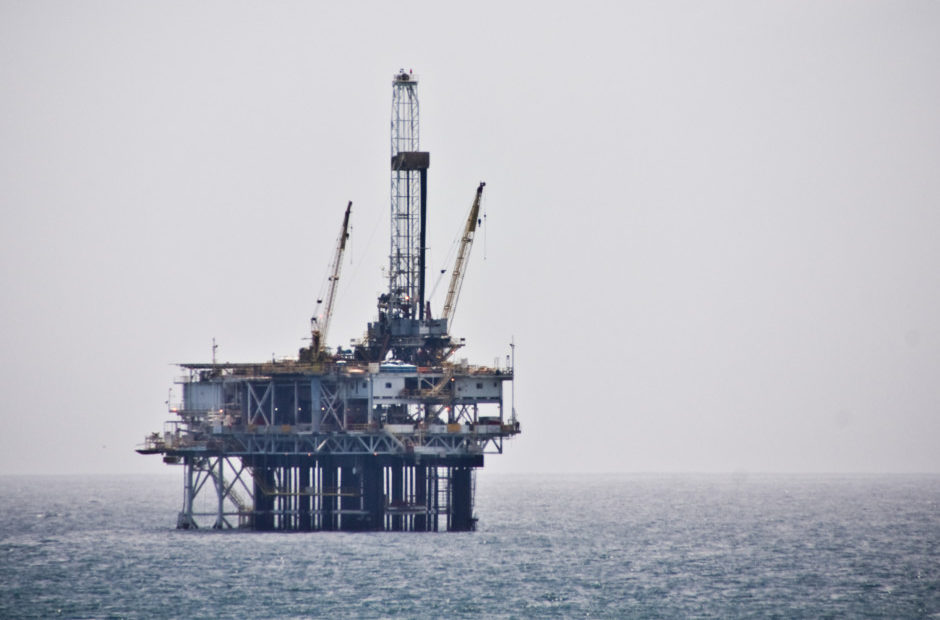 Q&A: What Are The Chances Of Offshore Drilling In The Northwest?

Earlier this month, the Trump administration announced plans to reopen the West Coast to offshore oil and gas leasing.

The plans offer up a chance to drill for oil and gas off the coasts of Oregon and Washington for the first time in more than 50 years. But with strong opposition and unproven oil and gas reserves, it’s unclear whether anyone will take that chance.

How much oil and gas is there off the Oregon and Washington coast?

There could be about 810 million barrels of “undiscovered technically recoverable” oil and gas resources in Oregon and Washington, according to the Bureau of Ocean Energy Management (BOEM). That might sound like a lot, but it’s a drop in the bucket, compared to resources in places like the Gulf of Mexico. By the same estimate, the gulf has more than 73 billion barrels.

What’s more, there’s already a lot of oil and gas activity in places like the Gulf of Mexico. Companies know it exists there.

In the Northwest, oil and gas might not actually be there.

According to Bob Tippee, editor of the industry publication Oil and Gas Journal, a company would still need to do its own seismic testing and exploratory drilling to figure out whether the potential oil and gas resources identified by BOEM based on geological assessments are actually oil and gas.

“They’re just saying there are structures – places where oil and gas might be trapped – and if there is oil and gas in those traps it’s this much,” he said. “You’re talking about what might be there. Before there’s been any drilling nobody knows if there’s any oil and gas there.”

No one has done any drilling off the coast of Oregon since 1964, when several companies drilled eight exploratory wells and found very little.

“When those companies did go to see what was out there in terms of oil and gas resources they didn’t really find that offshore drilling in Oregon would be something that would pencil out economically,” said Ali Ryan Hansen of the Oregon Department of Geology and Mineral Industries. “And there hasn’t been any offshore drilling since then.”

The rocks off the Northwest coast are young and less likely to contain oil and gas, Ryan Hansen said. Plus, the geology is complicated by the Cascadia Subduction Zone, where one ocean tectonic plate slides underneath the land plate.

“The resource is trapped in faulting and folding, so it’s difficult to identify a quantity of oil and gas,” she said. “You can’t tell what’s down there.”

Do oil and gas companies want to drill here?

By all accounts, drilling for oil and gas off the Pacific Northwest coast would be a much bigger gamble than drilling somewhere else – especially given the low price of oil right now.

Even if the waters off the Pacific Northwest did contain about 810 million barrels worth of oil and gas, only a fraction of that could be extracted for profit, given current oil prices under $70 per barrel. Drilling onshore, in places like North Dakota, Oklahoma or Texas, is much less of a gamble.

If companies were to look offshore, the Northwest coast has significantly less potential for oil and gas than a dozen other offshore locations in the Gulf of Mexico, off the East Coast, Alaska and California. Plus, Oregon Gov. Kate Brown and Washington Gov. Jay Inslee are adamantly opposed to any offshore drilling and have promised to fight it any way they can.

There are some with a more optimistic view of offshore drilling in the Northwest.

In 2014, The National Ocean Industries Association, an offshore industry group, published an analysis of the economic benefits of drilling in the Pacific. It projected big numbers: By 2035, $17 billion per year in annual spending in the state of Washington alone, and a combined 32,00 jobs in Oregon and Washington as a direct result of offshore drilling in the Pacific. The NOIA declined an interview request.

Tippee, the Oil and Gas Journal editor, said for companies to consider the big risk and political fight of drilling in the Northwest, they would need a bigger potential reward – like oil prices at $100 a barrel.

“The Pacific Northwest is probably not high on anybody’s list of five places we’d really like to drill,” he said. “I’m sure you could find someone who’s really intrigued by the geology there, but does that mean someone is going to risk a lot of money to drill there as soon as they can? I think the answer is no.”

Clark Williams-Derry spends a lot of time researching the fossil fuel industry as the director of energy finance for the environmental think tank Sightline in Seattle. He said he can’t believe any company would bid on an offshore lease given the financial risks and public opposition.

“In a way it looks like this was a gift the oil industry probably doesn’t even want,” he said. “The Trump administration was trying to give something to the oil and gas industry, but they gave them something they really can’t use.”

Why would the Trump administration offer lease sales that no one is likely to buy?

According to John Romero, spokesman for the Bureau of Ocean Energy Management, the administration is checking to see where the industry might want to drill – testing the waters, so to speak.

“We wanted to take a fresh look at everything,” Romero said. “Oregon and Washington are really frontier areas. What we’re doing is starting a dialogue on looking at areas that may be adequate or appropriate for pursuing leasing for oil and gas exploration and development.”

Romero said it’s possible his agency wouldn’t get any takers for a lease sale in the Northwest, but “the administration doesn’t want to put up obstacles to energy development, even in areas that don’t look as promising as others.”

Others say the proposed lease sales are more of a symbolic gesture – an ideological pivot away from Obama-era policies – than a precise plan for actual drilling.

“The Obama administration was really quite hostile to oil and gas development,” said Tipee. “I don’t think there’s any perception in the Trump administration that the industry is going to rush right up here and buy up all those leases. Surely, they know better than that.”

Can Oregon and Washington stop offshore drilling if there is a lease sale?

The states can still put up some roadblocks to stop a drilling project before it starts. They only have control over the first three miles of the ocean off the coast, but under the Coastal Zone Management Act they still get to weigh in on projects taking place farther offshore.

According to Bob Poole, director of state and coastal issues for the Western States Petroleum Association, that law requires the federal government to consult with the state in considering the environmental impacts of an offshore project and make sure the project complies with the state’s coastal regulations.

“There’s no way it would happen without state involvement,” Poole said. “The platforms off California are governed by the same regulations – federal and state – that anything else would be. Those platforms have pipelines bringing the oil back to shore, and they have electric cables. All of those things are like umbilical cords tied to the state waters, to the counties, to the shore.”

That’s another reason experts say oil and gas companies will be much more likely to bid on lease sales offshore from more welcoming states like Texas, Louisiana and Alaska where there’s also more oil and gas potential.

The Northwest — with a recent history of blocking energy projects like coal, oil and natural gas terminals — is not expected to be welcoming.

The permitting process for offshore drilling can take years even without major opposition. If companies expect state leaders or environmental groups to draw out the process and tie up their investments, it could be one more factor driving companies to look elsewhere first.

What’s the next step in the Trump administration’s plans?

The Bureau of Ocean Energy Management will be taking public comments for 60 days and holding public hearings across the country to collect input on the draft offshore leasing plan.

There will be two hearings in the Northwest on Feb. 5 in Tacoma, Washington, and Feb. 6 in Salem. 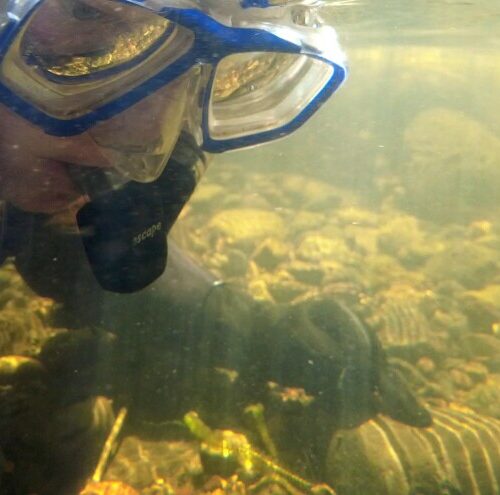 Checking every inch of a streambed for freshwater mussels requires a snorkel and a wetsuit. It’s a messy job, but it’s vitally important as these keystone species are declining throughout the West. Continue Reading CTUIR Scientists Snorkel Rivers To Help Save Freshwater Mussels In The Northwest