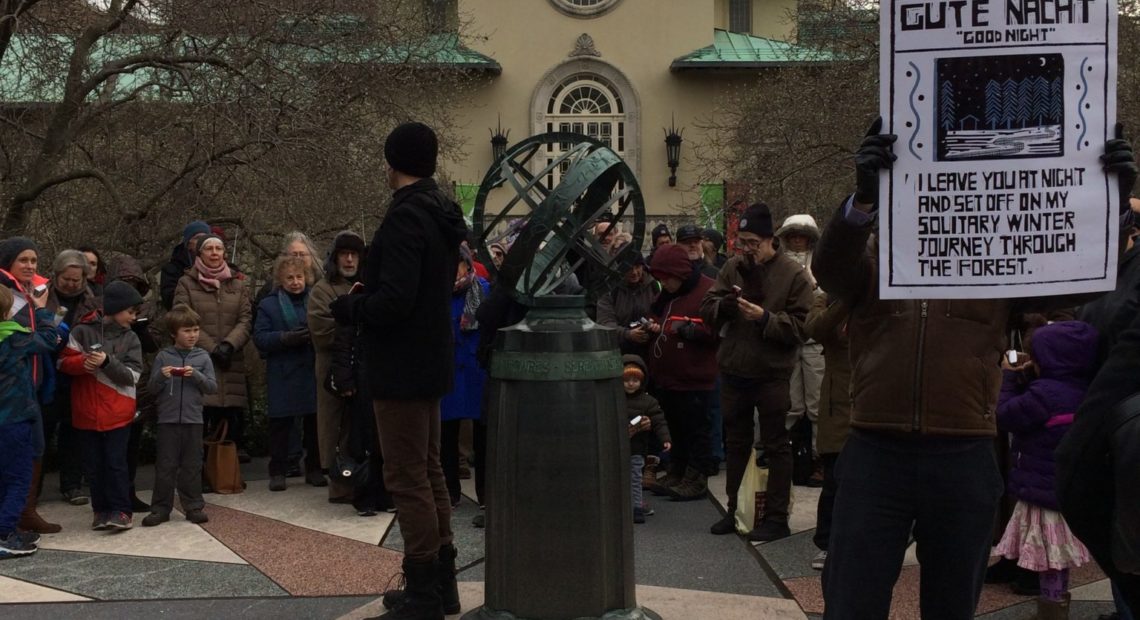 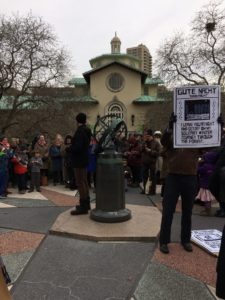 Makes sense that Franz Schubert’s birthday would be at the coldest time of year: January 31, 1797. The deepest chill runs through Schubert’s whisper-short lifetime. Granted, within the hundreds of songs and symphonies and chamber pieces he left us, you can catch the energies of spring. But just consider, for now, “Die Winterreise.”

There lurks in the title of Schubert’s final, somber cycle of songs, a singular opportunity for the English-speaking music lover. “Winter Journey” is what the title means, but as I speak the German syllables, my American ear wants to hear “Winter Rise.” In these settings of Wilhelm Muller’s 24 poems, a heartbroken young man’s post-breakup wanderings become music that can lift a listener up. Through the art, warmth rises in the heart.

Last winter, I had the good fortune to find myself at an outdoor performance of “Winterreise” at the Brooklyn Botanic Garden in New York. All bundled up against the chill, following the singer from song to song amidst the bare branches, we listeners shared Schubert’s somber meditations. This unique performance brought together the breath-clouds of baritone Christopher Herbert, his tech team, and listeners both intentional and accidental. He titled the show “Winterize,” a title both recommendation and promise.

So, here, in the coldest season, a recommendation for you: keep Franz Schubert in mind. Bundle up, bring a thermos, go outside, and feel your own beating heart within the musical art. Raise a warm cider toast, listen to whatever’s near, and stay tuned for the promise of spring.