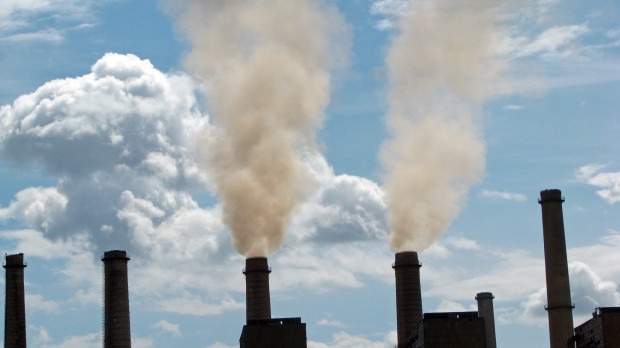 Oregon lawmakers held a joint committee hearing Monday on a bill that would create a cap and trade program to reduce the state’s carbon emissions.

Senate Bill 1507 would set a cap on carbon emissions and require about a hundred companies to buy permits. It would create a market where businesses could buy and sell carbon permits and offsets.

Tribal leaders expressed support for the idea as a way to address climate change. They also asked to be included in the state’s carbon offset market and recognized as populations that are negatively affected by climate change.

As such, the tribes said they should therefore be eligible for assistance that the program will offer using state revenue from auctioning carbon permits.

“We cannot underscore enough that tribes are some of the most vulnerable populations in the state of Oregon,” said Carina Miller, a council member with the Confederated Tribes of Warm Springs.

“They are also disproportionately affected by the environmental hazards of climate change due to a high level of reliance on traditional fisheries, traditional hunting and gathering which all depend on healthy natural resource systems.”

Sen. Alan Olsen, R-Canby, told fellow lawmakers the bill would raise prices for Oregonians and put jobs at risk for companies that would need to pay for carbon emission permits.

“I kind of look at it from the standpoint of someone who works at a company that will be charged – with the possibility that I could lose my job,” he said.

“In your bill, you say, ‘If you’re laid off, we’ll retrain you.’ Any time you write a bill that takes away the job of a person, I think it’s appalling.”

In contrast, Glen Murray — a former environment minister for the Canadian province of Ontario — told lawmakers that a similar cap and trade system there has boosted the economy.

He offered numerous examples of how the cap and trade system had spurred innovation and new investments in Ontario, including a mining company that responded to the new rules by opening the first all-electric gold mine in the world.

“When I was minister, this did not go over immediately as a good thing,” Murray said. “They said, ‘How do you de-carbonize a gold mine?’”

Eventually, the company, Goldcorp, found a way to replace gas and diesel mining equipment with electric alternatives. The result, Murray said, was a smaller, cheaper mining operation with fewer health risks for workers.

“Now, we have a revolution going on in our mining industry,” he said. “Why? Because these guys all started wearing Birkenstocks, eating tofu and joining Greenpeace? No. Because it was just a smart business decision.”