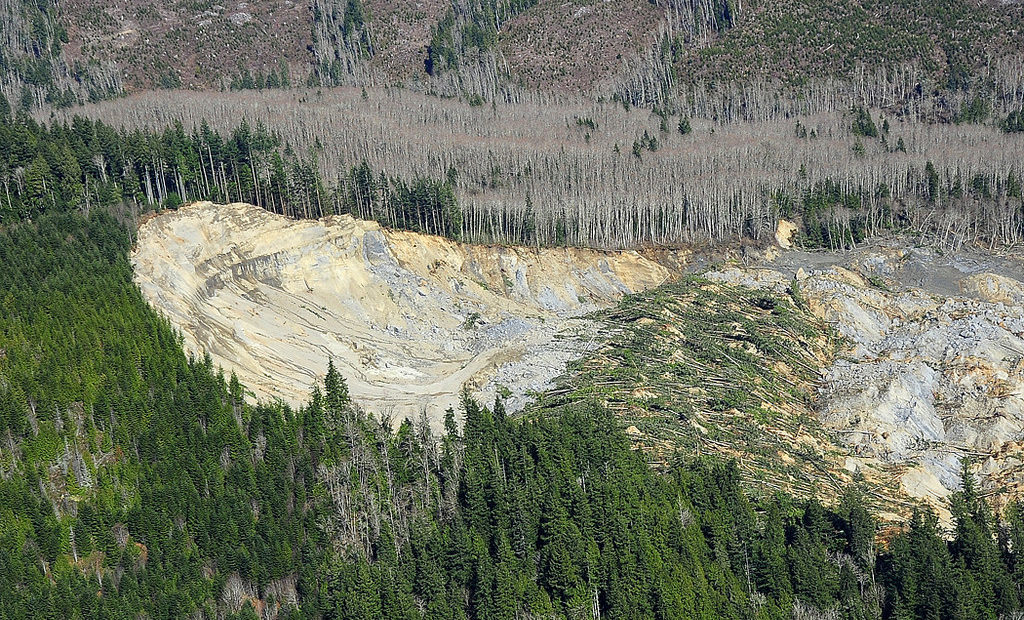 In January 2018, around 100 homes were destroyed by mudslides in Montecito, California. At the latest count, 21 have died.

The same conditions that brought that destruction could exist here in the Northwest – after all, we’ve had the same kinds of wildfires that California saw in December.

The destruction was the result of combined wildfire and rainstorms. The Thomas Fire, the largest in California history, didn’t hit at the peak of fire season. It started December 4, 2017 and  burned nearly 282,000 acres in southern California.

Then came rain came. The storm began January 9. It brought rainfall ranging from one-and-a-half to four times more than normal for the area. This quickly washed away the burned land. The LA Times called the resulting debris flow a “torrent of mud and boulders.”

Stephen Slaughter, a Landslide Hazards Geologist with the Washington Department of Natural Resources, describes such an event as sounding “like a freight train.”

So what are these destructive debris flows — and how does wildfire help create them?

When a severe wildfire hits a region, like California’s Thomas Fire or the 2014 Carlton Complex in north central Washington, it reduces large and small vegetation to ash. It may even burn roots and other vegetation underneath the soil, destroying the structure of the soil, which would normally have plants growing to hold it in place.

It also leaves behind layers of ash and organic oils in the surface or subsurface, several inches further down. This creates what scientists call “hydrophobic” conditions — soil that repels water rather than absorbing it.

“The hydrophobic soil conditions are created typically by the organic oils in vegetation,” Slaughter says. “An intense fire pushes those oils into the surface to create those conditions.”

So when the water hits the soil, it runs off, which can mean severe flash flooding. That’s what happened in Washington after the Carlton Complex fire. It could have been worse.

If that hydrophobic layer is deeper into the dirt, it becomes even more dangerous. Then, the water can carry away that top layer of soil. This means a debris flow, or what might more commonly be called a mudslide.

As water flows through a fire-wrecked landscape, it picks up more debris, from dirt and mud to pebbles, rocks, dead trees, and even boulders. As it becomes more massive, it builds up inertia. Think about the kind of forces involved in moving many tons of rocks and water – sometimes faster than flowing streams and rivers. All that power means the flows can smash houses, knock down trees, and kill anything in their path.

But where they’re most dangerous isn’t just areas that often see fires and flooding.

“What people need to watch out for is that debris flows tend to impact areas that don’t see water very often,” Slaughter says. “These areas may not have been impacted by the wildfire, but the debris flow has mobilized down the valley and continues to flow down these narrow draws.”

This means sudden, destructive debris flows in areas where there may not otherwise be hazards — even places that wildfires didn’t touch. Slaughter points to warning signs that a debris flow is possible.

“The signs of a debris flow if they’re coming down towards you would be a very loud sound like a freight train. The ground vibrates,” Slaughter says. “The best thing to do at that point is to get upground. Run uphill. Get away from that channel.” 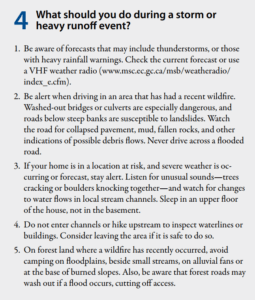 Advice provided by the British Columbia Ministry of Forests and Range

And, Slaughter says, moving to an upper floor of your may not help. A debris flow can do too much damage to the structure of a house. A pamphlet from British Columbia’s Ministry of Forests and Range has advice for what to do if you live near an area affected by wildfire.

Consistently, the advice is this: don’t be where a debris flow could form. That means understanding where the greatest risk is after a wildfire. Right now, there are no programs in Washington to relocate residents in susceptible areas, though some zoning laws may limit building near stream channels or other flood-prone spots.

That’s where the U.S. Geological Survey comes in. In addition to providing an early warning system, the USGS sends in Burned Area Emergency Response (BAER) teams after wildfires.

BAER teams work with state and federal agencies to assess the debris flow and flood risk after a fire. Any agency can request a post-fire risk assessment. As an example, this was their assessment of the Thomas Fire aftermath in California, before the mudslides happened.

The USGS is also working to develop computer modeling tools that could be used to better analyze and predict debris flow risks. They are also testing an early warning system, which is currently available for eight southern California counties.

There is not yet word on when that system will include areas in the Northwest. 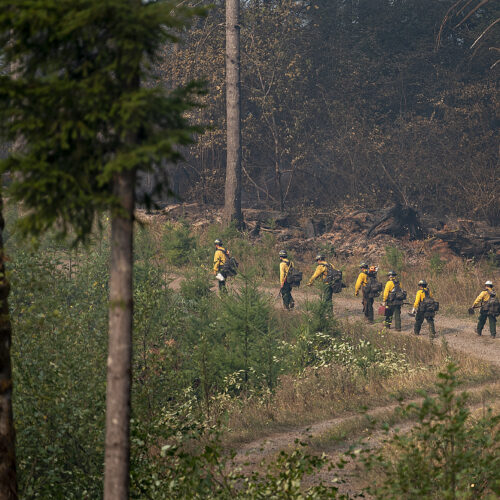 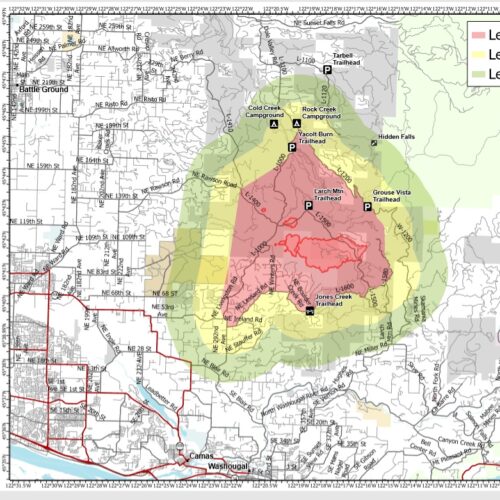 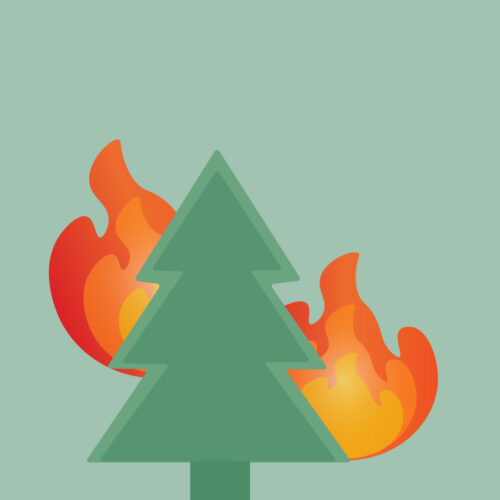