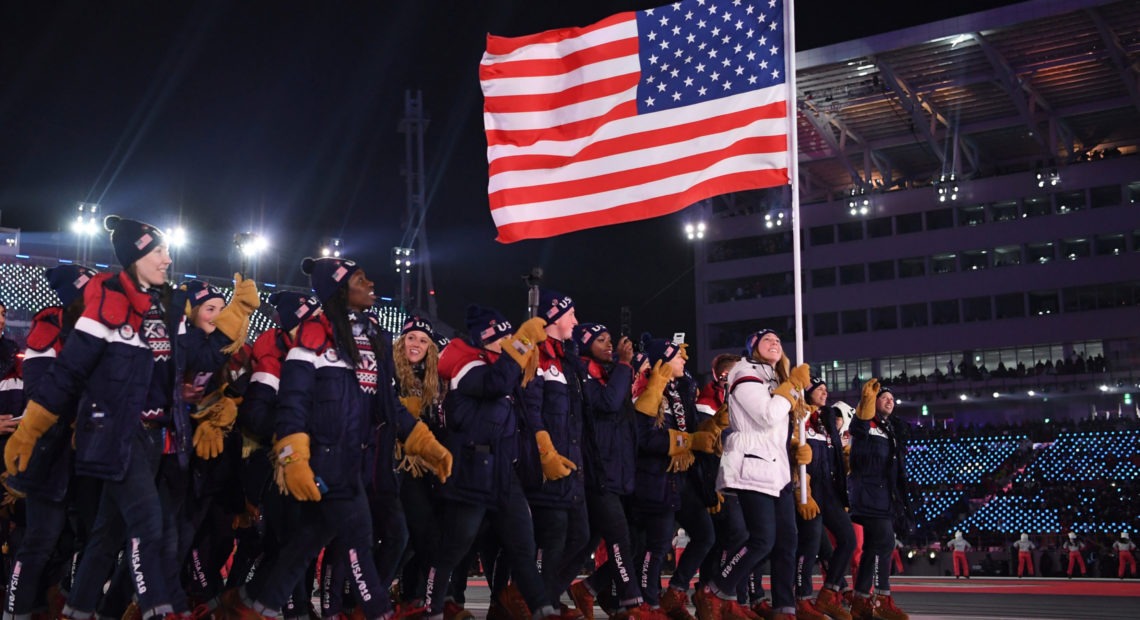 Bigger Than Ever, And More Diverse: Team USA At The 2018 Winter Olympics

Team USA is bringing more athletes to Pyeongchang (242) than any nation ever has to a Winter Olympics. This year’s team is also the most diverse of any U.S. winter squad, in terms of both race and gender: The 108 women on the 2018 team are the most of any U.S. team at a Winter Games.

Team USA is nearly 45 percent female, putting it slightly above the average for all countries competing in Pyeongchang. Overall, the Winter Olympics has boosted women’s participation since the 1990s, largely by removing barriers to sports such as the biathlon, curling and ice hockey. But other restrictions remain that close events to women, including requirements that women race in only the shorter two-person bobsled, with no four-person events.

Four of the five athletes on the U.S. women’s bobsled team are people of color, led by Elana Meyers Taylor. The total includes alternate Briauna Jones, who will step up if there are injuries on the two-sled team. If the team reaches the podium, it will continue a streak of success: With a similar makeup, the 2014 version of the team won silver and bronze at the Sochi 2014 Games.

A majority of America’s athletes in Pyeongchang are first-time Olympians — but there is also deep experience on the team. Kelly Clark and Kikkan Randall are the first women to represent the U.S. at five Winter Olympics. And Shani Davis will be the first U.S. speedskater to race in five Olympiads.

At 5 feet tall, figure skater Karen Chen and short track speedskater Jessica Kooreman are the shortest members of the team. The tallest U.S. Olympian is alpine skier Bryce Bennett, who is 6 feet 7 inches.

A little over 75 percent of the 2018 U.S. Olympians have gone to college, with 87 schools represented.

Utah’s Westminster College, which produced 10 percent of the American athletes who went to the Sochi Games in 2014, is again the top school with students on the U.S. Winter Olympics team, sending 21 athletes. The college is in an educational partnership with the U.S. Ski & Snowboard federation, promising four days of class and three days on the slopes. The school offers a tuition grant program for students from the U.S. Ski and Snowboard team.

One wide discrepancy on the team is in its ranks of parents: There’s only one mother on the team — cross-country skier Kikkan Randall — while there are 20 fathers.

There are seven sets of siblings at the Pyeongchang Games; nearly half of them compete in cross-country skiing.

To see which U.S. Olympians are from your state, visit our story on The Olympian Next Door.