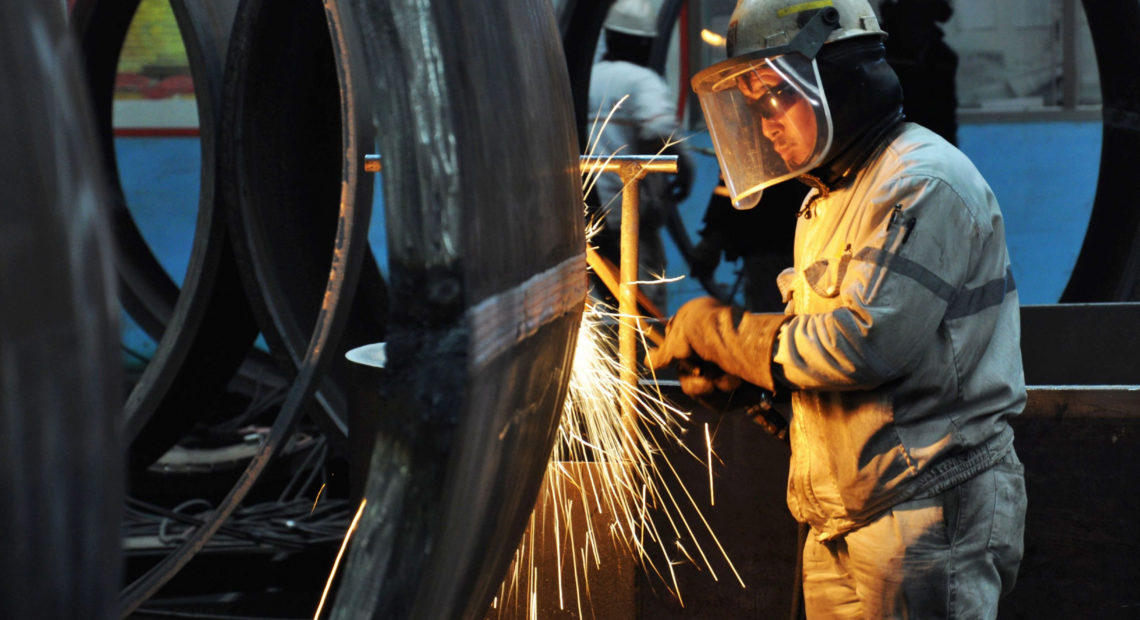 The president announced the action after meeting with leaders of the two industries at the White House. On Thursday afternoon, major stock market indexes fell sharply after Trump’s announcement, with the Dow Jones industrial average closing down 420 points, or about 1.7 percent.

The decision follows a study by the Commerce Department that found that large amounts of steel and aluminum imports posed a threat to U.S. national security. That finding gives the White House the authority to limit imports by tariffs or by other means.

Earlier Thursday, Trump tweeted: “Our Steel and Aluminum industries (and many others) have been decimated by decades of unfair trade and bad policy with countries from around the world. We must not let our country, companies and workers be taken advantage of any longer. We want free, fair and SMART TRADE!”

U.S. Steel CEO David Burritt, one of the industry executives who met with Trump, said, “We are not protectionists. We want a level playing field. It’s for our employees; to support our customers. And when we get this right, it will be great for the United States of America.”

John Lapides, president of United Aluminum Corp., said unfair competition has hurt investment in his business “and that lack of investment is reflected in a loss of jobs in America. … And we need a level playing field, or we’re going to lose our manufacturing infrastructure and the national security issues that surround having a vibrant, capable manufacturing sector.”

The tariffs are a response to the overproduction of steel and aluminum by China. But since there are already import restrictions on those Chinese products, new barriers are likely to have an impact on European allies, as well as Canada and Mexico, which could trigger retaliation.

As NPR’s Scott Horsley reported, the Commerce Department argues that growing imports of steel and aluminum, driven in part by overproduction in China, have so weakened America’s producers that a future military mobilization could be at risk.

Canada is the largest supplier of both products to the U.S. It’s responsible for more than half of U.S. aluminum imports and about 17 percent of steel imports. Given the national security basis for the tariffs, it’s ironic that under U.S. law, Canada is actually considered a part of the U.S. defense industrial base.

Canada’s trade minister called the U.S. tariffs, which will take effect in two weeks, unacceptable. China has threatened to retaliate by curbing imports of U.S. soybeans. The European Union says it is considering action as well.