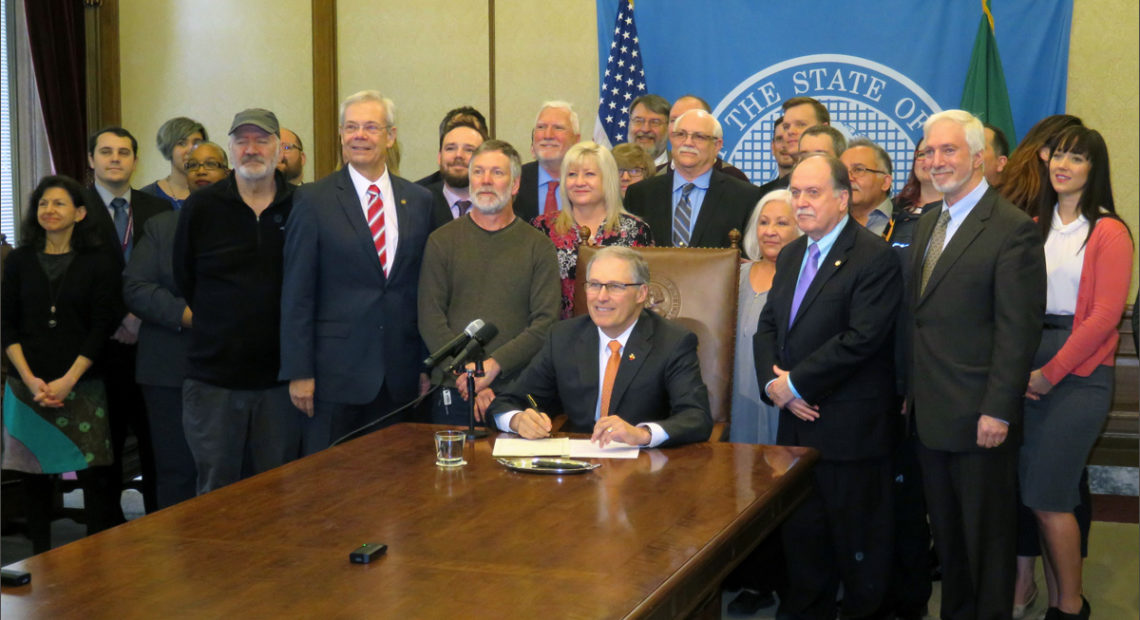 “This bill provides them a path toward compensation for illnesses they might have contracted and caused while on the job at Hanford,” Inslee said.

The newly signed legislation establishes “presumption of causation”—meaning that if you get certain diseases and you worked at Hanford—there is a presumption that those diseases came from your exposure at work. It would make it easier to file for workers compensation and give claims that have been denied a better chance on appeal.

Abe Garza attended the bill signing. He worked at Hanford for more than three decades—much of it around underground tanks full of radioactive and chemical waste. Garza didn’t feel comfortable to talk. But his wife, Bertolla Bugarin said he wasn’t the same person after his exposure at Hanford.

“He couldn’t remember if he took his medication,” she said. “He was running around like in a chemical fog.” 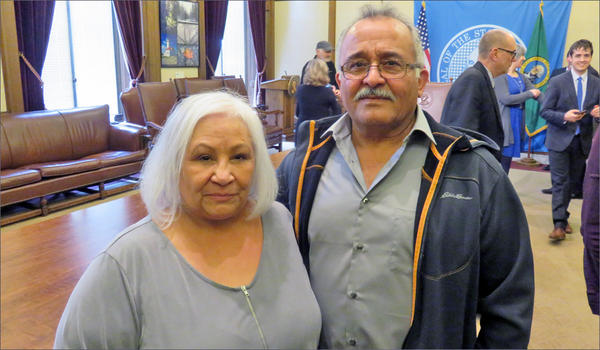 Abe Garza worked at Hanford for more than three decades. His wife Bertolla Bugarin said he hasn’t been the same person since his exposure to radioactive and chemical waste at Hanford. CREDIT: TOM BANSE

Since then, Garza has been diagnosed with lung problems, heart problems and a brain wasting disease from exposure to chemicals.

Inslee said the law is a reminder that there is a lot more to do at Hanford.

Correction: A previous version of this story indicated the bill had been signed on Thursday, March 8. It was signed Wednesday, March 7.