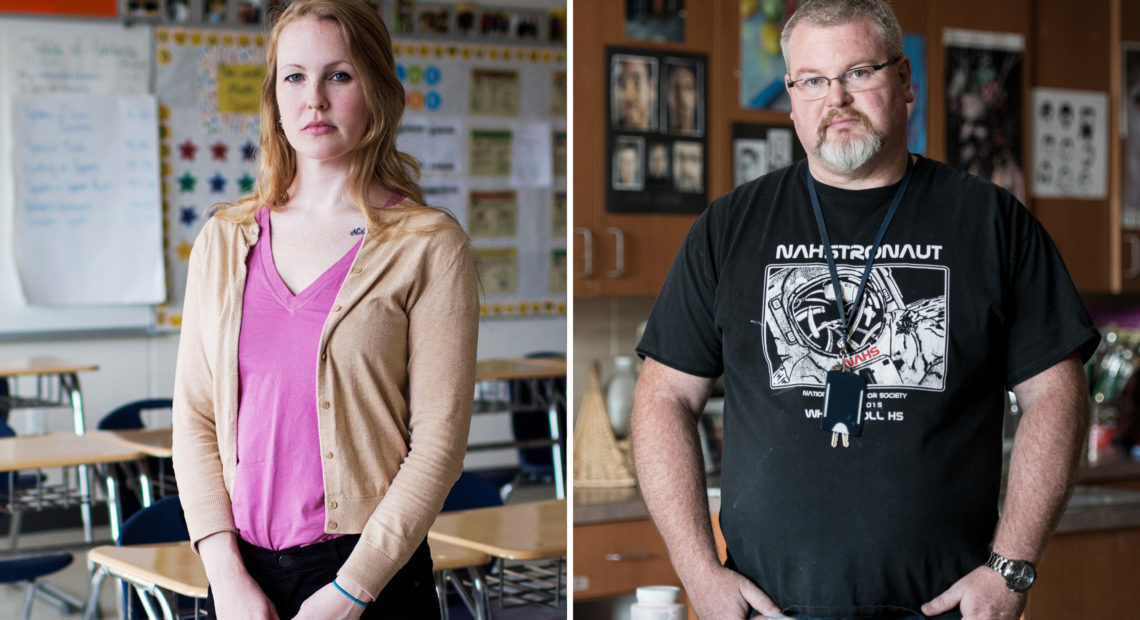 Photo- The TEACH grant helps teachers-to-be pay for college or a master’s. But many teachers, like Maggie Webb (left) and David West, say when they began teaching, they were forced to pay it back. CREDIT: KAYANA SZYCMCZAK AND SEAN RAYFORD/NPR

BY CORY TURNER AND CHRIS ARNOLD

America needs teachers committed to working with children who have the fewest advantages in life. So for a decade the federal government has offered grants — worth up to $4,000 a year — to standout college students who agree to teach subjects like math or science at lower-income schools.

But a new government study, obtained by NPR and later posted by the Department of Education, suggests that thousands of teachers had their grants taken away and converted to loans, sometimes for minor errors in paperwork. That’s despite the fact they were meeting the program’s teaching requirements.

“Without any notice, [my grant] was suddenly a loan, and interest was already accruing on it,” says Maggie Webb, who teaches eighth-grade math in Chelsea, Mass. “So, my $4,000 grant was now costing me $5,000.”

Since 2008, the Education Department has offered these so-called TEACH grants to people studying to get a college or master’s degree. The deal is, they get to keep the grant money if they spend four years teaching a high-need subject like math or science in schools that serve low-income families.

Webb received a $4,000 TEACH grant, but, after she started teaching, she says, she ran into a problem. Each year, teachers have to send in a form to the Education Department certifying that they meet the program’s teaching requirements — or that they intend to. Recipients have eight years to make good on the program’s four-year requirement.

But Webb says FedLoan, the company that the Education Department hired to manage the TEACH grants, never sent her the paperwork. Documents show she reached out to the department, on time, to ask for help. Despite the hiccup, Webb insists, she mailed a completed form within FedLoan’s annual certification deadline.

“They said they never received it. So I sent it again,” Webb says. “By that point they said it was too late.”

FedLoan converted Webb’s grant to a loan that she now has to pay back — with interest. At the time, she says, she was surprised. After all, she was meeting the grant’s fundamental service requirements: teaching a high-need subject, math, in a low-income school. That was never in doubt.

“I knew I hadn’t done anything wrong,” Webb says, sitting at her kitchen table strewn with student homework that she is grading. “I knew I had done it right. And it was just so hurtful that they would do that.” 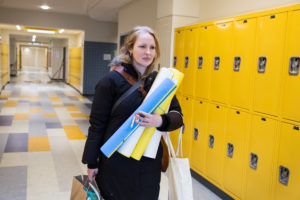 Webb is among many teachers who say they feel betrayed — that the Education Department gave them this money. In exchange, they made life decisions about where to live and what to teach. And now, for a seemingly minor error — because Webb’s paperwork wasn’t received in time — the government wants its money back.

According to this new government review of the TEACH grant program, Webb isn’t alone. In fact, the numbers are startling: 1 in 3 participants whose grants were converted to loans said they were likely or very likely to meet the program’s service requirements — or had already met them. Based on a representative survey, the report estimates it’s upwards of 12,000 participants.

“I couldn’t believe it. I was flummoxed. I was floored. I was pretty upset by this,” says David West, who teaches high school in Lexington, S.C.

West also had a paperwork issue with his TEACH grant. He mistakenly omitted a date and signature on his annual certification form. When he finally realized what he’d done, West says, he sent in a completed form.

But by then his paperwork was past due. The company converted his grant to a loan. Furious, West repeatedly called FedLoan, assuming someone would be able to fix what he considered an innocent mistake.

“I’m like, ‘Let me talk to your supervisor.’ ” But West says the person on the other end of the phone told him, “You can talk to who you want and there’s also an appeals process and you can try to appeal this if you want. But nobody ever wins.” 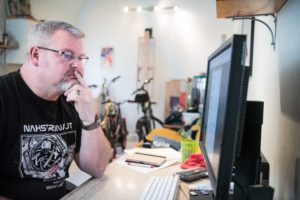 David West, an art teacher in South Carolina, is a recipient of a TEACH grant that has converted into a loan after he sent in a form with a mistake. CREDIT: SEAN RAYFORD

West exhausted his appeals. He even wrote to his representative in Congress. But nothing’s changed. Money he was given to become a teacher has now become a debt.

West and Webb have both signed onto a lawsuit against the Education Department.

In Massachusetts, it has gotten the attention of the state’s attorney general, Maura Healey, who has heard from many teachers. “And for them to be actively sabotaged by a private company and our own U.S. Department of Education is just outrageous,” Healey says.

Healey is suing FedLoan over its handling of the TEACH grant program and the far larger Public Service Loan Forgiveness program. She says the company, known as a loan servicer, and the Education Department have shown a callous disregard for the needs of borrowers.

FedLoan declined an interview, but said in a statement that the company “does not agree with the allegations made by the Massachusetts Attorney General’s Office” and that it “remains committed to resolving outstanding borrower issues while following the U.S. Department of Education’s policies, procedures, and regulations as mandated by the Agency’s federal servicing contracts.”

These problems were going on under the Obama administration, too, so there’s plenty of blame to go around. But Healey says the Trump administration is putting up new roadblocks that could stop the states from holding these companies accountable. Both the Education and Justice departments have argued that loan servicers like FedLoan should be protected from state laws and lawsuits.

Some early red flags were raised a few years ago by the Government Accountability Office. The GAO investigated the TEACH grant program and noted that teachers were improperly having their grants taken away. At least 2,252 grants were erroneously converted to loans by the servicer.

“Part of the problem here is that [the Education Department] does not really know, or they didn’t know at the time we did our work, why this was happening,” says Jackie Nowicki, who led the GAO study.

That was the reason for this new government study: to understand why thousands of teachers who got grants to teach in low-income neighborhoods were getting them converted into loans, many of them improperly.

The report found that many people in the program get tripped up on this annual requirement to submit certification paperwork. In a small but nationally representative survey, more than 30 percent of those who had their grants converted to loans said they either didn’t know they had to certify or found the process challenging.

Another big reason, though, is tied to rising tuition. Millions of students are taking out loans from the government or receiving grants. And so the Education Department now finds itself running a trillion-dollar bank on the side. Critics say it’s not well-equipped to handle that, which is why the department has hired a handful of servicing companies, like FedLoan, to help.

But Ben Miller, who studies higher education at the Center for American Progress, says these companies have very little incentive to put in too much effort — they get paid only a dollar or two a month per borrower.

“If you don’t get paid very much, and you don’t feel like, ‘Hey, if I mess this up, the Department of Education’s really going to breathe down my back,’ the incentive to let things slide gets pretty high,” Miller says.

In other words, organizations like FedLoan and the Education Department could be doing a better job of working with teachers who miss deadlines they don’t know about or have their paperwork denied because of a technicality.

In a statement, the Education Department says the results of the study are concerning and that it needs to better understand why so many grant recipients aren’t making it through the program. “The study points to additional changes the Department can make that may benefit program participants, and we are committed to reviewing them,” the department says.

For her part, Webb, the Massachusetts math teacher, worries that she has no choice, at this point, but to make monthly payments on the loan she says she shouldn’t have to pay.

“It just made me angry because I was working in a low-income school and I still am,” Webb says. “And I don’t know why I’m being punished for that. This is something to help teachers and instead they’re just kind of targeting them.”

There is one last, big takeaway reinforced by this new study. Experts say the grant program has deadlines and rules that are punishingly inflexible.

But that’s what’s happening here. And teachers say they have no recourse.