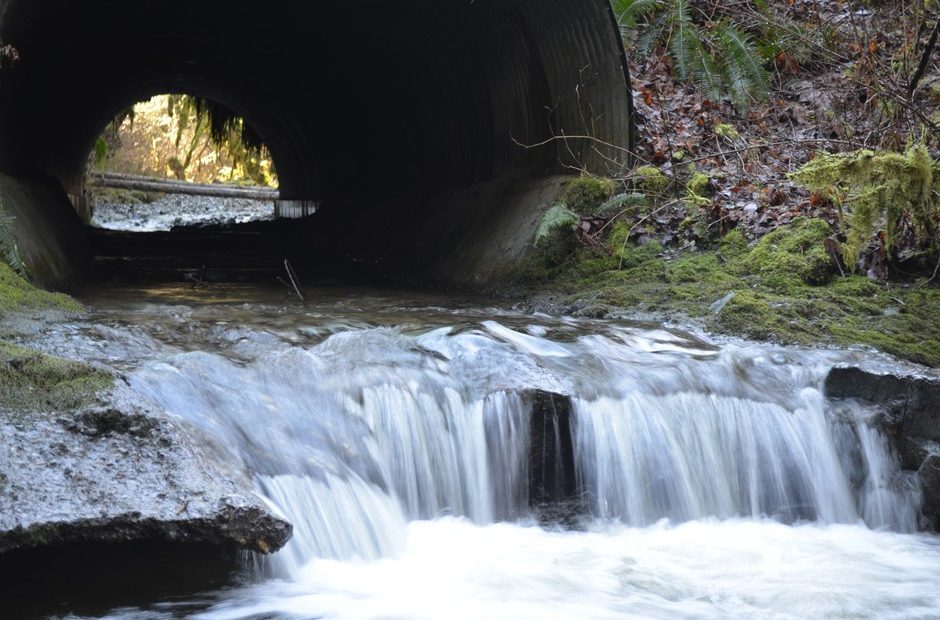 Brian Cladoosby and his fellow fishermen stood on the dock of a channel that empties into Puget Sound. They talked about getting their boats ready in time for summer salmon runs.

Cladoosby is the chairman of the Swinomish Tribe. He said those summer salmon runs aren’t what they used to be.

“A lot of the fishermen — Indian and non-Indian — are stuck on the banks now,” he said. That has to do with a whole host of problems: climate change, hydroelectric dams, overfishing, pollution — and culverts. Those are the pipes that carry streams under roads. If they’re designed poorly, they can keep salmon from swimming upstream to spawn.

Seventeen years ago, 21 tribes sued the state of Washington to fix those culverts. On April 18, the U.S. Supreme Court is scheduled to take on the case. The question is whether or not state taxpayers should have to dish out billions to dig up roads so salmon can get through. And the court’s decision will have repercussions for tribes all over the West and Midwest. 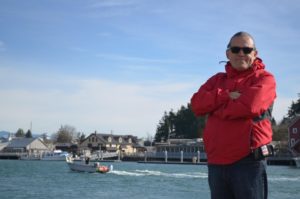 Brian Cladoosby is the chairman of the Swinomish Tribe. CREDIT: EILIS O’NEILL/EARTHFIX

Steve Hinton is a biologist for Cladoosby’s tribe. He was giving me a tour of salmon-blocking culverts on the Skagit River system in northwest Washington.

The culvert we were looking at was bad. Fish would have to leap two feet up a waterfall to get into the broken pipe.

“You just keep throwing yourself at it, I guess,” Hinton said. “And it is a pretty ragged edge for them to hit. (It’s) a lip of concrete that looks like a broken knife’s edge. It’s very sharp and jagged.”

Fixing this culvert would require digging up the road and putting in a bridge.

“It’s a biggie,” Hinton acknowledged. He said it would be a $3 million to $4 million project “at the very least.”

Washington state has more than 800 culverts that block more than 1,000 miles of streams. Scientists say, after a culvert is fixed, salmon return to upstream habitat within weeks or even days.

“We’re trying to increase the numbers of the salmon by giving them the access that they’ve always had to the tributaries that had been choked off by the state of Washington,” Cladoosby said.

The state estimates it could cost more than $2 billion to fix its salmon-blocking culverts.

Washington Attorney General Bob Ferguson declined EarthFix’s many interview requests, but a statement on his website says he appealed this case all the way to the Supreme Court “on behalf of the taxpayers of Washington state.”

So far, all the lower courts have ruled the state has to pony up the cash.

The case hinges on a treaty signed in 1855 by the U.S. government and the tribes of the Puget Sound region.

“The tribes agreed to sell their land to the United States in exchange for reserving the right to fish at their usual and accustomed stations,” said Robert Anderson, a tribal law professor at the University of Washington.

Now, the Supreme Court will decide the question. That won’t just have repercussions in Washington. Tribes in six other states in the Pacific Northwest and Midwest all have similar treaties with the U.S. government.

Montana and Idaho have sided with Washington in the case. Oregon has decided to sit this one out.

If the tribes win, Anderson said, that would give them “the ability to encourage the states to do other things that would be protective of fisheries habitat” — things that go beyond fixing road culverts.

That’s why the farm bureaus of 11 Western states, as well as the Cattlemen’s Association of Washington, have all sided with Washington. 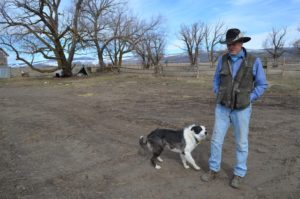 Sam Kayser is a fifth-generation rancher in Cle Elum, in the upper Kittitas Valley east of Snoqualmie Pass. He’s worried that if the Supreme Court decides in favor of the tribes, that would make it easier for the tribes to force him to take costly steps like building thousands of dollars of fences to keep cattle away from salmon-bearing streams.

“I would be afraid that they’re going to make the cost and aggravation of making a living on the land just too hard and cumbersome,” Kayser said.

Back on the Swinomish Reservation, Cladoosby said the outcome of the case could change a lot about how we manage land and water in the West.

“If we win — when we win, lord willing, we win,” Cladoosby said, “this will have a positive impact for the tribes that have treaty rights whose environment has been degraded or impaired over the last 100 to 150 years.”