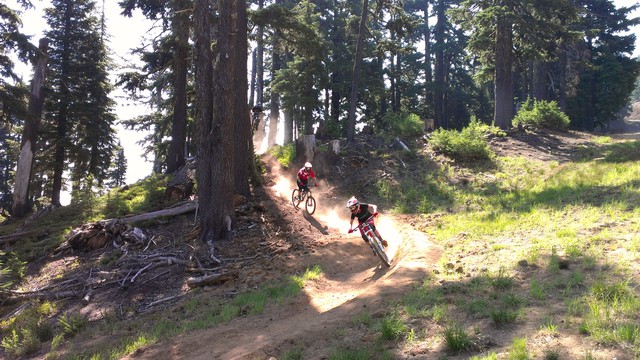 After a six-year delay, Timberline Lodge says it is moving forward with construction of a mountain bike park on Mount Hood.

Construction had been put on hold after environmental groups sued to stop the project. They raised concerns about sediment, erosion and impacts on aquatic habitat.

Timberline’s plans include 17 miles of new bike trails and a skills park. The park would operate during the summer and utilize a chairlift to bring riders to the tops of trails.

Timberline spokesman John Burton said the park will become a pillar of its business going forward.

“We have intentions of getting rolling this summer and once the infrastructure is built out, riders will be able to access the bike park,” Burton said.

Crag Law Center attorney Oliver Stiefel, who represented the four environmental groups in the lawsuit, told BikePortland.org they were “reviewing the decision and assessing next steps.”

Rob Sadowsky of Bark, one of the conservation groups in the lawsuit, said his group does not oppose mountain biking on Mount Hood and has encouraged it in cases. But they want to see the infrastructure for it built in an environmentally conscious way.

“I’m sure it’s going to be a wonderful place to bike in,” Sadowsky said of the park. “I hope that they continue to maintain it well so that that minimizes the impact on the habitat that we just so dearly love.”