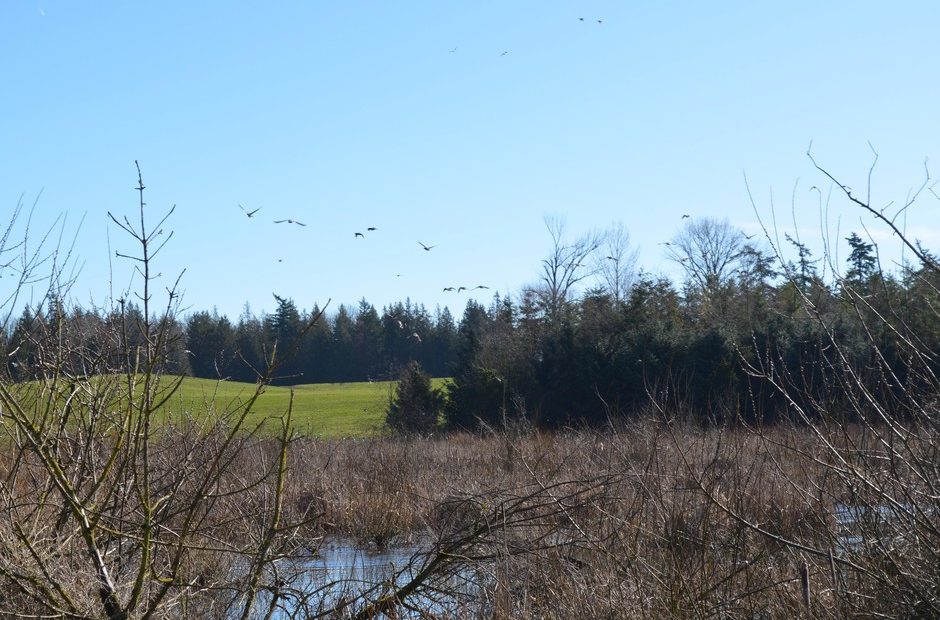 New Farm Bill Could Be Rough For Northwest Conservation: 6 Things To Know

The Trump administration wants to slash the federal government’s biggest source of funds for conservation on private land. Here’s what you need to know:

1. That funding is found in a surprising place: the Farm Bill.

Nationally, Farm Bill programs conserve about 50 million acres of land. For scale, that’s more than half the entire acreage of the National Park system.

There’s a whole suite of conservation programs in the Farm Bill, but most of them do one of two things.

Some of them pay farmers to not farm some of their land and instead plant native species there. The federal government pays the farmer annual rent. It varies depending on many local factors. In Whatcom County, Washington, the range is $200 to $1,000 per acre. Nationally, the average was $77 per acre in 2017.

Other programs pay farmers or help share costs for farming practices that reduce erosion and runoff.

The Farm Bill allocates $5.8 billion annually for conservation programs. Depending on the program, states and farmers are often required to match Farm Bill dollars.

2. The Farm Bill means salmon conservation in the Northwest.

That helps salmon by shading and cooling down the water and providing food and habitat for the bugs salmon like to eat.

Dairy farmer Steve Groen says it would be impossible for him to keep his 60 acres of woodlands and wetlands in Washington’s Whatcom County without the Farm Bill payments.

“We’re paying (property) taxes,” he explains. “We have to maintain it, control invasive species, maintain fences.”

Groen just signed his second 15-year contract with the feds. 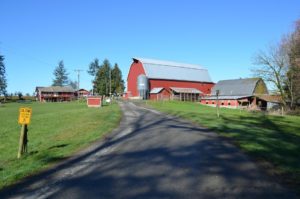 Some people say the government is paying farmers to do what they’d be doing anyway: not planting crops on their least productive land.

Erik Lichtenberg, a professor of agriculture economics at the University of Maryland, has studied the issue. He says, though estimates vary, it’s pretty certain Farm Bill programs do lead to farmers conserving land they would otherwise farm.

He says a bigger issue with the programs is that they’re not targeted where they’re most needed and, to fix that, the feds would need to pay farmers not based on what they could make for farming the land but instead based on the conservation benefits they’re actually producing.

“I would like a shift in funding formulas that would take into account how much environmental improvement you get,” Lichtenberg argues.

4. That’s not what the Trump administration is proposing.

The administration proposes saving money by capping rental payments and excluding farmers who make more than $500,000 per year from the programs.

That makes the programs “more like income support for farmers than paying for environmental improvements,” Lichtenberg says. 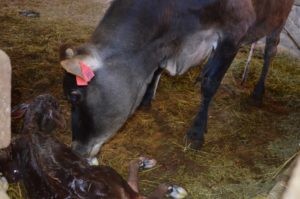 This calf was born just a few minutes before this photo was taken on Steve Groen’s dairy farm in Whatcom County. CREDIT: EILIS O’NEIL/KUOW

5. It’s not obvious what would happen if these programs were cut.

Cutting Farm Bill funding wouldn’t immediately affect the farmers currently in the program: The government has already set aside all their rent payments. It would just mean fewer new farmers could get enrolled — and, when farmers reach the end of their 10 to 15-year contracts, they might not be able to re-enroll.

That’s a problem because planting a stream buffer on this or that farm doesn’t make a difference until 50 percent to 80 percent of a waterway has been buffered, says Brian Cochrane, the habitat and fisheries biologist who runs Washington’s version of the salmon-habitat-on-farms program.

“We’re just continually looking for opportunities to say, ‘Where are we close to what we think the threshold is? How can we add an incentive or do a different incentive in those areas? Can we do more outreach in those areas and talk to people? What can we do to get us to where we think we need to be?”

6. This Farm Bill debate is not over.

Lawmakers are working through the Farm Bill, and the House and Senate plan to unveil their versions in mid-to-late April.

The current Farm Bill expires at the end of 2018 — so Congress will need to pass a new Farm Bill, or an extension of the current bill, by then.