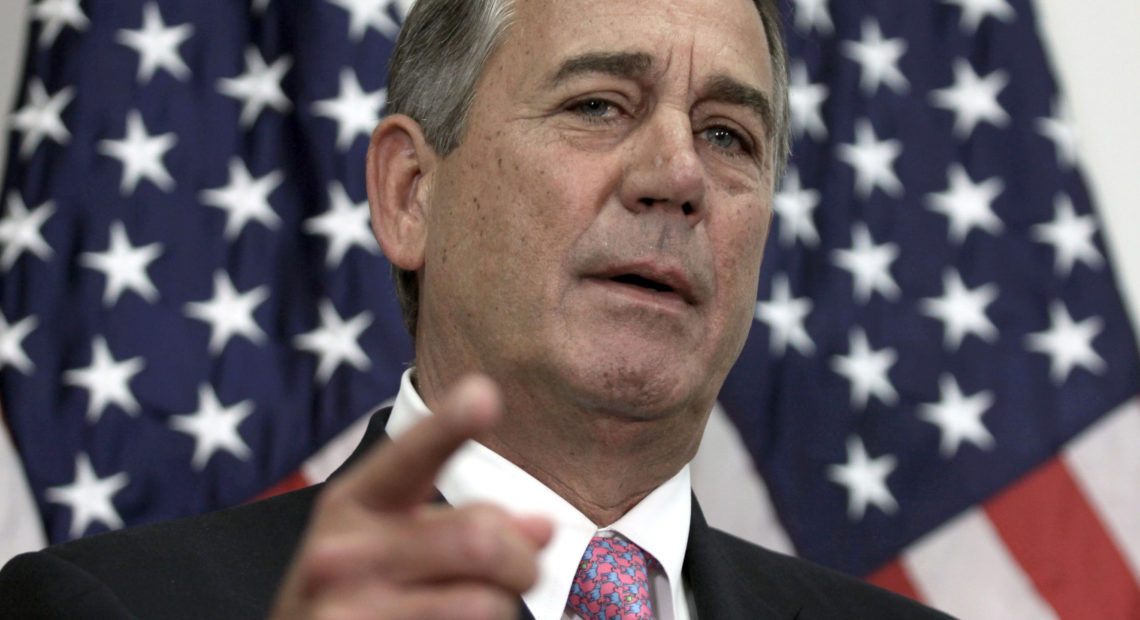 PHOTO: Former House Speaker John Boehner voted to prohibit medical marijuana as a U.S. congressman from Ohio in 1999, but he came out in support of some uses of cannabis on Wednesday. CREDIT: LAUREN VICTORIA BURKE/AP

John Boehner, former speaker of the House, became an unlikely advocate for marijuana on Wednesday.

Reversing years of opposition to the drug when he served in Congress, the Republican announced that his “thinking on cannabis has evolved.”

He tweeted that he was joining the Board of Advisors of Acreage Holdings, a corporation formerly known as High Street Capital Partners that operates cannabis cultivation, processing and dispensing across 11 states.

Boehner said: “I’m convinced de-scheduling the drug is needed so we can do research, help our veterans, and reverse the opioid epidemic ravaging our communities.”

The announcement is a departure from his stance on cannabis use while in office. He voted to prohibit medical marijuana in Washington, D.C., in 1999. Two years later, he wrote a letter to an Ohio constituent, stating, “I am unalterably opposed to the legalization of marijuana or any other FDA Schedule I drug. I remain concerned that legalization will result in increased abuse of all varieties of drugs, including alcohol,” according to NORML, a marijuana advocacy group.

But times have apparently changed. In a joint statement, Boehner and former Massachusetts Gov. Bill Weld, another Republican joining Acreage’s board, said that “the time has come for serious consideration of a shift in federal marijuana policy.”

They reinforced the importance of medical marijuana, stating:

“We need to look no further than our nation’s 20 million veterans, 20 percent of whom, according to a 2017 American Legion survey, reportedly use cannabis to self-treat PTSD, chronic pain and other ailments. Yet the VA does not allow its doctors to recommend its usage. There are numerous other patient groups in America whose quality of life has been dramatically improved by the state-sanctioned use of medical cannabis.”

They say that there are negative consequences to federal policy which designates marijuana as a Class 1 drug — meaning it lacks accepted medical use and has a high potential to be abused. They list consequences as impeding research and preventing the Department of Veterans Affairs from offering the drug to vets as an alternative to opioids.

The Marijuana Policy Project told NPR that Boehner’s decision reflects a change in public opinion on marijuana among adults. “Politicians have traditionally lagged behind the people on this issue, so it is wonderful to see one so adamantly opposed to legalization reversing course like this,” said Morgan Fox, Director of Communications.

Acreage founder and CEO Kevin Murphy said in a written statement that Boehner and Weld’s arrival onto its advisory board will bring about more access for patients in need of medical marijuana “by changing the conversation overnight. These men have shaped the political course of our country for decades and now they will help shape the course of this nascent but ascendant industry.”

Boehner and Weld will join the Board of Advisors immediately, says Acreage, and they have also committed to joining the company’s board of directors once it has been established.

The move comes at a time when the Trump administration has taken steps to scrap policy that enabled states to legalize marijuana.